It appears another safe Galaxy Note 7 has exploded

Samsung reassured its customers that the safe Galaxy Note 7 units that it was handing out as part of the replacement program did not suffer from the same battery issue as the initial batch of its new flagship. The company might find it hard to substantiate that argument if reports of replacement Galaxy Note 7 units exploding keep coming in. Earlier this week we reported on one such incident where the replacement unit exploded on a plane and now there’s a report out of Taiwan claiming that a replacement unit exploded and charred the phone.

A local newspaper report brings us the story of a 26-year-old female named Lai who was walking her dog in the park when her replacement Galaxy Note 7 exploded. The phone was in her back pocket, she first heard a “bang” sound and felt the heat upon which she took the device out of her pocket and threw it on the ground. Lai says that she bought the Galaxy Note 7 when it came out in August and replaced her old unit for a supposedly safe one on September 27.

The newspaper has published pictures of the device as well as the retail box which carries a black dot which is what you need to look for on the box when trying to identify if it’s a safe unit or not. It looks very similar to the Galaxy Note 7 units that have exploded as a result of the battery issue before it.

Consumers’ Foundation of Taiwan has now called on Samsung to suspend sales as well as replacement of the Galaxy Note 7 in the country because continuing to do so would be akin to “sending bombs to customers.” Samsung Taiwan has said in a statement that it’s trying to reach out to the customer to obtain the device so that it can conduct an investigation and find the cause of this incident. 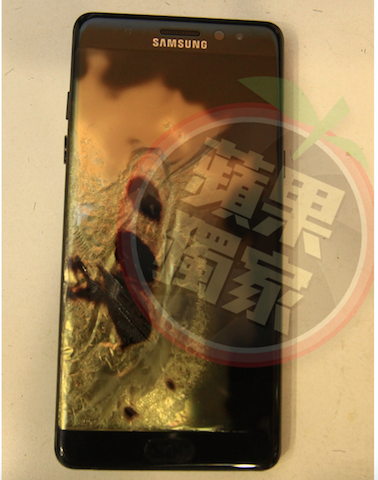 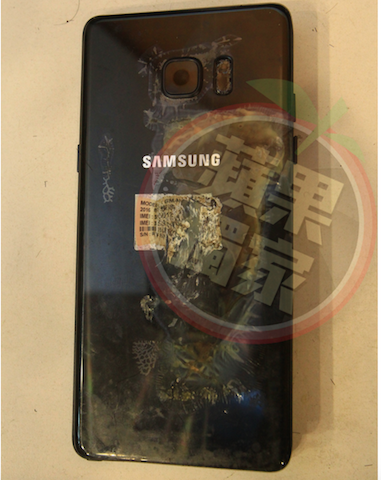 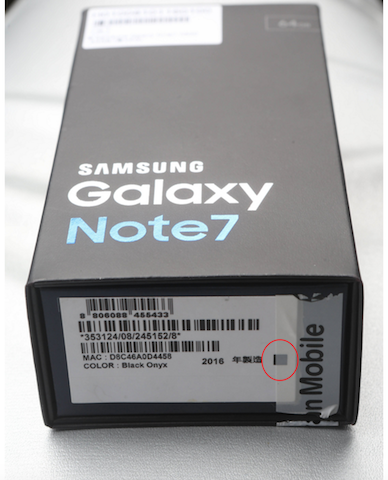 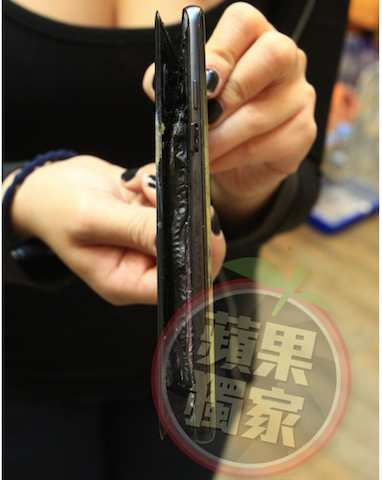