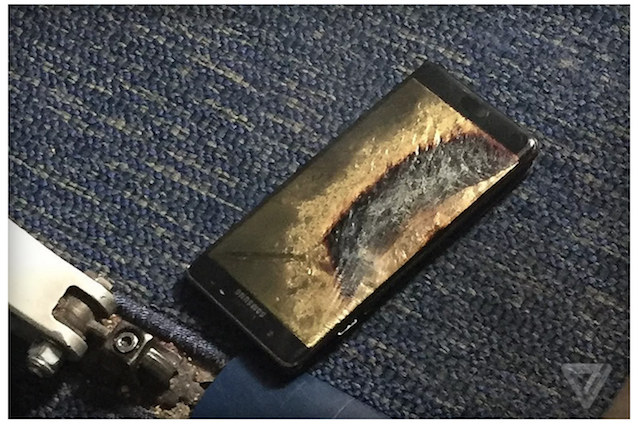 The Galaxy Note 7’s tendency to explode has been well documented over the past month. Samsung initiated a global recall and replaced faulty units with new, safe ones. There have been some reports of issues with replacement units as well but Samsung has attributed most of them to external factors. This might very well be the first proper report of a safe Galaxy Note 7 exploding. A spokesperson for Southwest Airlines has confirmed that a flight from Louisville to Baltimore was evacuated this morning while it was still at the gate because a Galaxy Note 7 unit caught fire and started smoking up the cabin. All passengers were evacuated through the main cabin door and no injuries were reported.

The Verge spoke to the owner of the Galaxy Note 7 who confirmed that it was a replacement unit which was supposed to be safe. He picked up his replacement at an AT&T store on September 21 when replacement inventory was made available in the United States. Brian Green, the owner, shared a photo of the handset’s box which does have a black square that denotes that the unit has a safe battery.

Green said he powered down the handset as requested by the cabin crew and placed it in his pocket when it started smoking. He dropped the phone on the plane’s floor and “thick grey-green angry smoke” started coming out of it rapidly. His colleague went back into the plane after it was evacuated to retrieve some personal items and saw that the phone had burned through the plane’s carpet and even scorched the subfloor.

Green added that the battery had around 80 percent charge when he powered down the phone and that he had only been charging it via a wireless charger since receiving the replacement. The handset was taken away by the Louisville Fire Department’s arson unit for investigation. Samsung is yet to issue a comment on this incident. 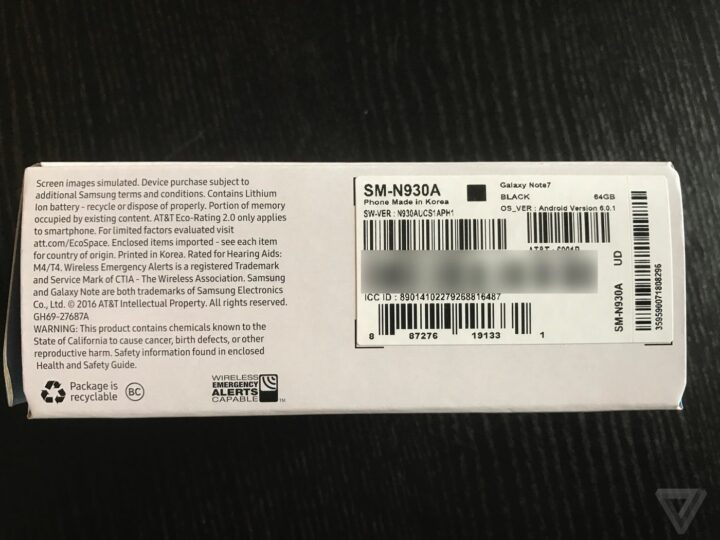 “Until we are able to retrieve the device, we cannot confirm that this incident involves the new Note 7. We are working with the authorities and Southwest now to recover the device and confirm the cause. Once we have examined the device we will have more information to share.”