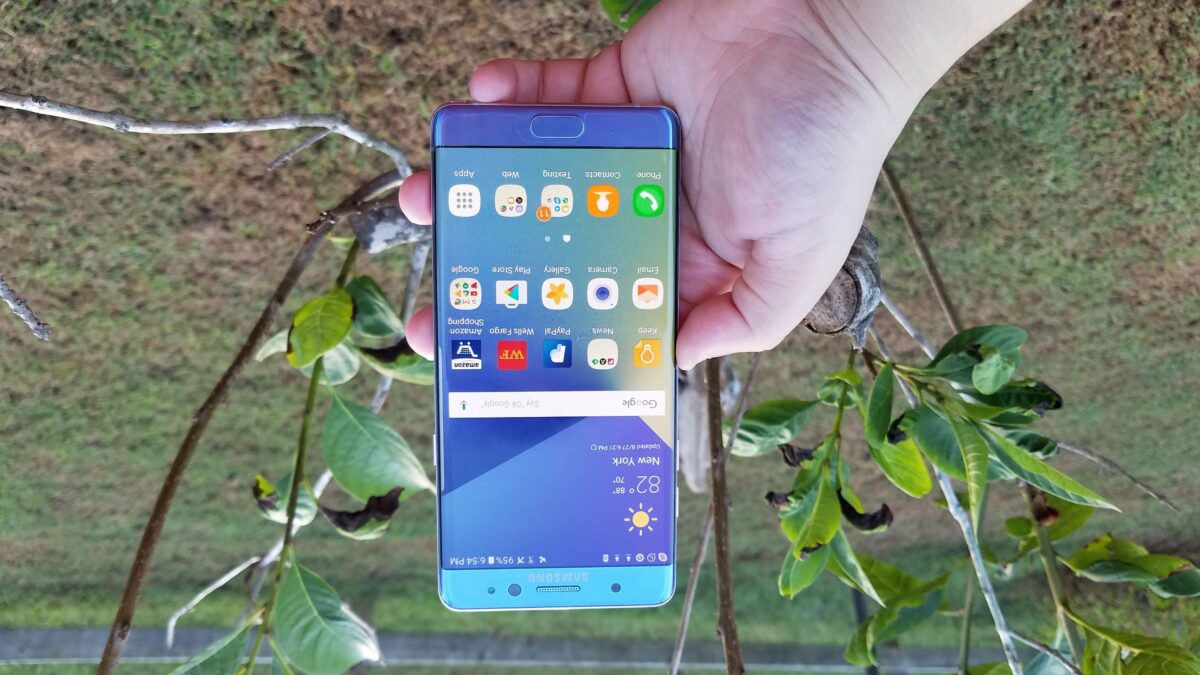 There appears to be no end in sight for the Galaxy Note 7 debacle. This week alone there have been four separate reports of the replacement Galaxy Note 7 exploding in the same fashion as recalled units. Now reports of two new Galaxy Note 7 handsets suffering the same fate have emerged from Samsung’s home market of South Korea. A video has also been posted online which shows one of the handsets emitting smoke.

The video shows the Galaxy Note 7 emitting smoke while it’s lying on a table at a Burger King outlet. An employee wearing protective gloves tries to pick up the device and take it outside. The second unit reportedly caught fire at the Hanwha Eagles baseball park in the central city of Daejeon. Samsung is yet to provide a statement on these incidents, it has previously said that it’s taking all reports of issues with replacement units very seriously.

Following these reports, major carriers in the United States are now allowing customers to exchange their replacement units for any other device in their lineup. Samsung isn’t ruling out a potential safety issue in these units but it hasn’t confirmed anything as yet. If the reports keep coming in and it becomes clear that replacement units are not safe as well, Samsung may have to issue a second recall for the Galaxy Note 7.