The Galaxy A8 is due for an update and there’s enough evidence to suggest that the company is putting the final touches on the Galaxy A8 (2016). It has previously been spotted on GFXBench where some specifications of the Galaxy A8 (2016) SM-A810 were revealed and the handset has surfaced once again on the benchmarking website. It has also received its Bluetooth certification.

The latest benchmark results show that the SM-A810F features a 2.1GHz Exynos 7420 processor coupled with 3GB of RAM, which basically means that it’s going to be a powerful mid-range handset. The handset is expected to come with 32GB internal storage as well as a 5.7-inch display. Specifications revealed previously include a 16-megapixel rear and 5-megapixel front camera as well as Android 6.0.1 Marshmallow. The Bluetooth certification is merely an indicator that all of the necessary processes are being completed before this handset is launched, this is normally taken as an indication of a launch that’s just around the corner. Samsung is yet to confirm when it’s going to launch the Galaxy A8 (2016) and how much it’s going to cost. 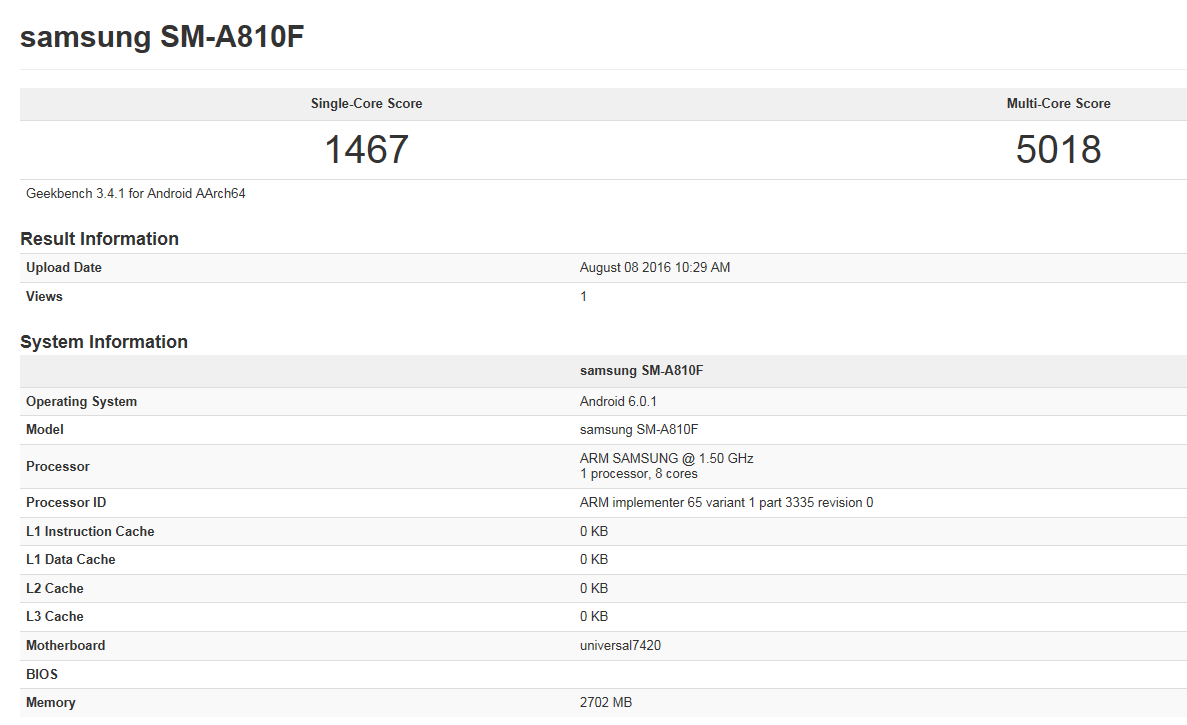 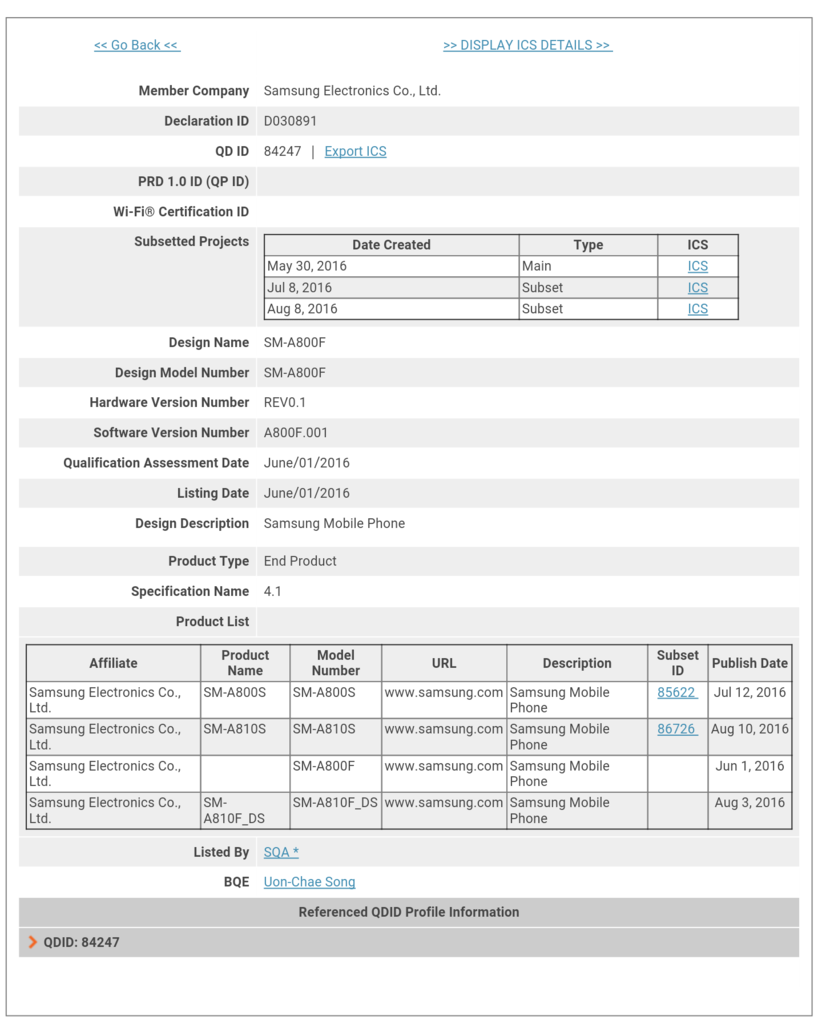