We first found out about two months ago that Samsung has a new Android-powered clamshell smartphone in the pipeline. It’s the successor to Samsung’s Galaxy Folder handset – predictably called the Galaxy Folder 2 – and it looks like the handset is going to be unveiled soon. After making its customary FCC pit stop and being awarded the required Bluetooth certification, the handset has now received its TENAA certification in China.

Previous reports suggest that this handset has a 3.8-inch touchscreen display and that it’s powered by a 1.4GHz Qualcomm processor with 2GB RAM and 8GB of internal storage. It’s also believed to feature an 8-megapixel rear and 5-megapixel front camera, microSD card support, a 2,000mAh battery and Android 6.0.1 Marshmallow. The TENAA certification has also revealed some images of this handset and we can see that Samsung will be offering it in gold. It has now passed a big regulatory step that’s required for a launch in China and the fact that it was also certified by the FCC leaves the door open for a potential launch in the United States. Expect the handset to cost around $250 if Samsung isn’t thinking of increasing the price. 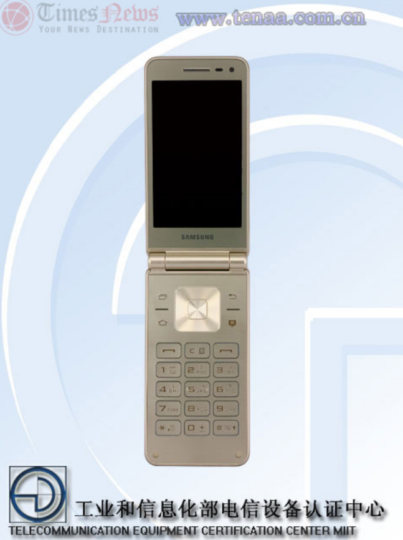 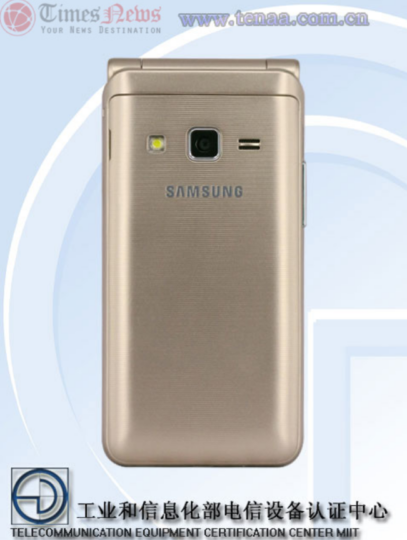 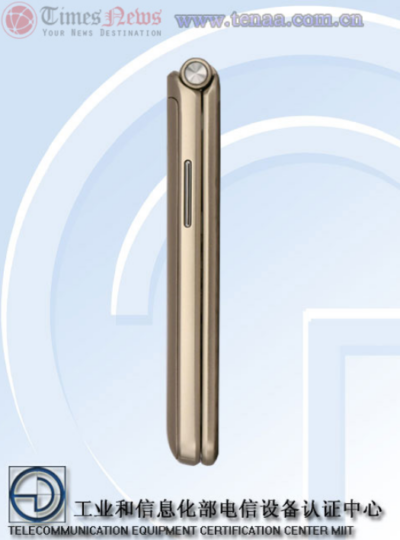