We’ve known for a while now that Samsung is working on a new Android-powered clamshell smartphone called the Galaxy Folder 2. We first caught wind of the device when components to build the unit were spotted in an import listing two months ago, then four weeks later a batch of prototypes were sent to India for testing and evaluation purposes. Now, however, it would appear that the handset is one step closer to seeing the light of day as it has just received Bluetooth certification bearing the model number SM-G1600.

Unfortunately, we don’t have much to go on with regards to specifications. A recent FCC filing revealed that the Galaxy Folder 2 will sport a 2,000mAh battery, but that’s all we know for sure. Speculation suggests that the device will also pack a 3.8-inch touchscreen, a 1.4GHz Qualcomm processor, 2GB of RAM, 8GB of internal storage (expandable up to 200GB via microSD), an 8MP rear-facing camera and a 5MP selfie shooter. It’s also expected to run Android 6.0.1 Marshmallow skinned with Samsung’s TouchWiz UI straight out of the box. 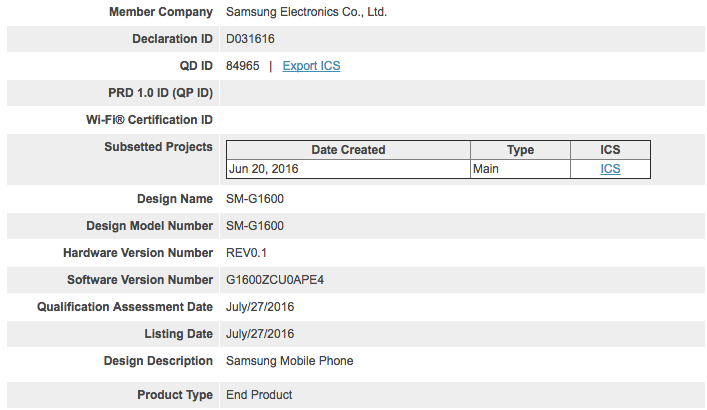 Are you interested in picking up the Galaxy Folder 2 when it hits the shelves? Be sure to let us know your thoughts in the comments section below.