The new mid-range clamshell Android smartphone from Samsung was leaked half a dozen times in the past two weeks. Now, Samsung has officially introduced it as the Galaxy Folder 2 in China. It’s a clamshell smartphone with a 3.8-inch display, a quad-core processor, and an 8-megapixel camera.

The Galaxy Folder 2 (SM-G1600) features a 3.8-inch TFT LCD display with WVGA resolution, an 8-megapixel primary camera with 1080p video recording, and a 5-megapixel secondary camera. Both cameras have an aperture of f/1.9. It runs Android 6.0, and comes equipped with a 1.4GHz quad-core processor, 2GB RAM, 16GB internal storage, and a microSD card slot.

As per Samsung China’s official website, the device comes with separate dual-SIM card and microSD card slots, so buyers can use all at once instead of using either SIM 2 or a microSD card. The Galaxy Folder 2 is compatible with LTE (with support for VoLTE calls), single-band Wi-Fi b/g/n, GPS (with A-GPS, GLONASS, and BeiDou), Bluetooth 4.2, and a microUSB 2.0 port.

Samsung has packed the Galaxy Folder 2 with a 1,950 mAh battery, an accelerometer, a hall sensor, and a proximity sensor. There’s no information as to when the device would be available for purchase and at what price. However, we will update you once we receive more details regarding this matter. 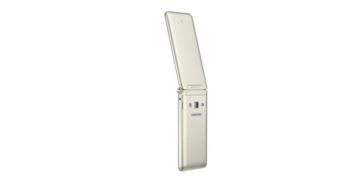 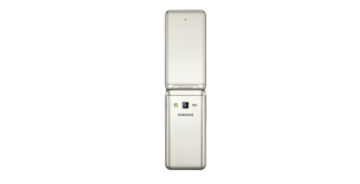 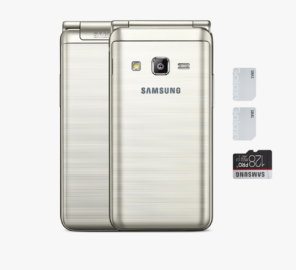 OMG that phone is HUGE! Look at the picture of the guy holding the device! LMAO

Page when translated to english says its “Explosive” :p

Wow, I thought these were obsolete.

Only through Ebay. Oficially only in China.