Aside from being a conventional Samsung tablet, the Galaxy Tab Iris is also an integrated and highly secure biometric device that’s ready for Aadhar authentication. Aadhaar is a 12 digit individual identification number issued by the Unique Identification Authority of India on behalf of the government, it serves as a proof of identity and address for individuals anywhere in India. Any individual in India who is a resident and meets the verification process can enrol for Aadhaar.

The Galaxy Tab Iris will also be useful in providing paperless and cashless services in various industries like banking as well as eGovernance services like taxation, passport, education and healthcare. It will support government benefit programs and allow banks and financial institutions to easily process an individual’s authentication, regardless of any language or literacy barriers. An Identity SDK is also being offered so that app developers can leverage the iris recognition technology to build apps for payments, financial inclusion, and authentication.

The tablet looks and feels like a quintessential Samsung tablet. It features a 7-inch display, 8GB storage with microSD card support, a 5-megapixel rear camera for pictures and document scanning, USB OTB Host support, 3,600mAh battery as well as support for 14 local languages. It has a dual-eye scanner for contactless iris scanning and greater security.

Samsung has showcased its iris recognition technology properly for the first time with the Galaxy Tab Iris and this is a good sign. Its latest trademark registrations already hint that the Galaxy Note 6 will feature an iris scanner and this latest development only makes it seem more likely that the company’s next flagship will be its first to feature an iris scanner. 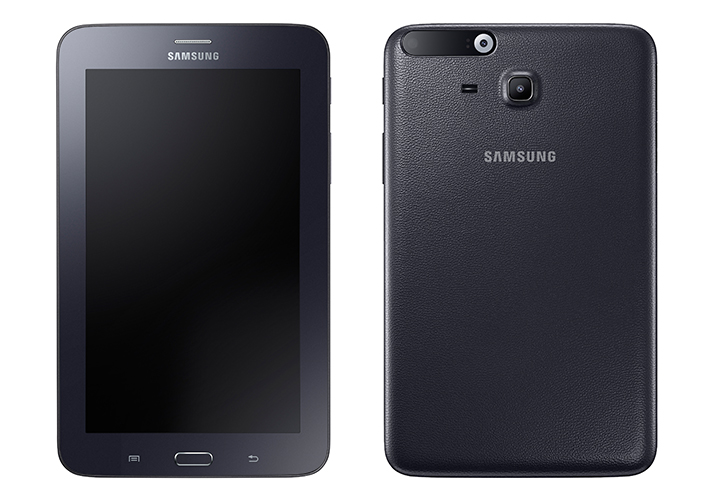 [Poll Results!] Should the Galaxy S9 iris scanner be ditched for a display-based fingerprint sensor?

There have been countless rumors that the Galaxy S9 might feature an optical fingerprint sensor. What that means is that the sensor will be integrated into the display itself. This was also rumored for the Galaxy S8 as well but Samsung decided against it because apparently, the technology wasn’t ready. Do you think the Galaxy […]

Berlin-based Chaos Computer Club recently demonstrated how the Galaxy S8’s iris scanner could be tricked. The method involved using a printed infrared image of the human eye attached to a contact lens. That was all they needed to trick the iris scanner into unlocking the device. Iris scanner functionality is still rare on smartphones so […]

It has almost been a month since Samsung released the Galaxy S8 and Galaxy S8+. Many of you got the new flagship on April 21, the day it was released, and would by now have settled into a routine with your new device. Since the Galaxy S8 offers more screen lock security features than any […]