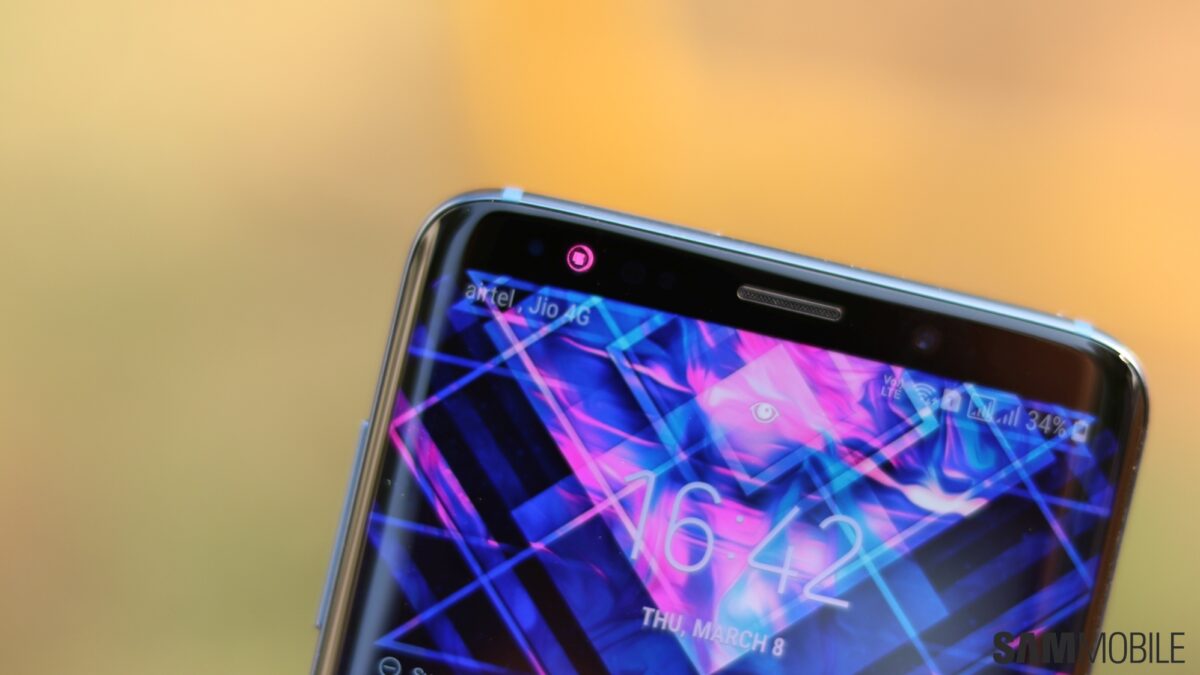 Many of you probably know the answer, and some of you are likely to have the same reason as me for not using iris or facial recognition on the Galaxy S9 or S9+. But if you’re wondering why I wouldn’t use such convenient features on a flagship phone, well, it’s simple: I don’t need to because the fingerprint sensor on the Galaxy S9 is right where it needs to be.

From convenience to necessity

When the Galaxy Note 7 was introduced with an iris sensor on-board, it brought convenience that people didn’t actually need, as the front-facing fingerprint sensor meant you could just press the home button to unlock the device as everyone had been doing for so long. Then the Galaxy S8 and Galaxy S8+ came out, and the iris sensor – along with facial recognition – became a necessity. The fingerprint sensor was sent to the back, and while that’s standard fare in the smartphone industry, Samsung chose to put the fingerprint reader next to the camera and not below it as logic would dictate. It was hard to reach for many consumers, yes, but it also wasn’t suitable for those who use a phone with their left hand.

Combined with the pressure-sensitive software home key, which one can press down on to directly go to the home screen, iris and facial scanning on the Galaxy S8 alleviated the messed up ergonomics of the fingerprint reader to some extent. I quickly adjusted to the iris scanner on the S8+ and skipped using the fingerprint sensor, and I’m sure I’m far from the only person who did the same when they purchased the Galaxy S8 or S8+ (particularly the latter, which is considerably taller than the regular S8).

But for those of us who couldn’t be bothered to put in the time to adjust to the Galaxy S8’s fingerprint sensor, the Galaxy S9 was a godsend. Or, well, what the Galaxy S8 should have been from the start. Apart from the first couple of weeks where I was using the Intelligent Scan feature (which uses iris and facial recognition in tandem) on my Galaxy S9+, I have stuck to using just the fingerprint sensor for unlocking the phone and accessing features like Samsung Pay. It’s been much easier to learn not to touch the camera by mistake when tapping or swiping the fingerprint sensor on the S9, compared to learning to adjust to the awkwardly placed sensor on the S8.

Samsung’s habit of putting the rear camera at the center instead of the corner like the competition means even the center alignment of the fingerprint reader isn’t ideal. A rear-mounted fingerprint sensor also means you have to pick up the phone off a table in order to use it. Then again, that limitation also applies to iris or facial scanning unless you keep your phone propped up a dock, or Samsung’s wireless charger, in front of you, at a distance that’s close enough for either of those functions to work.

What about you? Are you using iris or facial recognition on your Galaxy S9 or S9+, or have you just set up the fingerprint sensor like me? Sound off in the comments!