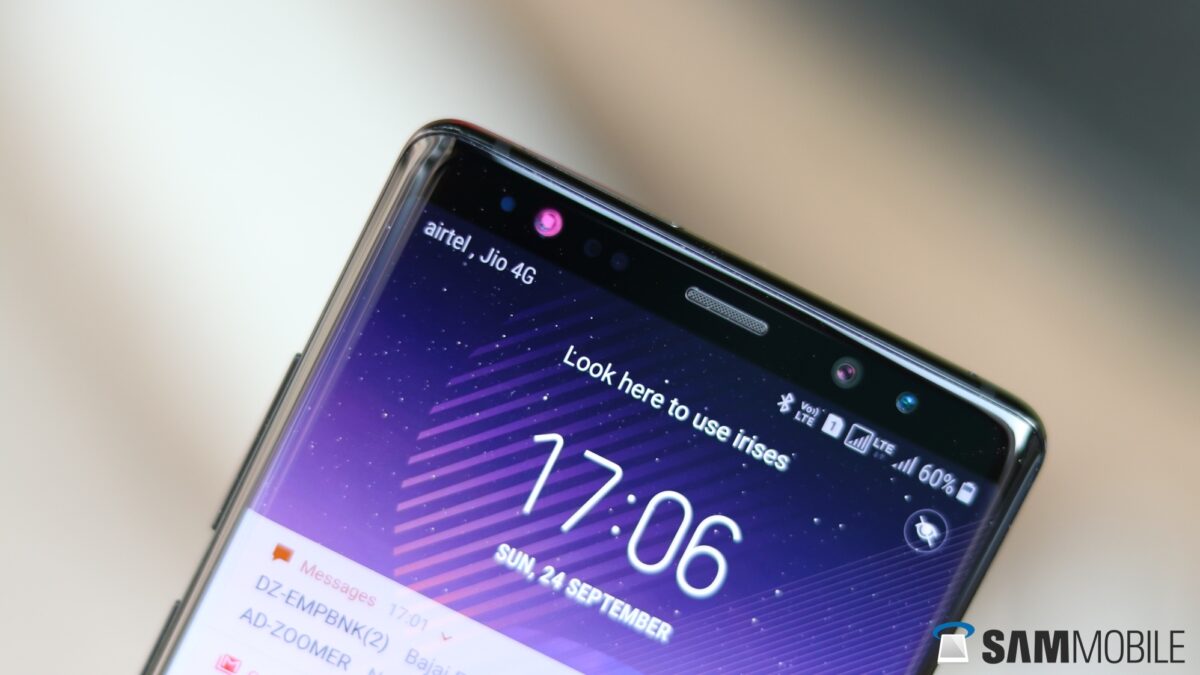 The Galaxy S10 iris scanner might be on the chopping block. This biometric authentication technology was first introduced by Samsung in 2016 with the ill-fated Galaxy Note 7. It has been a staple on all flagship Galaxy S series and Galaxy Note series handsets since then.

The company will presumably be doing away with the iris sensor for the reason that it can stretch the display even further. Seems like the idea here would be to achieve a more impressive screen-to-body ratio on the upcoming flagship.

According to a report out of South Korea, the in-display fingerprint sensor will be the only biometric authentication solution on the Galaxy S10. Samsung is reportedly going to ship all three models of the Galaxy S10 without the iris scanner.

The more affordable Galaxy S10 is expected to ship with an optical in-display sensor or a side-mounted sensor like the Galaxy A7. The other two models are said to get an ultrasonic in-display sensor, Qualcomm’s best.

Samsung has positioned iris recognition as a key feature of its flagship smartphones in recent years. It will not have made the decision to remove it lightly. It’s possible that Samsung feels the display fingerprint sensor technology has evolved enough to eliminate the need for a second biometric solution.

Samsung has also hinted at how it will go about destroying the notch. The Galaxy S10 won’t have one. Its front camera will reportedly be underneath the display. The iris scanner may also have been removed to realize Samsung’s vision of a notch-less full-screen smartphone.

Do you tend to use the iris scanner often? How would you feel if the Galaxy S10 came without it? Share your thoughts with us in the comments below.