Well, here’s something to send you into a tizzy. At the Galaxy A9s and Galaxy A6s launch event in China today, Samsung teased a new phone called the Galaxy A8s, and it looks like this will be the Korean giant’s first smartphone with a truly all-screen design. There’s no notch on the thing, but according to Chinese leakster Ice universe, the Galaxy A8s will have a hole drilled into the display to accommodate the front camera.

Don’t want a notch? How about a hole? 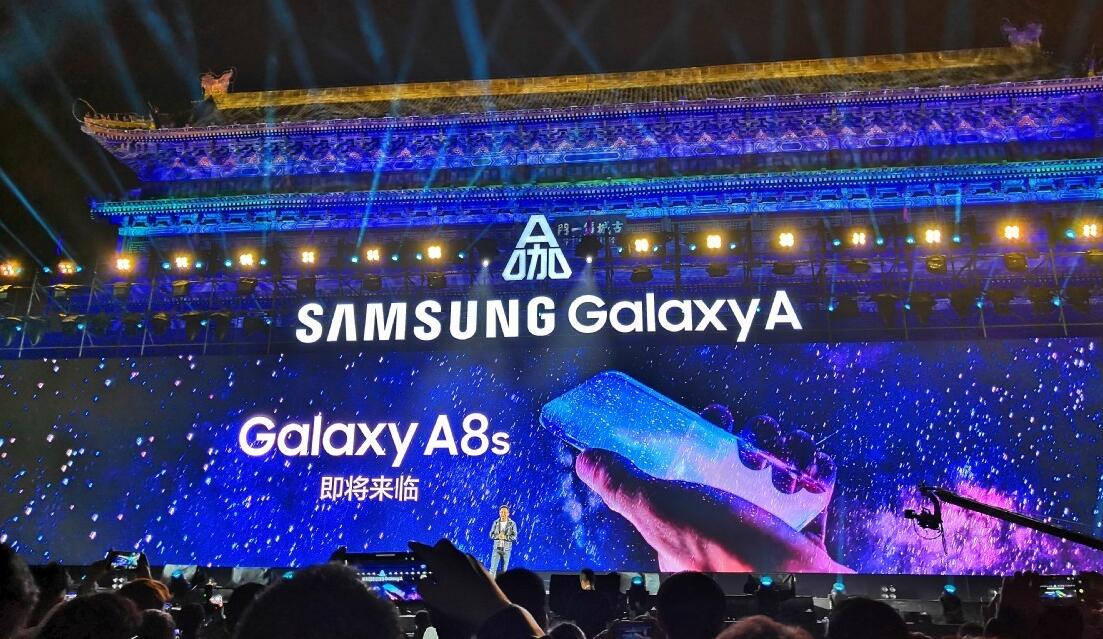 Yes, we’re wondering the same thing: How is a hole any better than a notch? It would still get in the way when you’re watching videos, even if it won’t be as big as the notches on competing devices nor have to be in the center of the display. Samsung’s official teaser at the event doesn’t seem to have any obstruction on the display, so will the camera possibly be under the display or will the display just turn off that part when you’re using YouTube or Netflix?

There are a lot of questions here, and it might be a while before we get proper details as the Galaxy A8s is reportedly coming out in early 2019. But we sure are excited. Nay, we’re positively drooling over the not-so-mysterious tease, especially since this could be the precursor for the Galaxy S10’s no-notch display. Fingers crossed Samsung has the answer to the question no one in the industry has answered yet, at least not without involving moving mechanical parts anyway.

What do you think? Is a hole that’s only as big as the camera sensor instead of a notch a better solution, or at least one that can tide us over until the Galaxy S10 arrives? Let’s discuss in the comments!

Update: The original source that suggested the idea of holes in the display has now taken it down. Not that that changes anything, as there’s no info on exactly what the Galaxy A8s will offer.

The 3.5 mm headphone jack started disappearing from smartphones after Apple launched the iPhone 7 without one back in 2016. Chinese manufacturers Oppo and Vivo had released a few phones without a headphone jack before Apple, but it was the iPhone 7 that started the trend. Fast forward to 2019, and Samsung is perhaps the […]

The Galaxy A8s is receiving the Android Pie update in China. The Galaxy A8s was Samsung’s first phone with a punch-hole design, with the front camera residing in a cutout on the top left corner of the LCD display. Samsung later launched the A8s as the Galaxy A9 Pro in South Korea but hasn’t launched […]

Samsung has announced two new gradient color options for the Galaxy A8s, its first smartphone with a punch-hole display. These were shown off last month and are going to be available for purchase starting Valentine’s Day. They’re both beautiful options and should have universal appeal. The initial colors were gradients as well, but those simply went […]

Samsung has shown off the Galaxy A8s FE which it will release on Valentine’s Day next month. It had mentioned this variant when the Galaxy A8s was originally launched in China last month. It has been designed with women in mind. The “FE” designation might remind you of the Galaxy Note 7 FE where it […]

Samsung hasn’t confirmed anything about the Galaxy A8s launch in South Korea but the possibility still exists. Local news outlets are suggesting that Samsung’s first Infinity-O display smartphone is going to be launched on its home ground later this month. The Galaxy A8s has only been released in China so far. Some circumstantial evidence has […]