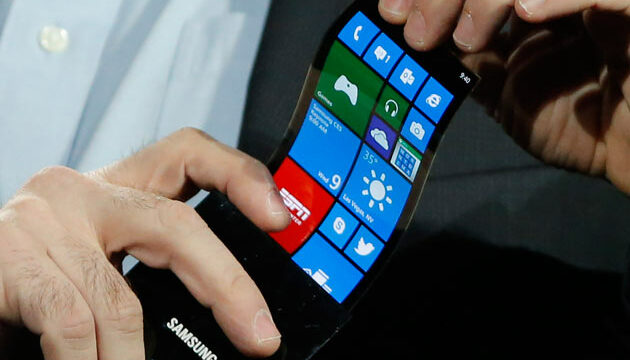 It’s no secret Samsung has been working on a truly foldable phone for, well, ages. An unusually recent patent application reveals just such a device, in what seems to be an advanced stage of development.

Unlike most design patent applications, which are sometimes years old at the time of publication, the one published today was filed merely two weeks ago, giving us a very up-to-date look at what Samsung’s R&D department is up to. In between a myriad of technical details, two images show a phone that is a step or two past the general concept stage.

Almost a year ago, we exclusively confirmed Samsung was working on a foldable device codenamed Project Valley with dual displays. That device was originally set to be released early this year in several European countries and South Korea, carrying modelcode SM-G929. Needless to say it never made it to market.

However, more recent rumors stated Samsung is still on track to release a foldable phone in the second half of 2016. We believe this is a different device from the one rumored last year, and the new images clearly show a phone with a single, large display as opposed to the dual display setup believed to be part of the original plans.

Of course, as with all design patents, there is no way to tell if and when the device shown makes it to the marketplace. Still, the fast publication of this application could suggest Samsung is in a rush to patent its current technology and designs. The second half of 2016 isn’t all that far away, after all. And at least, these designs give us an interesting glimpse into what is currently cooking in Samsung’s kitchen.

Samsung aims to launch its foldable smartphone next year, according to …

Samsung’s foldable smartphone may transform into a 7-inch tablet …