[Updated] Galaxy Note 5 and Galaxy S6 edge+ get another update, same changelog as before 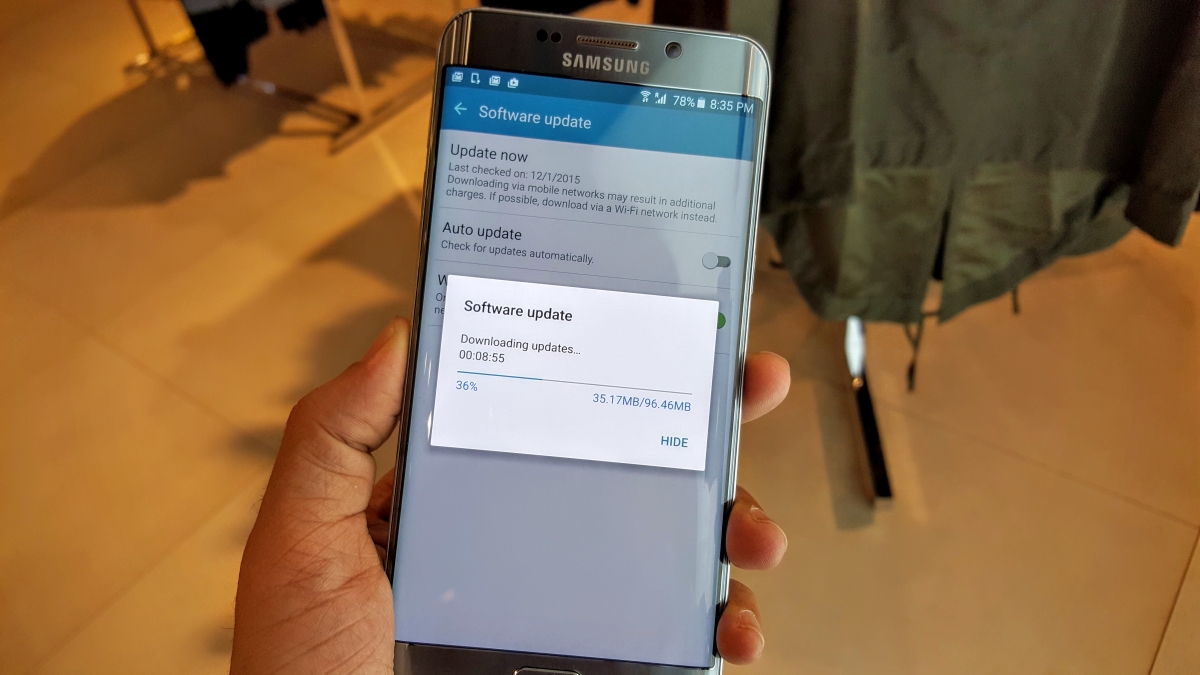 Both the Galaxy Note 5 and Galaxy S6 edge+ got their first software update at the same time, and the two 5.7-inch flagships are now getting another update together. Our Indian units of the Note 5 and S6 edge+ have received an update around 100 MB in size, with a changelog that’s similar to the first OTA that rolled out a month ago. The changelog mentions improved call quality, improved security, and “Battery usage optimization”, which is a feature that was added with the first update and saves battery life by stopping apps in the background.

The update also includes the general Android security patch for the month of November, though we’re not sure if this patch came out the last time Samsung upgraded these devices. The build numbers for the Note 5 and Galaxy S6 edge+ firmware are N920GUBU2AOK3 and G928IDVU2AOK8; we didn’t get the notification for the update automatically and had to do a manual check to make them show up, which means the rollout started very recently and hasn’t spread out to a large number of users yet. If you haven’t received a notification either, make sure to head into the Settings » About device » Software update menu and hit the Update now button to rectify that.

Update: As our readers pointed out, this update fixes the issue that would cause the Note 5 and S6 edge+ to sometimes lag when a user would wake up the screen, and also brings back the text detection option (optical character recognition, aka OCR) in the Note 5’s Smart Select feature. We can confirm this as the OCR option was missing before the update hit, but we will have to use both devices for a few more days to see if the screen wakeup issue has actually been fixed.