Samsung confirms rotating bezel ring for the Gear A smartwatch 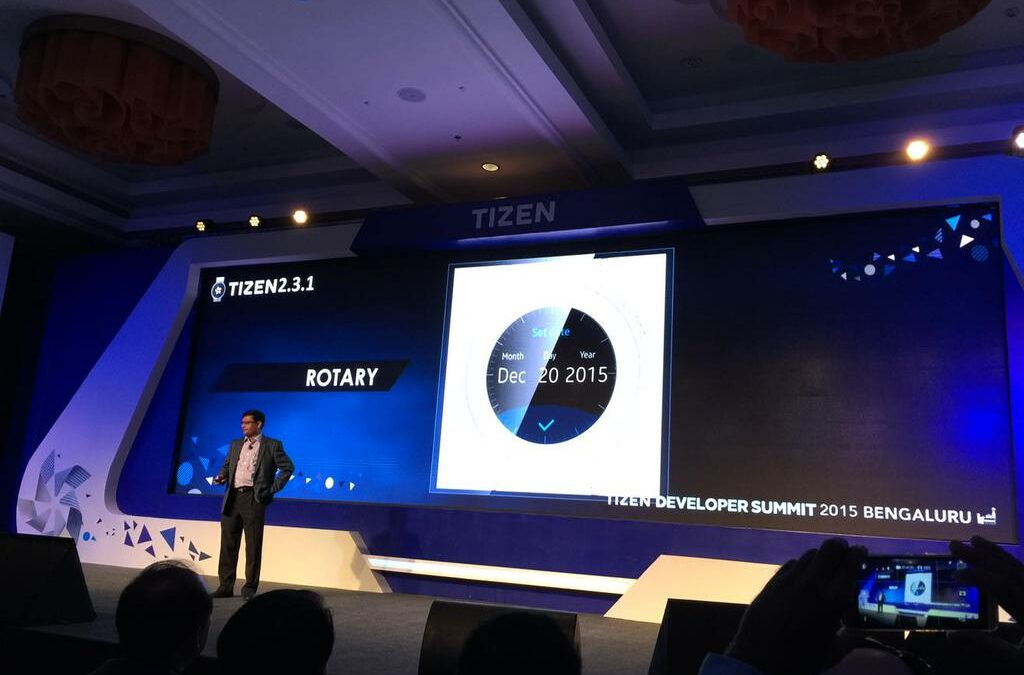 It has been a long time since Samsung has launched a smartwatch and many expect that the company will finally unveil the Gear A a.k.a Orbis at its event next month. While that remains to be seen the company did confirm today that its next smartwatch is going to have a rotating bezel ring, something which we have already told you about quite a long time back. The confirmation comes from Samsung’s Tizen Developer Summit 2015 in Bangalore, India, SamMobile is on the ground and tweeting live from the event.

Earlier this month we exclusively reported on the Gear A’s specifications which include an Exynos 3472 dual-core processor with 768MB RAM, 4GB internal storage and a 250mAh battery. Bluetooth 4.1, Wi-Fi (802.11 b/g/n), gyro, GPS, barometer and heart rate sensors will be present as well. The smartwatch’s display will have a 360×360 pixel resolution adorned with a rotating bezel ring to help with the navigation. Samsung has an event scheduled for August 13 and it’s likely that the company might announce the Orbis, we’ll just have to wait and see if that happens.