Alleged image of the Samsung Galaxy S6 prototype leaks, appears to be fake

A few hours ago, an alleged image of one of the older prototypes of the Galaxy S6 surfaced on the Internet. We have confirmed with our insiders about the authenticity of this image, and according to them, the image isn’t genuine, even though the placement of the camera sensor, LED flash, and the heart-rate monitor matches up with the case, which was leaked yesterday. We were the first ones to report that Samsung is developing the Galaxy S6 right from scratch, and that it is internally codenamed as ‘Project Zero‘.

The Galaxy S6 is supposed to be unveiled during Samsung’s event at the MWC 2015, and might feature a QHD Super AMOLED display, an Exynos 7420 SoC with an octa-core 64-bit CPU (which edged out the Apple A8 in benchmarks), 3GB RAM, and TouchWiz based on Android 5.0 Lollipop. It will most probably be equipped with a 20-megapixel primary camera with 4K video recording, and a 5-megapixel secondary camera. It will also also feature a touch-based fingerprint sensor,  and a metallic frame construction with glass on the front and the back. 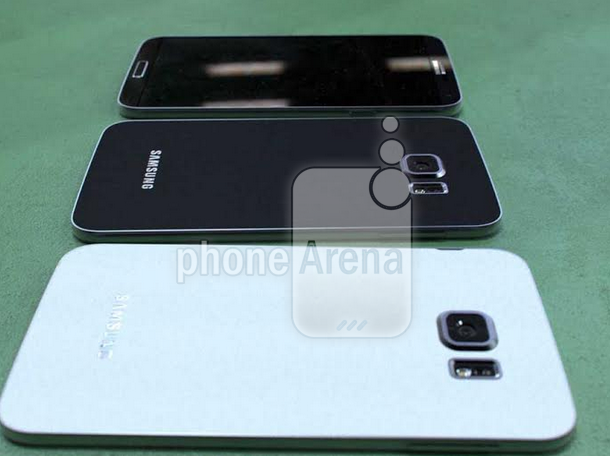