Yesterday, the Exynos chip that will be powering the Galaxy S6 was spotted on the Geekbench benchmark database, featuring performance scores that were higher than all the competing high-end mobile chipsets. We decided to compare the Exynos 7420 to the Apple A8 chip that is found on the iPhone 6 Plus, and as the results show, the former holds a noticeable edge in benchmark performance. This shouldn’t be too surprising given the Exynos 7420 is a considerably newer chip, but on the Galaxy S6, we will likely see it make a significant impact compared to what we’ve seen with new Exynos chips on previous Samsung handsets.

That’s because the Korean manufacturer is working on optimizing the software on the Galaxy S6 to a near-stock Android level, meaning the Exynos 7420 should be able to offer real-world performance that matches its benchmark caliber. Given TouchWiz’s poor optimization in its current form, the high benchmark scores of Exynos chips in the past have rarely resulted in the smooth and fast experience an iPhone has typically provided, but with the Galaxy S6 and future Samsung devices, we will likely see this trend change. 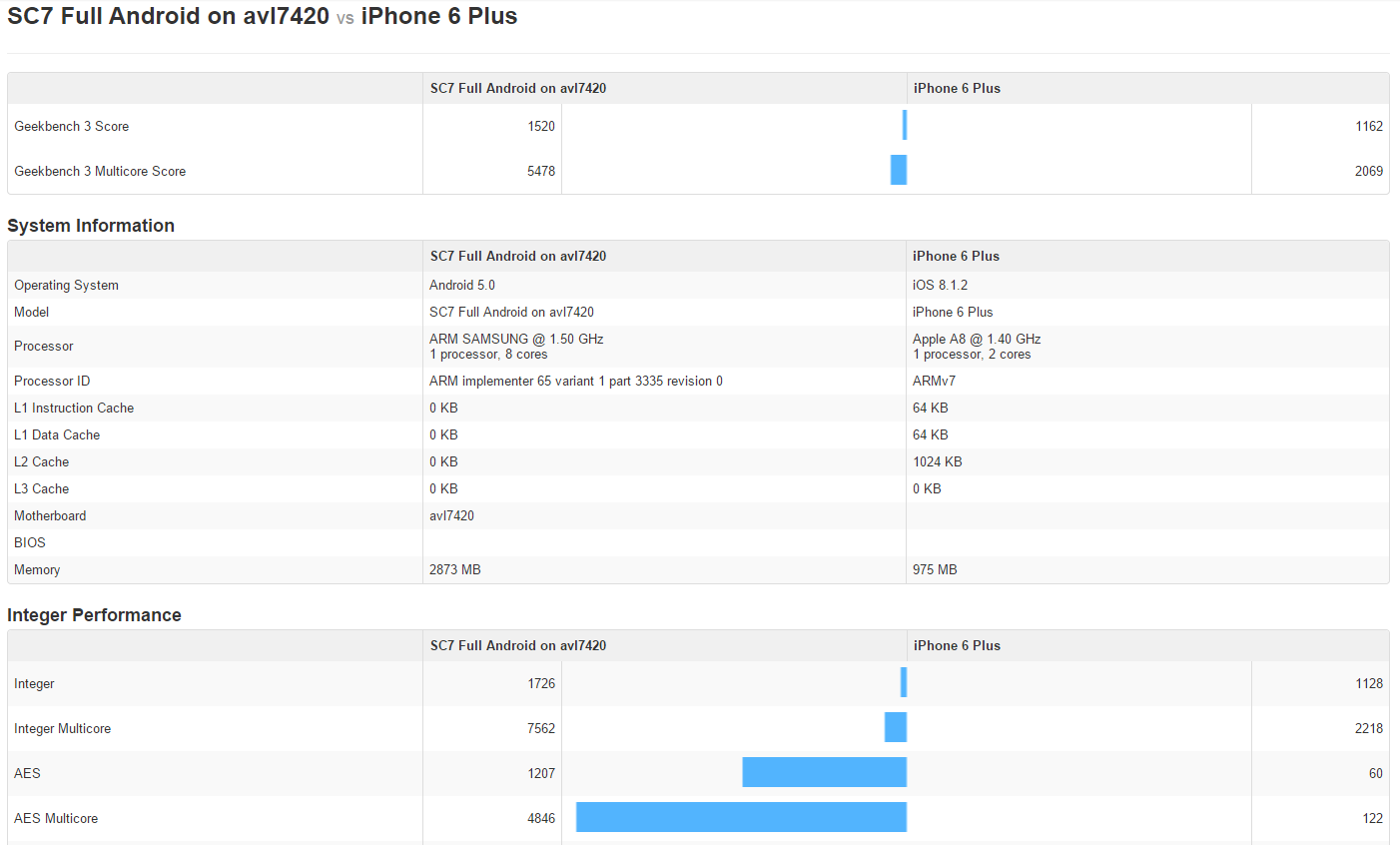