There’s been a lot of talk about what SoC, between the Snapdragon 810 and the Exynos 7420, the upcoming Galaxy S6 would feature at launch. While there’s plenty information available about the Snapdragon 810, we don’t know much about the Exynos 7420… that is, until now. The SoC was spotted at the Geekbench 3.0 database moments back, and the listing gives a fair insight at how the SoC will fare at daily tasks, thanks to benchmark figures. In the single-core and multi-core tests, the Exynos 7420 scores 1520 and 5478 points respectively;. This probably comes from a prototype of the Galaxy S6 that was used to perform benchmark tests. Additionally, the 1.5GHz clock frequency on the listing suggests that could be the slower Cortex-A53 in action.

Most listed specifications are in line with previous leaks and rumours. However, the listing mentions the prototype to have 3GB of RAM, which is in contrast to previous leaks which have pointed at a possible 4GB of on-board RAM on the Galaxy S6. 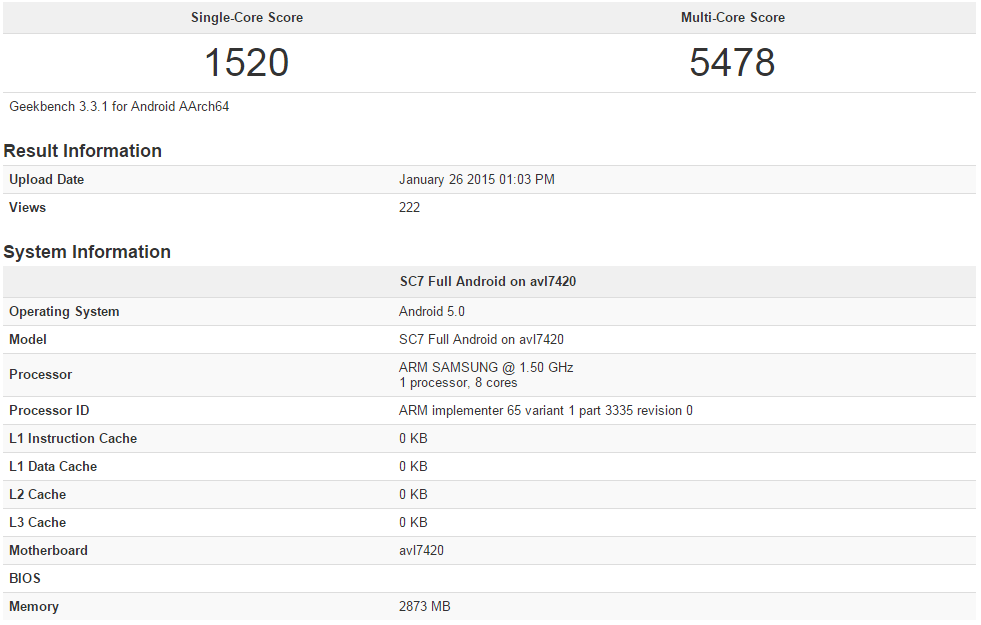 Meizu launches the Pro 5 with Exynos 7420 processor from Samsung

Meizu’s upcoming high-end smartphone will be powered by Samsung& …