The Samsung Galaxy S6 appears in benchmarks again, this time with a 16-megapixel camera

After appearing on the benchmarking app AnTuTu last week, the Samsung’s upcoming flagship smartphone has once again shown signs of existence. The SM-G925F, which we believe to be an European version of the Galaxy S6, has now been spotted on AnTuTu benchmark with one important difference in specifications. Unlike the last one, which gave signs of a 20-megapixel primary camera, the latest entry in the benchmark shows a 16-megapixel camera. This means that Samsung might be testing two different prototypes with different camera sensors before settling with the final option. As per our exclusive reports, Samsung is working on their next flagship, the Galaxy S6 (also codenamed as ‘Project Zero‘ internally), from scratch. It might feature a 5.5-inch QHD Super AMOLED display, a 64-bit Exynos 7 Octa processor, Mali-T760 GPU, 3GB RAM, 32GB storage, and Android 5.0 Lollipop. 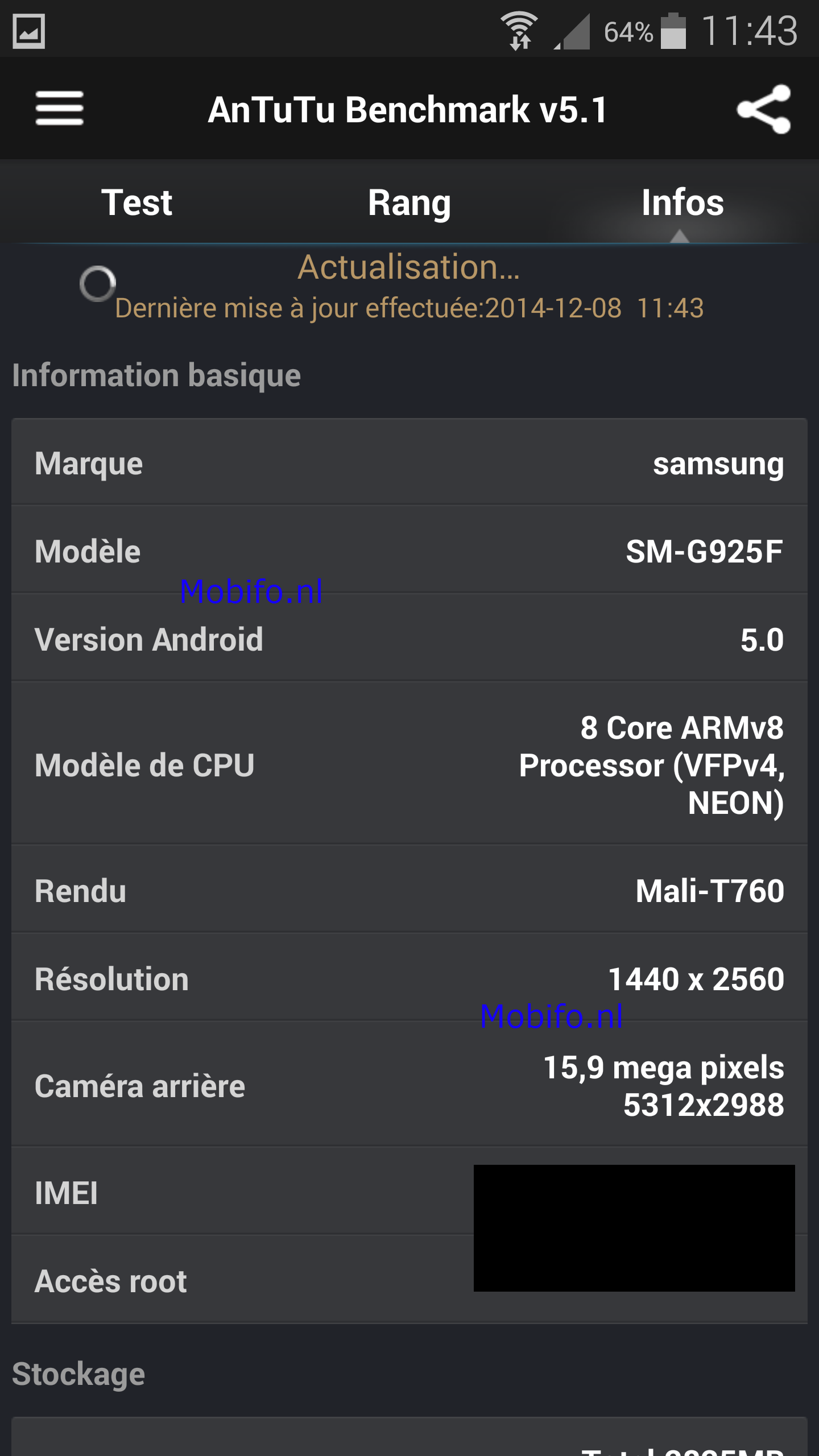