The Galaxy Grand Prime recently leaked on a Vietnamese website, and now, Samsung has made the newest variant of its popular Galaxy Grand lineup official in India. The Galaxy Grand Prime holds the crown for being the first Samsung smartphone with a 5-megapixel front-facing camera, though it certainly won’t be the last as all of Samsung’s upcoming Galaxy A smartphones will also feature 5MP front cameras. Samsung is touting a feature it calls ‘Groupfie’, a not-so-fancy title for taking selfies with a group of people, thanks to the 85 degree wide-angle lens of the front-facing camera.

Other than the high-resolution front camera, the Galaxy Grand Prime features middling specs as befits the mid-range nature of the Galaxy Grand lineup. It has a 5-inch qHD (540×960) display, a quad-core 1.2GHz processor, 1GB of RAM, 8GB of internal storage and a microSD slot, an 8-megapixel rear camera, dual SIM slots, and a 2,600 mAh battery. The phone runs on Android 4.4, with the version of TouchWiz UX that is present on the Galaxy S5, and will be made available for sale sometime in October in white and grey color options.

The price of the Galaxy Grand Prime has been set at Rs. 15,499 (around $250), a price that will make it hard for Samsung to sell the phone in a market like India as the Galaxy Grand Prime will go up against devices like the Xiaomi Mi 3, the new Moto G, and the ASUS ZenFone 5 in the country. All these smartphones feature much better specs at a lower price, though the fact that they are all exclusively sold online should work in Samsung’s favor, as the majority of smartphone sales in India continue to happen offline. 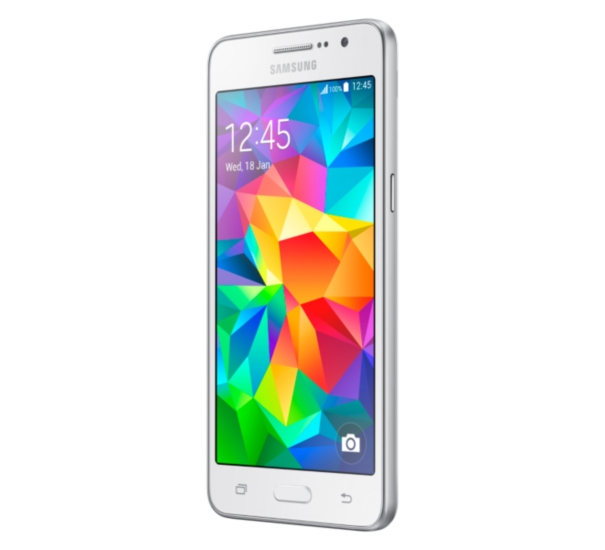 Samsung appears to be working on yet another mid-range handset. It has nearly been two years since the Galaxy …

Kids and smartphones. It’s a never-ending debate for parents who cannot place their children in a hut while …