The dual SIM variant of Samsung’s second-generation Galaxy Grand is now making the jump to Android 4.4.2 KitKat, a little less than six months since its launch. The update seems to have debuted in India, which isn’t surprising considering the Galaxy Grand lineup has been a huge success in the country, and carries build number G7102XXUBNG4. We are not aware of a changelog, but it should offer all the features of KitKat – white status bar icons, improved performance, wireless printing support, option to select the default home and messaging apps, expanded emojis, closed captions support, updates for various Samsung apps, and more.

The update only seems to be available over the air at the moment, and should begin making its way to other regions in the coming days (for both the single and dual SIM variants.) Check out the screenshots of KitKat running on the Galaxy Grand 2 below, and do let us know if you have received the update on your device. 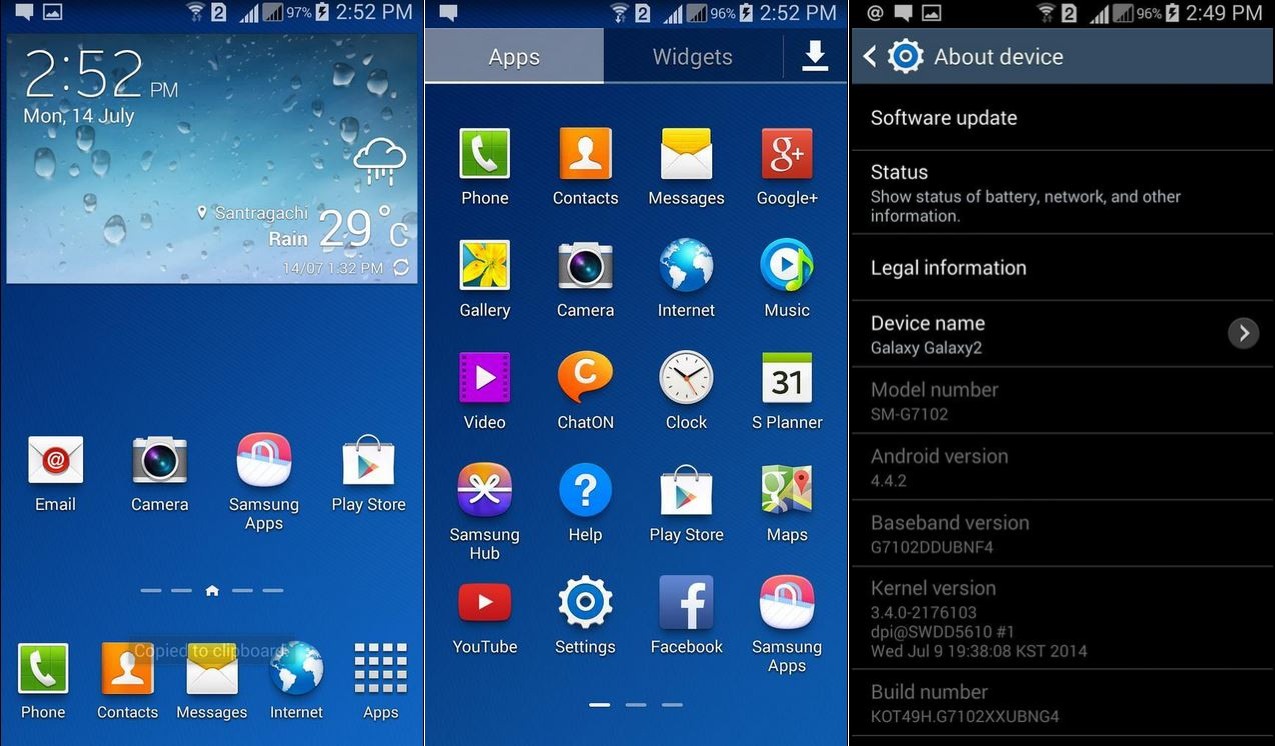