Yesterday, in a blog post, Samsung gave a passing hint that it could be announcing new wearable devices at CES next week. Now, the company has taken to Twitter to tease the fact in a more in-your-face manner – Samsung UK has posted an image that shows the Galaxy Gear on the left and an empty space on the right, boasting the Galaxy Gear’s launch in 2013 on one hand, while asking “what’s next” just below the empty space.

Now, the tweet is accompanied by the question “What do you want Samsung to unveil in 2014?”, so it’s not entirely certain that this is a teaser for a soon-to-be-announced wearable device. However, with just a few days to go before CES kicks off, the teaser does hint at the possibility of a new product that becomes a companion to a Samsung smartphone or tablet, like the rumored Galaxy Band (which, according to other rumors, is to be unveiled at MWC in February) or, if Samsung has somehow managed to work faster than even Google and keep things a secret, wearable glasses called Gear Glass.

It’s all speculation for now, however, so don’t place your bets on any particular wearable device just yet. 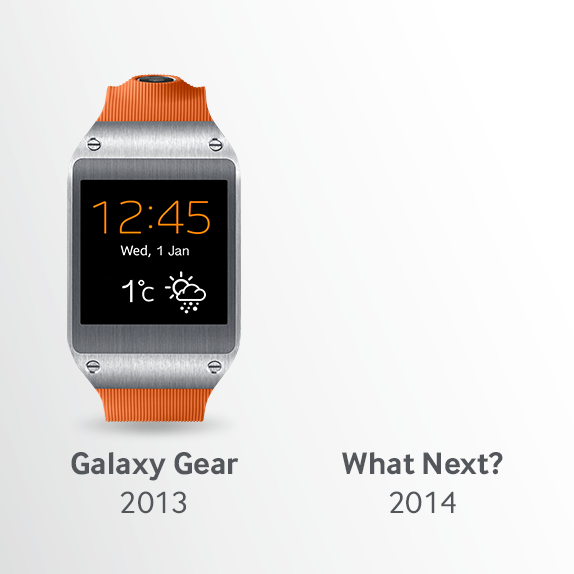