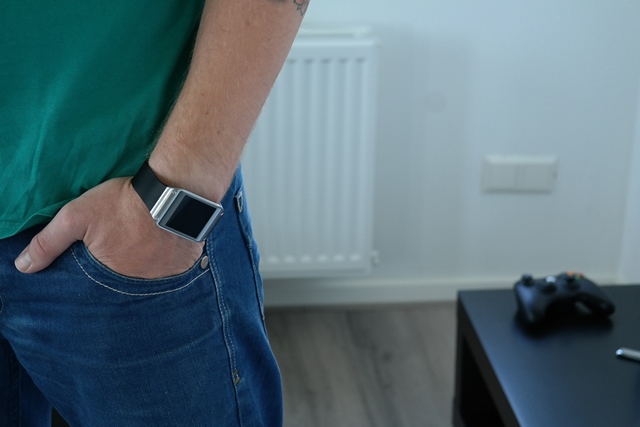 In our opinion, the Galaxy Gear does look reasonable. The band could be slightly wider and thicker: for example, the placing of the camera leaves a big bump on the wrist band. The clock itself has a nice big display and the four screws give it an industrial look. However, the Galaxy Gear is slightly too thick, though it doesn’t weigh too much. The Galaxy Gear is currently the largest smart watch on the market with the most features, so increases in size are expected, at least for the first-generation model. We expect that the negatives in the user experience will improve with the Gear’s successors, which we expect (and would prefer) to sport a flexible OLED display, which will go into mass production next month. 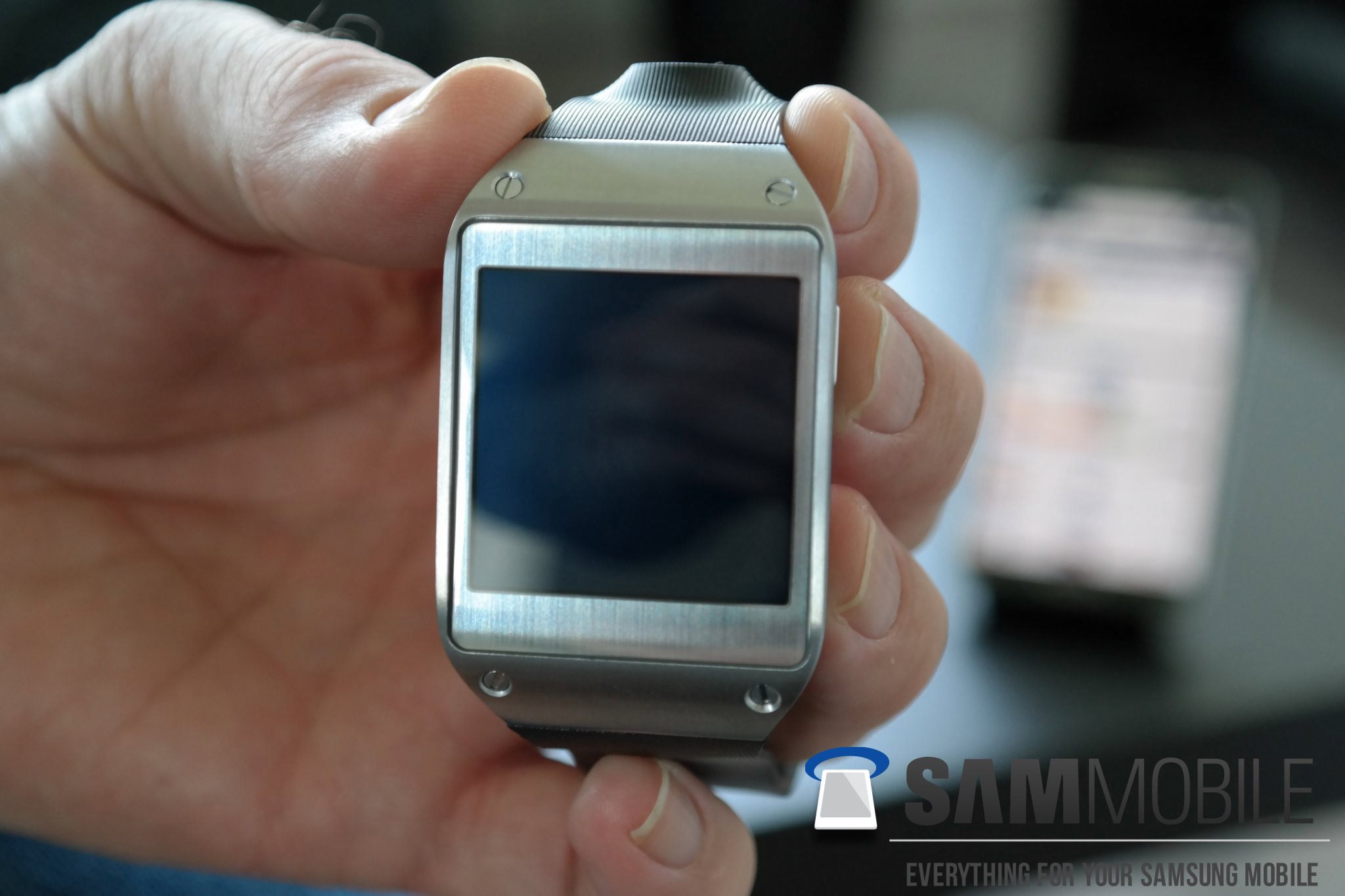 The Galaxy Gear has a 1.63” Super AMOLED display with a pixel density of 275. The resolution of the screen is 320×320 pixels. It has a special outdoor mode that allows you to set the brightness of the display, and it remains nicely readable under direct sunlight. For those interested, the display’s layout is a PenTile one, similar to the Galaxy Note II from last year.

The Galaxy Gear interface is easy to operate: a simple flick of the wrist activates the screen and the clock pops up (with different clock themes available). When you use the Gear for a few days, you’ll get used to the interface rather quickly, an interface that is based on gestures. For example, a swipe from top to bottom opens the camera, while a swipe from bottom to the top causes to open its call feature. A swipe from left to right allows you to go through all the apps. Samsung supplies the watch with a reasonable amount of standard applications as a Camera, Contacts, Dialer, gallery, media controller, pedometer, S voice, settings App. For a small interface walkthrough, see our video at the beginning of this review. 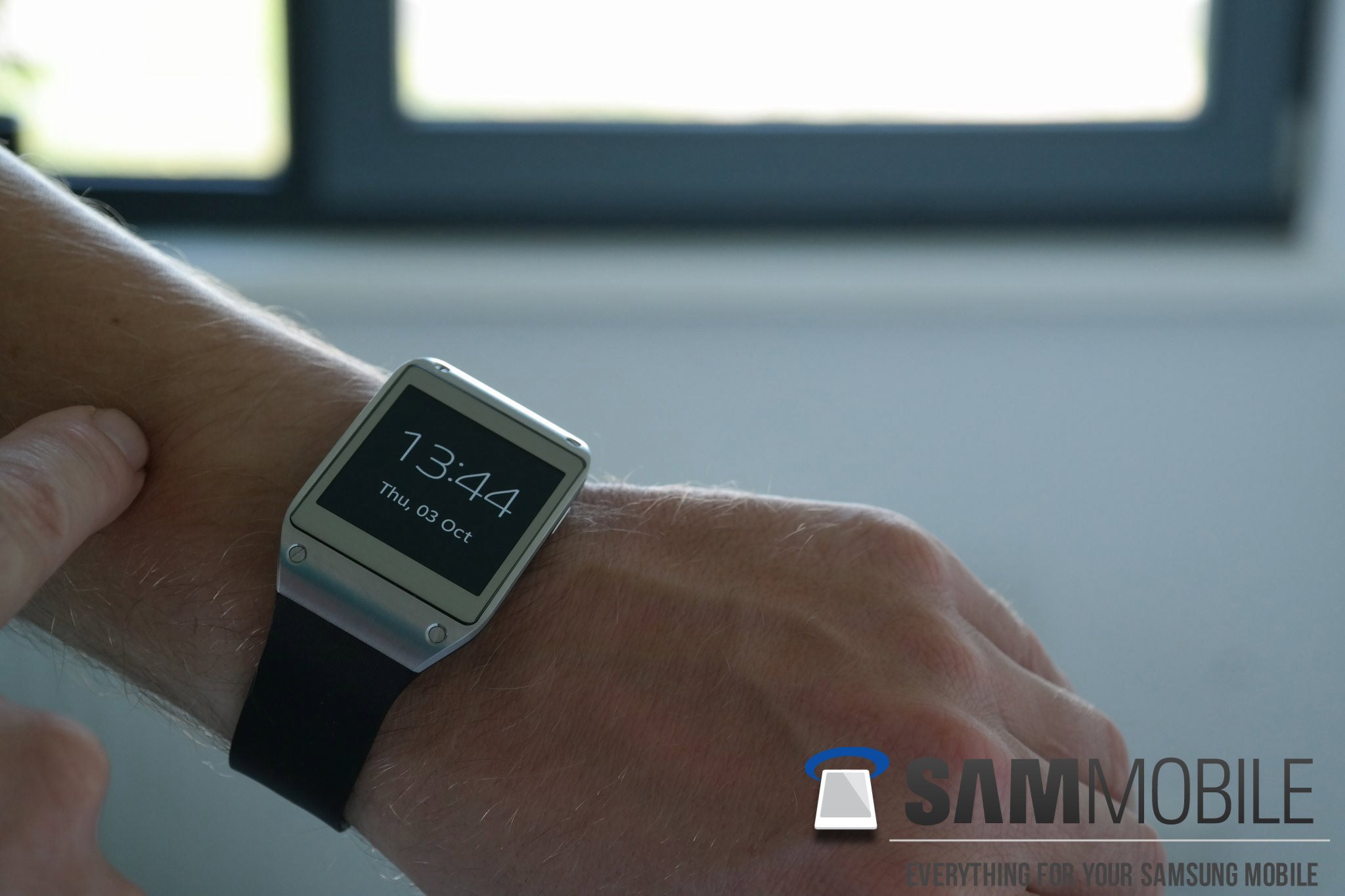 Because the Galaxy Gear runs on Android, it is possible to develop apps for it. At the moment there are not many applications available for the Galaxy Gear in Samsung’s own application store. We expect this will quickly change, but for the moment there are various social media, sports, entertainment, lifestyle and interface applications available. Since the Galaxy Gear has a small screen thanks to it being a watch rather than a phone, it means many functions will be left out from many apps. It should be said that real apps like Facebook, Gmail, Twitter and Google+ are missed, but hopefully Samsung is working on bringing those to the Gear, as it would be useful to get a message or notification when someone makes a new post on our Facebook account, showing more than just an icon. The Galaxy Gear sports a 1.9 megapixel camera in the wrist band, and the camera makes excellent photos despite its low megapixel count. The maximum resolution is 1392×1392, with an option to take 1280×960 photos as well. Also included is an auto or macro focus, with an extra addition: Samsung’s Sound & shot, which adds audio to an otherwise still photo. The video recording resolution is 1280×720 ( HD ) or 640×640. When you have taken a photo or a short video it will directly upload it to your phone so that you can see it on you Note 3 instantly. Very nifty indeed!

Here are some photos taken with the Galaxy Gear.

Samsung Galaxy Gear sports a single core 800MHz Exynos processor and 512MB RAM. You will notice this when you install an application, as that takes a little while longer than you are used to with your smartphone. Once the application is ready, everything works pretty fast and quick.

The battery of the Galaxy Gear is reasonably rated according to the processor. With little use, it will give you up to two days, and with heavy use up to one day of battery life. That is not weird at all, especially given the features that are packed into the watch. So you must really take into account that you need to charge it with your smartphone overnight. However, we expect that if Samsung releases Android 4.3 on the Galaxy Gear the battery will last longer.

Samsung was the first to put a real smart watch on the market with the Galaxy Gear: a smart watch that can call, take photos, includes a step counter and has many other features. However, the design could be better and missing the right applications is a pity, though we suspect that Samsung and its partners are working hard to fix the app situtation as quickly as possible. The interface is pleasant to use and with its call feature (easy for calling in the car hands-free) the Galaxy Gear is a true gadget. The camera also takes excellent photos and everything works well with the Galaxy Note 3 at the moment. It is expected that the Samsung Galaxy Gear will connect to other high-end handsets in the near future and that its own application store will get filled up with apps soon.

All in all we can conclude that the Galaxy Gear is a nice gadget but still a bit rushed to the market. Actually, the only downsides in our opinion are its design and the lack of available applications so far.

Let’s see what Samsung will do with the Galaxy Gear 2. 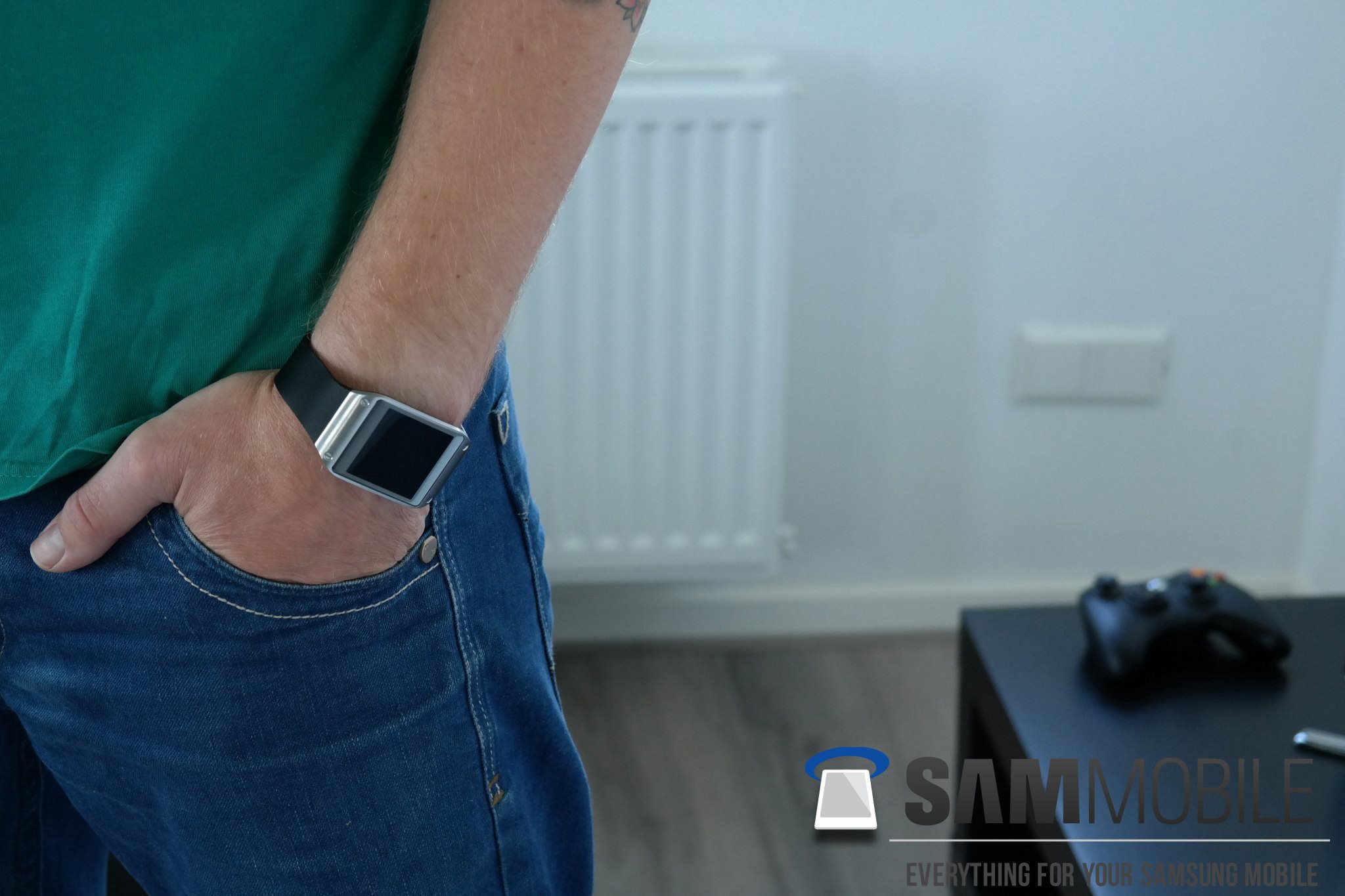 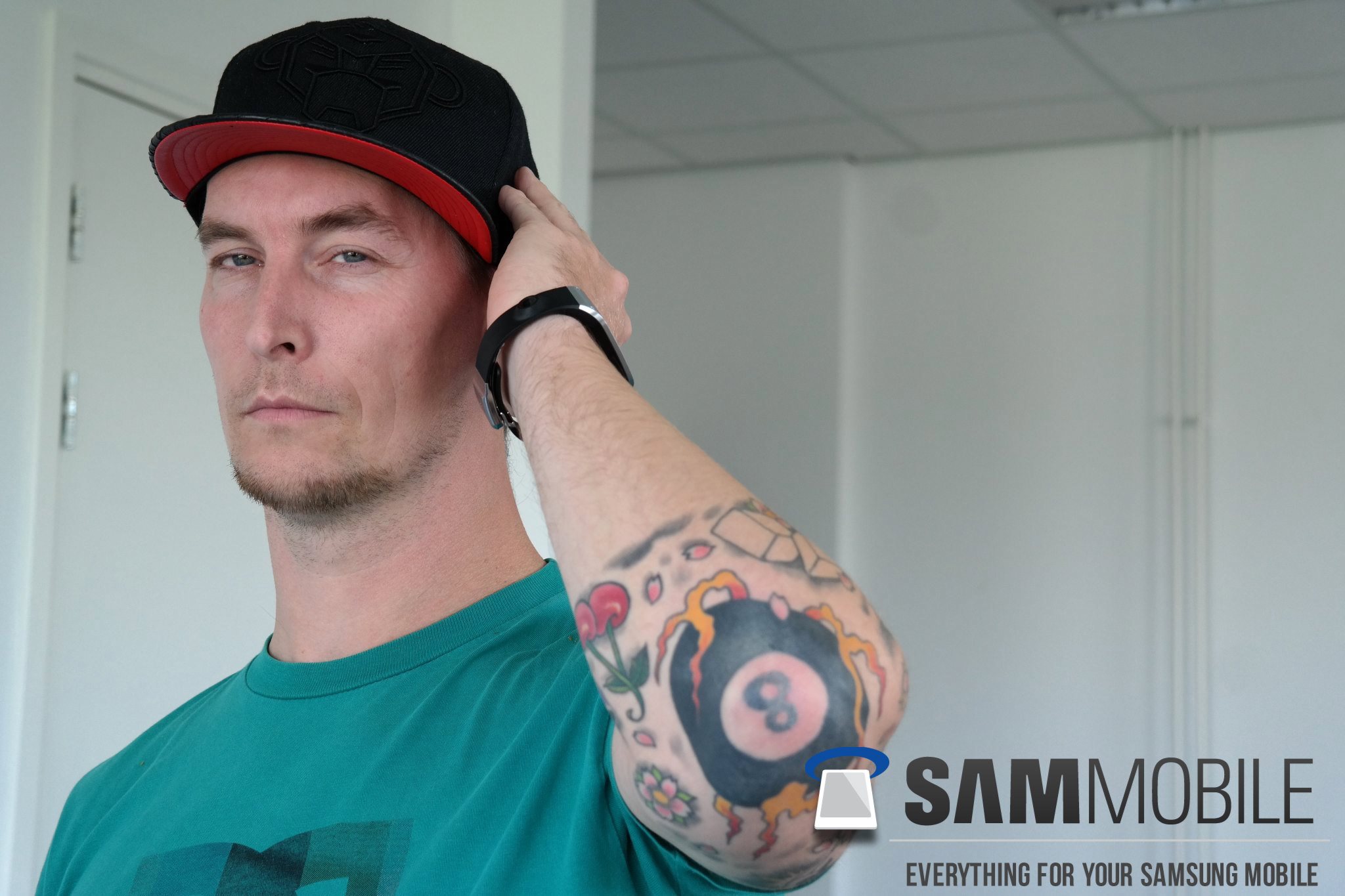 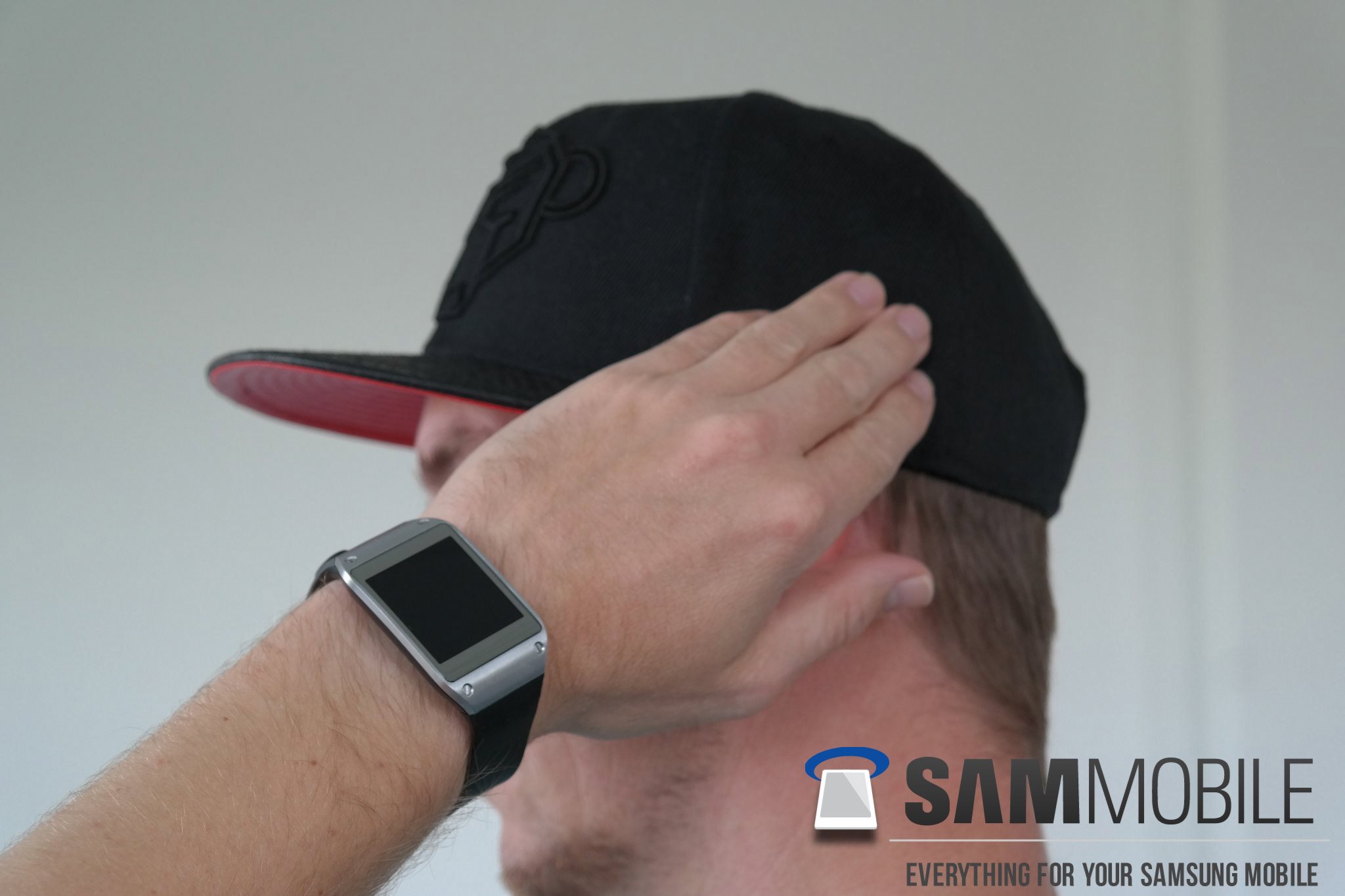 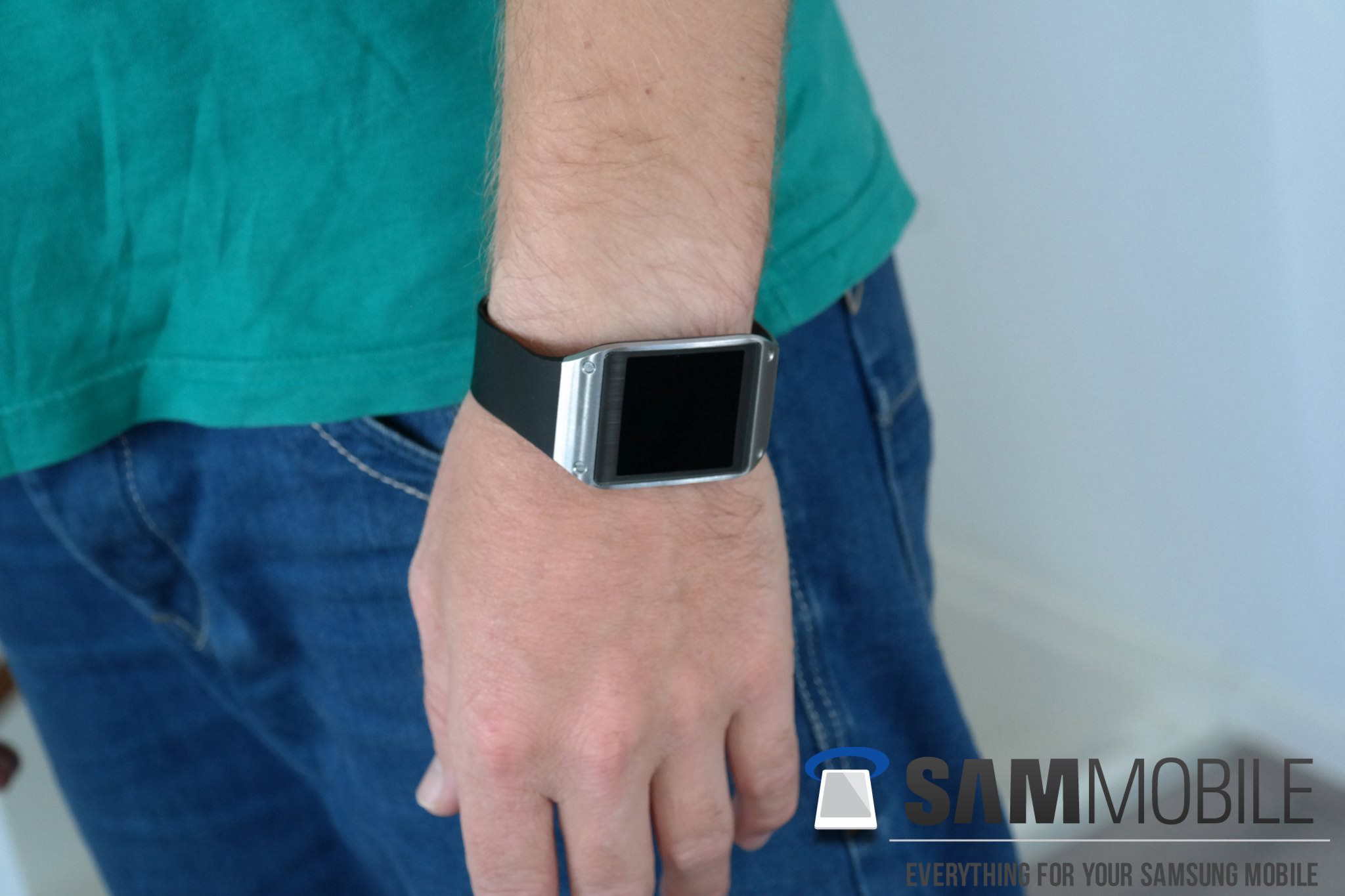 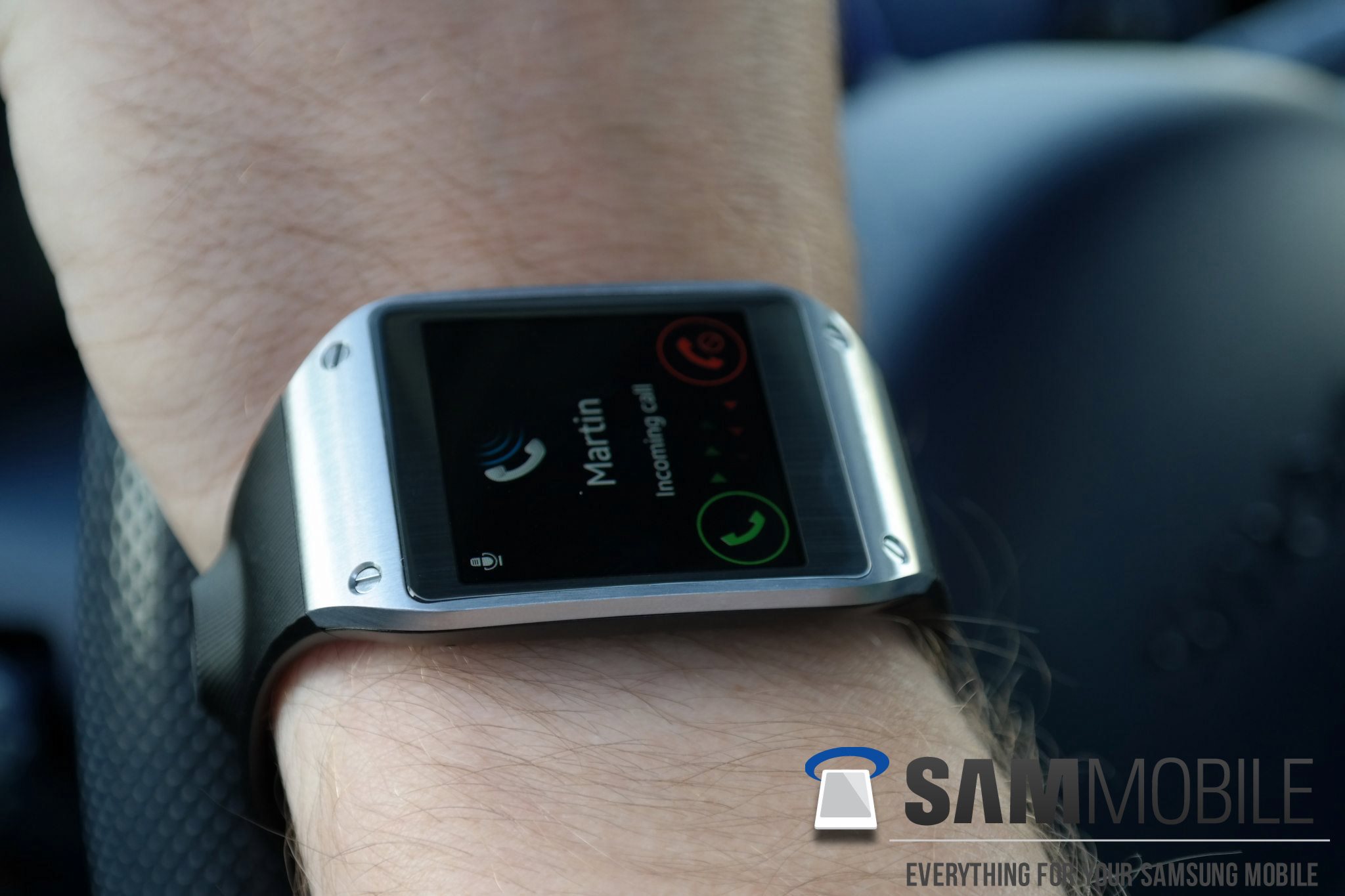 Samsung has teamed up with Fujitsu to revolutionize in-store retail operations. At the National Retail Federat …

Samsung reveals some of its new NEXTGEAR partners

Samsung wants to bring smartwatches and virtual-reality headsets to th …

Currently, Samsung only makes consumer-centric smartwatches and virtual-reality headsets, but it is exploring …