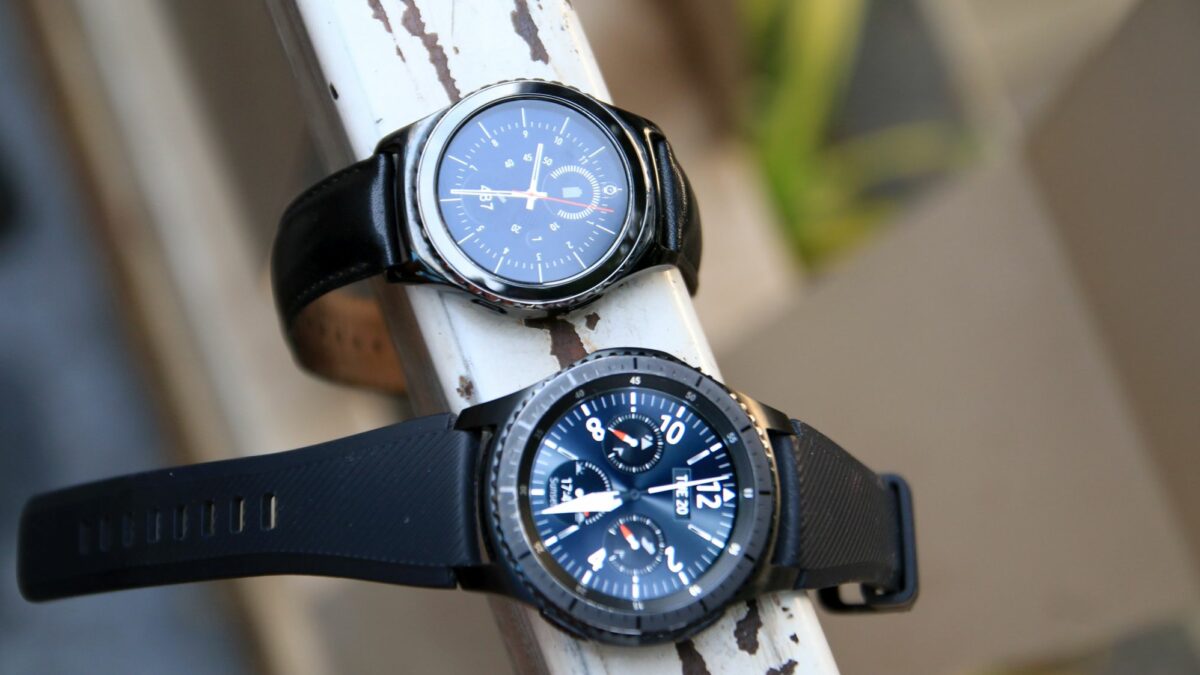 Samsung has had a significant measure of success with the Gear S2 and now, the Gear S3, but the most recent quarter estimates for 2016 show that Samsung only sold 400,000 Gear S2 smartwatches. Of course, the Gear S3 sales figures are not yet in to determine just how successful the Korean giant may be with its latest smartwatch that takes something good and makes it even better, but it goes to show that analysts are not all that positive about smartwatches as a whole (not just Samsung’s Gear series).

Well, Samsung always has a plan. The company known for its experimental ideas that think outside the box isn’t one to sit idle while analysts ponder whether or not a product will become a global hit. The latest in the company’s experimental ways involves two new patent applications rethink the smartwatch by giving them a purpose beyond “just being smartwatches.”

In the first patent application, Samsung rethinks the idea of smartwatch bands. Smartwatch bands for the Gear S2, for example (and now Gear S3) can be interchanged, so Samsung has decided that the wristband or watchband could be used to control features and functions on-screen. A new patent shows a wristband or strap being pushed to the left or right to bring up the weather, time, distance, heart rate, and so on. The same wristband or wrist strap could also be used as a joystick for gaming motions when worn around the neck (I’m thinking this idea would be perfect for Samsung’s VR agenda here).

The second patent application pertains to the flexible display patent the company was awarded one month ago that involves the use of an artificial muscle that would make the display bendable and subject to invincibility. This new patent takes that idea and applies it not to a tablet-like device but to a bracelet that can be worn around the arm. We’ve seen a foldable smartphone prototype a few weeks back, but this patent would make the foldable smartphone a smartphone/wearable hybrid.

As is always said, Samsung may never bring these ideas to market, but Samsung is always thinking of ways to encourage greater market product adoption. Its research and development investment is a tell-tale sign as to why it remains at the top of the market.

The Gear Live is reportedly getting the Android Wear 4.4.W.1 software update from Google. This update is expected to bring improvements in navigation experience and some voice action related experience. Google might soon roll out this update to other Android Wear based smartwatches. Please let us know if you have noticed any other improvement in your Gear […]

Simultaneously with the Galaxy Note 3, Samsung announced its first real smart watch called the Galaxy Gear. JK Shin showed the watch during the presentation in Berlin, and our first impressions were quite positive. We have had some time with the Galaxy Gear since we received it last week, and it’s now time to discuss […]

Samsung yesterday night released the first ads of its Galaxy Gear smartwatch. The two ads published on YouTube show famous characters from movies and cartoons communicating on their smartwatches and finally moving onto to reveal the Galaxy Gear in the end. The ads emphasize on the futuristic value of the watch, which is now a […]

Samsung’s latest flagship Galaxy Note 3 and its companion accessory Galaxy Gear have been officially released. The devices were announced earlier this month and could be termed as the most ambitious launch for Samsung by making it available in many countries on day one. Samsung is selling both Exynos 5 Octa and Snapdragon 800 variants […]