We’ve seen a lot of patents from Samsung concerning foldable smartphones. These patents normally include drawings which give us an idea of the technology that the company has cooked up. A new Samsung patent has been published in South Korea today and it provides us our first look at what might possibly be a proper prototype of a foldable smartphone from Samsung.

This patent follows one published recently which included renders of a flexible Samsung smartphone in the advanced stage of development. The image you see here is likely of a real prototype that Samsung has been working on. Samsung filed for this particular patent back in May last year but it has only been published today. The illustrated device has two hinges, a removable camera lens and a flexible display made of three parts.

Depending upon how the device is folded, the home button may either be below the display or on the side of the socket with the fixed camera lens. In the second scenario the front of the device is then completely occupied by one large display. 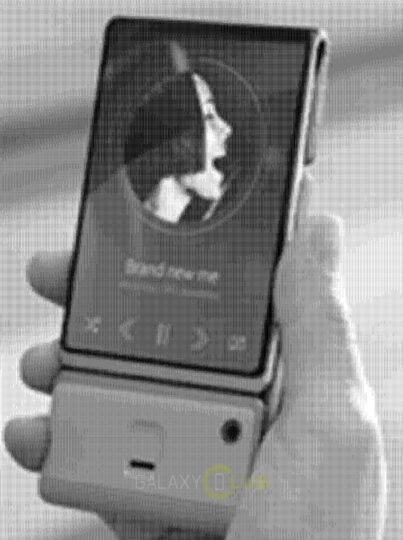 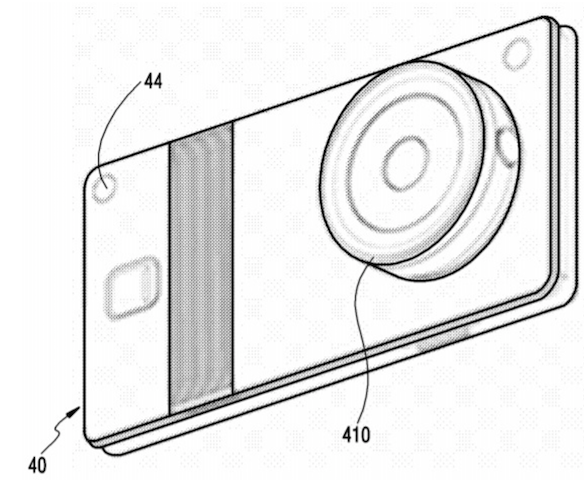 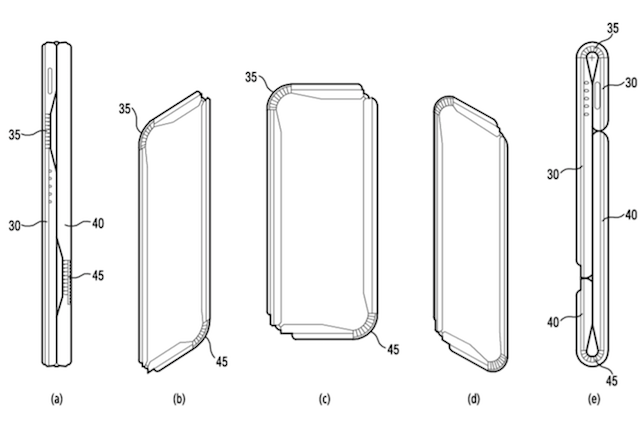