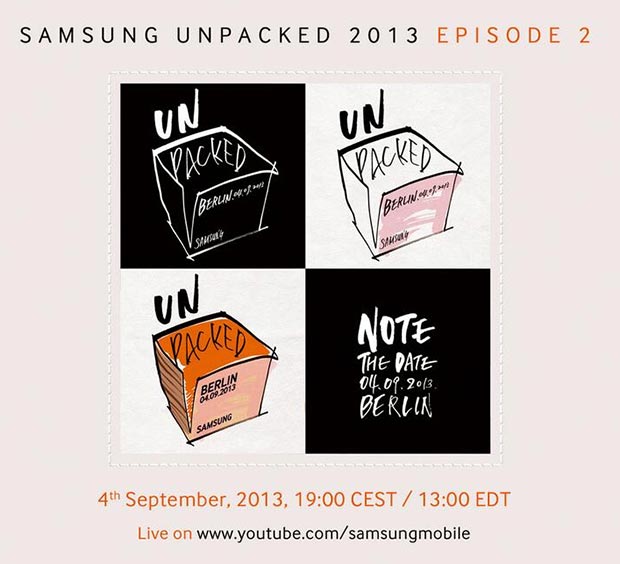 It is official! Samsung sent out a tweet earlier confirming the date and time of the next SAMSUNG UNPACKED event, where it all but likely the Galaxy Note III (and the company’s first smartwatch) will be unveiled. The date for the announcement was rumoured a few weeks back and now it has been confirmed; not that we needed a confirmation considering Samsung unveiled both the Note and Note II around the same time.

The Galaxy Note III is expected to have an octa-core Exynos 5420/quad-core Snapdragon 800 processor, 3GB of RAM, 1080p display of 5.7-6″, a 13-megapixel camera possibly with optical image stabilization, LTE-A (LTE-Advanced) connectivity, and Android 4.3 Jelly Bean with an improved TouchWiz UI. The customary S Pen will be in attendance as well, though whether it’s the same one as the one on the Note II or even better remains to be seen.