Samsung has nailed its smartwatch strategy and Apple knows it 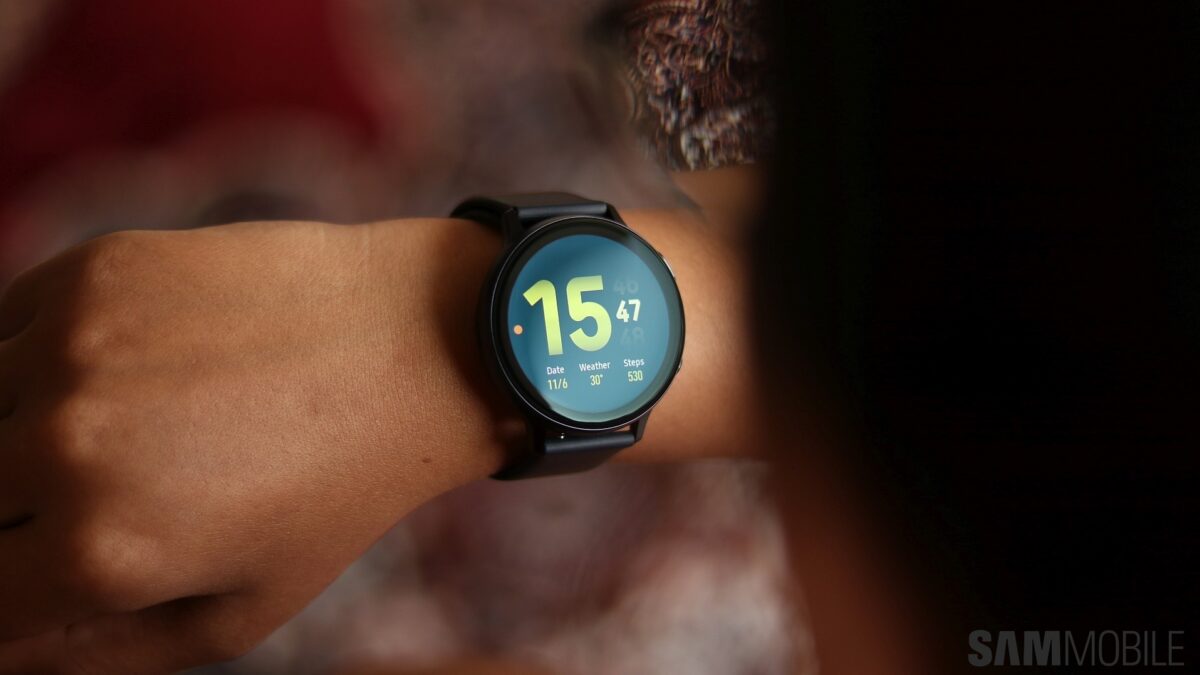 Yes, this might seem like a controversial claim, but hear me out. We have seen all manner of smartwatches from Samsung ever since it started launching them under the Galaxy Gear brand in 2013. The original Galaxy Gear had a square-shaped display and Samsung stuck with that design for the next few models. Then came the Gear S in 2014 with its curved display.

Samsung first smartwatch with a circular display and physical rotating bezel came in 2015. It was the Gear S2 and it proved to be an instant hit. We pointed out in our Gear S2 review that Samsung had finally understood what a smartwatch needed to be.

Its decision to use the physical bezel as an input method was so simple yet effective. Rotating bezels have existed on conventional watches since the 1953 Blancpain Fifty Fathoms, widely considered to be the first watch with a rotating physical bezel. Samsung didn’t break any new ground when it came to watch design but it’s innovative use of this design element really made the market sit up and take notice of Samsung smartwatches.

Apple entered the smartwatch market in 2015 and by that time, the market was flooded with Android-powered smartwatches and the general perception was that they weren’t really that good. Apple was quick to position its smartwatch as more of a fashion accessory. It was that different marketing strategy and the fact that it already had a robust ecosystem of iOS device owners to rely upon quickly enabled the company to reach the top of the smartwatch market.

Its advantage over the competition has allowed Apple to take control of the smartwatch market but Samsung has consistently been on Apple’s heels. It still remains the second-biggest smartwatch vendor behind the Cupertino company and continues to inch upwards. Samsung’s upcoming smartwatch has the potential of further increasing Samsung’s share.

I have always felt that Samsung made the best decision by opting for a rotating bezel instead of something like a rotating crown like the Apple Watch. In fact, I feel that it’s the best input method ever created for a smartwatch, period. It was certainly a shame to see it being ditched with the Galaxy Watch Active and even the touch bezel on its successor wasn’t as satisfying as the real deal.

One of the reasons why many people love Samsung’s smartwatches is that it doesn’t look all that different from a normal watch. There are no outrageous design elements and I’m sure many would agree that a circular design sits much better on the wrist compared to a square. All of this works in the next Galaxy Watch’s favor, this design coupled with a rotating bezel means that it will not really go “out of style” even in the next 70 years, despite the fact that the actual tech inside smartwatches would have significantly progressed by then.

Samsung also appears to be going after the more fashionable crowd with its next smartwatch. We have exclusively revealed that the new Galaxy Watch will be offered in Titanium. It’s a finish that Apple already offers for the Apple Watch while the material itself has long been used in conventional watches. This does have the potential of paying dividends for Samsung in the long run as the Titanium model will help attract a slightly more upscale demographic.

What Samsung lacks in order to trump Apple in this market is the brand equity that Apple has. The Apple Watch is the go-to smartwatch for most celebrities, influencers, models and public personalities. That’s partly because they’re heavily bound to the Apple ecosystem anyway and also because of the inherent “cool” factor of this device. Smartwatches are the kind of devices that you can’t really use in isolation. Look at it this way, while you can use Samsung’s smartwatches with non-Samsung Android phones, you’ll only be able to access limited features. Buy a Galaxy phone if you want to use every single feature.

Be that as it may, it doesn’t take away from what I believe to be true, which is that even Apple Watch owners who try out a Samsung smartwatch would feel that the latter’s interface is much better. Samsung has done a phenomenal job with the custom software on its smartwatches and particularly on models with a rotating bezel, flying through the interface is as effortless as it can be.

You may have noticed that in comparisons between the two smartwatches, reviewers continue to dock points from Samsung’s devices because of the lack of apps in comparison to the Apple Watch. It just doesn’t have as many developers creating apps for it as Apple does. However, if you weigh that against usability, it turns out that this isn’t really as much of an issue as it’s made out to be.

Ask yourself, just how many apps do you actually use on your smartwatch? Most people rely on these devices for health and fitness tracking anyway and there’s plenty of built-in and third-party apps available for Samsung smartwatches. The ability to make calls, shoot emails and texts, follow up on notifications and more has been present for years as well.

Nobody is buying a smartwatch to replace their phone. Smartwatches aren’t even capable of doing that yet. Think about it. You’re more likely to be playing on your phone as you wait for your meal to arrive in the restaurant instead of fiddling around on your smartwatch. There’s much that Samsung’s smartwatches get right and I’m very excited about this next one because it’s going to bring some very interesting improvements.

You may remember that at one point in time it seemed like the Apple Watch would go on to establish a monopoly in the smartwatch market. It felt as if nothing would measure up against it. Samsung has continued to soldier on and it’s very commendable that the company has carved a niche for itself in the market. It did that by thinking outside the box and doing things that no other smartwatch manufacturer was doing and that’s incredible to see. It’s clear that the smartwatch battle is far from over.

We’d love to know how you feel about Samsung’s smartwatch interface, particularly if you have experience using an Apple Watch as well. Can’t just help and smile sometimes at the ease with which you can control your Samsung smartwatch compared to all the swiping and crown scrolling that Apple Watch owners need to do? Do you feel that it’s the best way to interact with a device of this sort? What are your views on the app situation?

Leave a comment below and let’s get a conversation going!