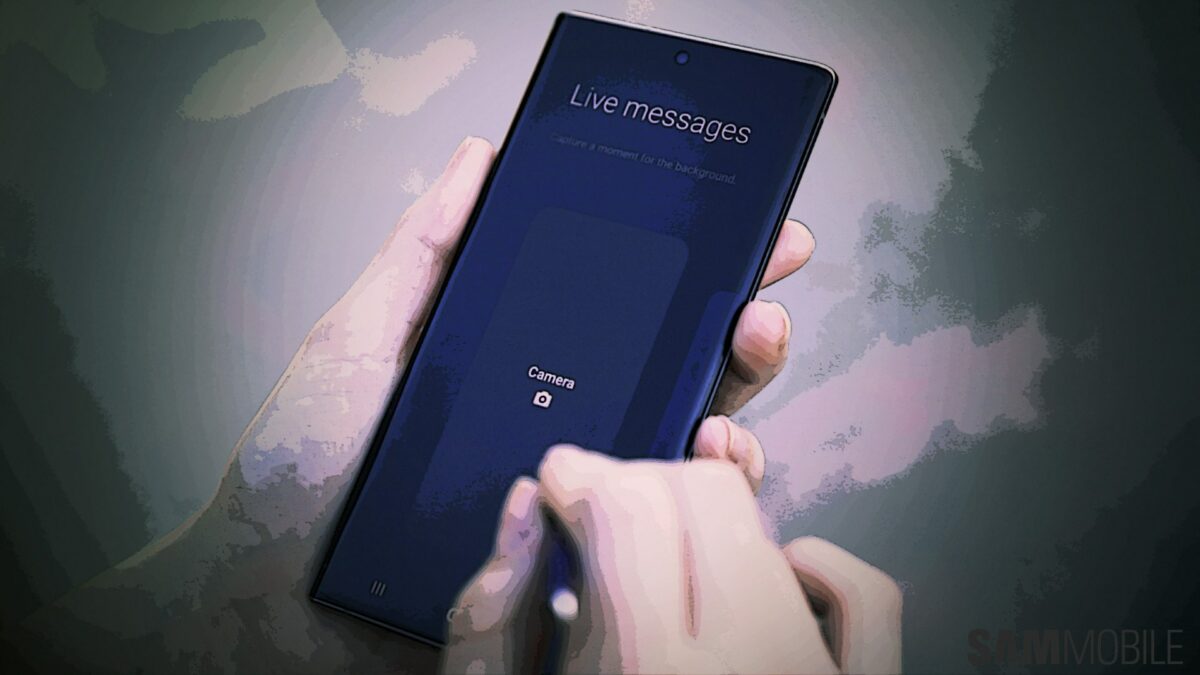 The Galaxy Note 20 may not launch as the most exciting smartphone lineup Samsung ever conceived, but after a lot of consideration, I’m fairly certain I’m buying into it anyway. Assuming a specific handful of recent reports about the flagship are legitimate, which we have reason to believe they are. Now, before we delve into the nitty-gritty, it goes without saying that your mileage may vary, especially since I’m pretty far from your average Samsung customer – even within the demographic that consistently buys its ultra-premium smartphones. But if the perspective of someone who loves flagships and hates money isn’t valuable, what is?

With that out of the way, here’s what likely Galaxy Note 20 (Ultra) features are simply too good for me to pass up.

Best smartphone accessory is getting even better

I’ve used a Galaxy Note-series handset as my daily driver for six out of the last eight years – primarily because a stylus is an absolute game changer for me. It’s such an ennobling addition to so many scenarios that I feel maimed without one. Note-taking, granular screenshot management, video editing, and Nintendo DS emulation aside, the only area in which I never felt the S Pen was industry-leading was drawing. Sure, a smartphone screen is never an ideal solution for artwork but neither is my talent, so I need every help I can get. And compared to the Apple Pencil, drawing with an S Pen never felt as good.

That’s definitely in part due to differences in software support quality, especially of the third-party variety (what I wouldn’t give for an Android version of Procreate). However, we’ve had a non-negligible gap on a hardware level for over a year now. Fortunately, the move to 120Hz displays should allow the Galaxy Note series to catch up with the Apple Pencil’s 9ms response time, an engineering feat that would have been largely useless on a 60Hz screen, anyway. This is coming directly from the Feline Lord’s mouth, mind you, in his characteristically verbose manner:

I really find it mental that in 12 years of Android smartphones being a thing, the only company that so much as attempted competing with Samsung’s stylus-equipped flagship concept was Huawei. But even if my level of trust in Huawei was anywhere close to my confidence in Samsung (it isn’t), its sole high-end smartphone with a stylus that isn’t crippled by the U.S. government — the Mate 20 range — is almost two years old at this point. Not to mention that the inventively named M-Pen is sold separately and still feels inferior to the last three S Pen generations.

A 120Hz display that doesn’t feel like a sidegrade

In hindsight, I bought into the 120Hz hype surrounding the Galaxy S20 range a little too easily. Particularly since I had first-hand experience with the OG 120Hz handset – the 2017 Razer Phone. Alas, three years of extra R&D did not amount to a much better end product. Not that Samsung failed to deliver an amazingly smooth viewing experience that even makes 2019 flagships look like iPAQs, it’s just that this luxury feature came at way too high of a price; the kind which can’t even be expressed in currency but screen-on time – which was woeful in the Galaxy S20’s case.

On the bright side, mistakes are integral to improvement, doubly so in highly iterative industries like smartphones. Samsung’s second take on 120Hz mobile displays hence sounds much more promising. More specifically, it seems that the Galaxy Note 20 Ultra will feature an LTPO backplane instead of an LTPS one. What that means in non-boring speak is much more intelligent implementation of variable refresh rates expected to be 15-20% more efficient in real-world scenarios than what the Galaxy S20 family delivered.

We’re talking hours of difference here, courtesy of the so-called “HOP” tech. Now, assuming I’m not getting taken for a ride on the 120Hz hype train for the second time this year, I’m hopeful that the Galaxy Note 20 Ultra will allow me to enjoy a mobile display with a high refresh rate that doesn’t feel like a sidegrade due to its crippling energy requirements.

A balanced camera designed around the mobile form factor’s strengths

This may seem silly at first, but I really feel the industry’s been losing the plot on mobile camera tech advancements in recent years. Not that I don’t find it cool that the Galaxy S20 Ultra can take somewhat legible moon photographs, or that it’s pretty good at faking bokeh despite its entrance pupil diameter (real focal length divided by f-number) being like 5% of what you’d need to get the “real” thing with a traditional camera. It’s just that I expect to take between zero and three moon photographs with my smartphone over the course of its life and Live Focus (bokeh) mode isn’t my thing, either.

Which is why I’m really loving the recent reports about the Galaxy Note 20 Ultra’s camera and how it’s shaping up to be a much more balanced solution compared to Samsung’s recent flagship setups. Many SamMobile readers seem to prefer non-gimmicky cameras as well, so hopefully Samsung truly ends up delivering a technically sound setup that isn’t obsessed with its natural limitations but instead doubles down on its strengths – portability, shareability, accessibility, and the like. In other words: UI refinements, a more practical zoom range, tighter app integrations, an upgraded laser autofocusing system made in accordance with latest industry standards – things that consistently add value to the overall mobile photography proposition offered by any given device.

One final thing worth pointing out is that while I’m fairly positive I’m upgrading to the Galaxy Note 20 Ultra (from the Galaxy Note 10), I still haven’t decided when exactly to pull the plug on the purchase. Given how badly this year is turning out for Samsung in terms of sales, there’s a decent chance we’ll see more generous deals akin to the extremely tempting 50% buyback promotion attached to the Galaxy S20 range shortly following its release. That particular deal would have seemed almost too good to be true just a year ago, so I’m likely to wait for a similar offer on the Galaxy Note 20 Ultra this fall. I’d advise most other prospective adopters to do the same, provided they aren’t really, really concerned about Samsung’s profit margins.