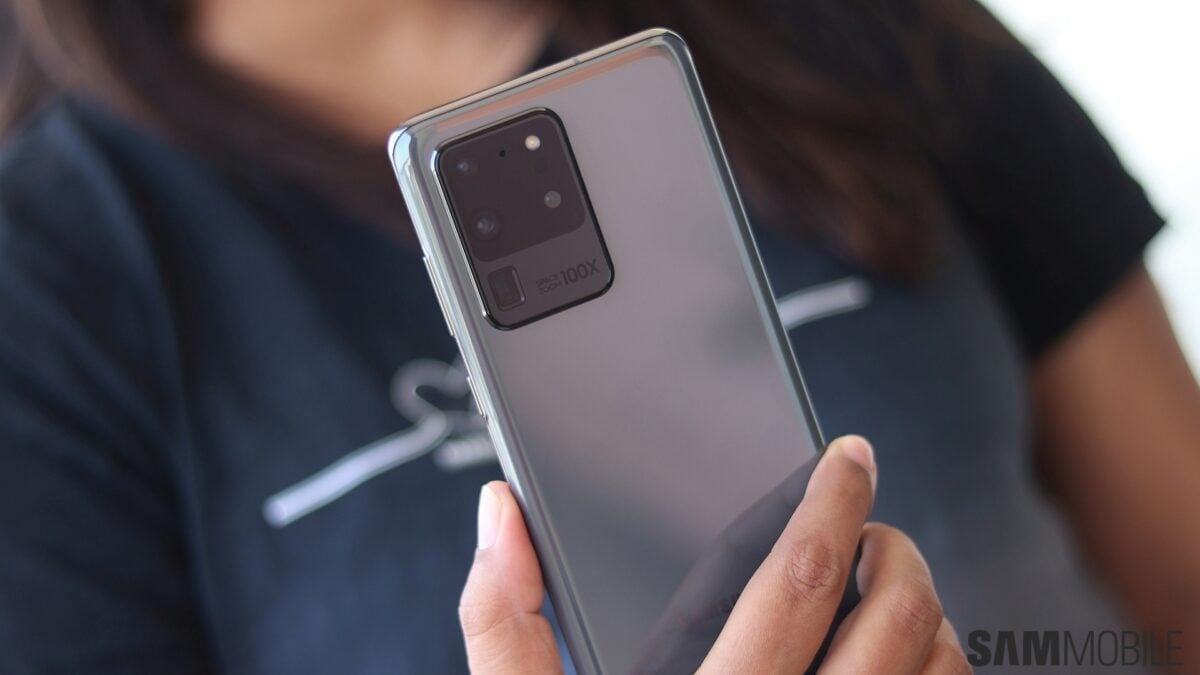 It may be April Fool’s Day, but Samsung is serious about offering between $500 to $800 in savings on the Galaxy S20 line in the United States. The move, likely made to combat the flagship line’s slow start, comes in the form of an unprecedentedly generous buyback program.

The gist of it is that anyone who buys the Galaxy S20, Galaxy S20+, or Galaxy S20 Ultra is guaranteed to receive 50% of the handset’s full retail price back if they return it to Samsung within two years. Making matters even more surprising is the fact Samsung will be returning that money via the same method you used to pay for an eligible device, not credit that can only be used for purchasing a new Samsung device.

Samsung may upend the second-hand market for Galaxy phones

While the promotion does come with some stipulations, that doesn’t diminish its potential to fundamentally change the second-hand market for Samsung’s premium smartphones. Used Galaxy flagships tend to lose way more than 50% of their original price after two years, and that’s without even venturing into the refurbished territory.

Naturally, the deal doesn’t apply to handsets that aren’t fully functional or show external damage that can’t be attributed to “normal wear and tear”, leaving Samsung with enough leeway to accept or reject returns on a case-by-case basis. Perhaps the biggest catch is that you won’t be eligible for a buyback guarantee if you get your new handset with a financing plan, or as a Samsung Upgrade option.

The program is already live in the U.S. and requires customers to place an order on one of the Galaxy S20 models from either the Shop Samsung app or Samsung.com. Taking advantage of the newly launched buyback guarantee is then as simple as navigating to the My Orders section of either storefront and placing a return request under the eligible order.

According to Samsung’s FAQ pages, the buyback program may expand to more devices in the future. It’s also compatible with standard trade-in offers, but not the most aggressive ones that tend to accompany new smartphone launches. The guarantee doesn’t extend to Galaxy S20 accessories, though you can still add those to the same order.

It remains to be seen whether this promotion does anything to help bolster Galaxy S20 sales. Due to a variety of reasons, the product line is now expected to sell worse than the Galaxy S10 range. Many Samsung fans will certainly hope that the company expands this buyback program to other markets as well. 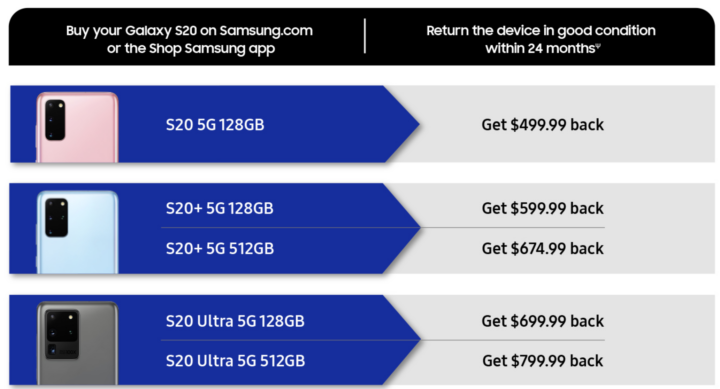