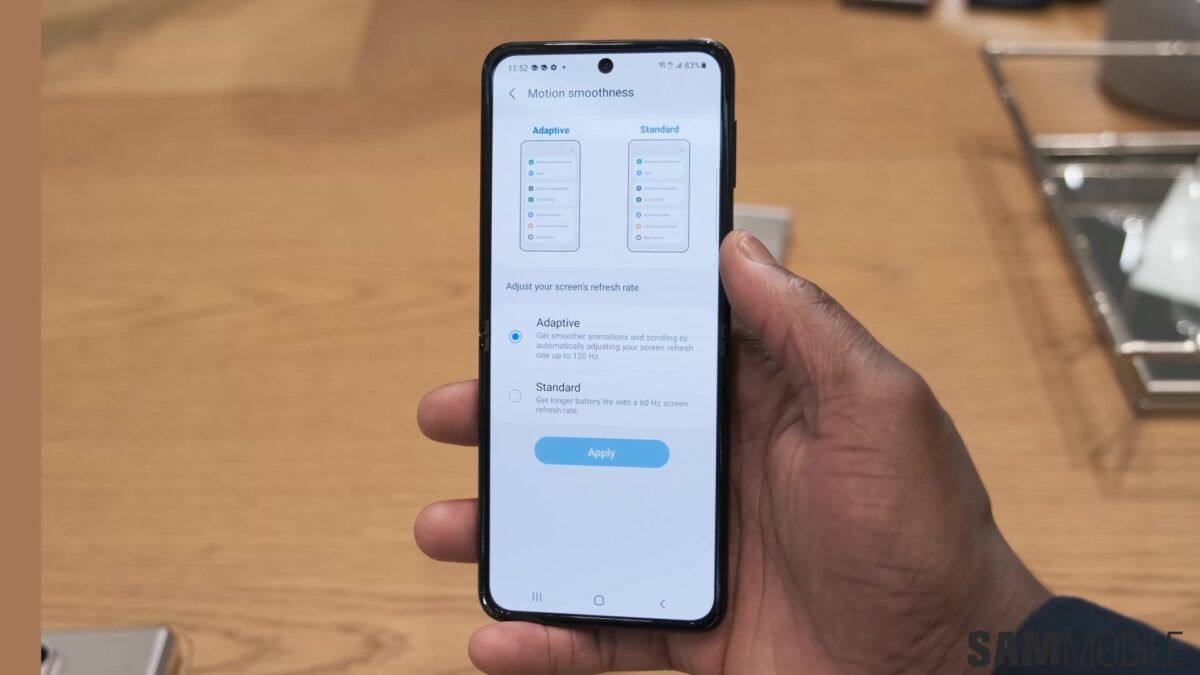 Although both the Galaxy Z Fold 3 and Galaxy Z Flip 3 use similar display technologies, it’s only the larger model that enjoys the benefits of the new UDC (Under-Display Camera) technology. Samsung gave its reasons why UDC technology was reserved for the Galaxy Z Fold 3, but to be honest, I’m just not buying into this narrative.

Samsung explained that UDC got left out for the Galaxy Z Flip 3 because the clamshell foldable phone is a lot more selfie-oriented than the Galaxy Z Fold 3, whereas the latter device is supposed to enable immersive experiences. Because UDC has lower quality than a regular selfie sensor, Samsung decided to give the Z Flip 3 the better alternative.

It seems like a sensible decision at first glance, except it sort of falls apart on closer examination.

First of all, the quality of Samsung’s first UDC isn’t that bad. It’s actually quite decent for a selfie camera, as seen recently in our sample, and it’s not that much worse than the regular 10MP selfie sensor Samsung’s using for many of its phones.

Secondly, the Galaxy Z Flip 3 already has a cover display, and anyone aiming for higher selfie quality can and will use the dual-camera setup together with the cover screen for much better results.

Thirdly, the Galaxy Z Flip 3 — and any other smartphone for that matter — could very much benefit from an uninterrupted display and a more immersive experience when watching videos, browsing the web, video calling, and so on. This isn’t something that only tablet users want, Samsung. Smartphone users have been waiting for the downfall of display notches and cutouts for years!

The last thing I don’t like about Samsung’s recent explanation is that it once again highlights the company’s inability to sometimes view the bigger picture. Or perhaps, it shows that the company doesn’t trust its customer base with the real version of the truth, whichever it might be.

I’ll go out on a limb here and say that the main reasons why UDC was left out for the Galaxy Z Flip 3 might have to do with low supply, high manufacturing costs, and/or the fact that UDC is a new and relatively untested technology. Or maybe Samsung wanted to keep the spotlight more on the larger foldable model.

Regardless, once supply and manufacturing shortcomings are dealt with, Samsung will likely want to bring UDC to more phones, including the Galaxy Z Flip 4 or future models. And Samsung will then have some explaining to do. Because if the Z Flip form factor remains relatively unchanged by the time it gets UDC technology, the company’s recent excuses will fly right out the window.

It’s these types of shortsighted statements that can come back and bite the company, similar to how Samsung mocked Apple for removing the wall charger from retail boxes, only for the Korean tech giant to do the same later.

At the end of the day, I’m hoping that Samsung will change its mind by the time the Galaxy Z Flip 4 enters the final design stages, and it won’t hold on to what I believe is an absurd notion that UDC is unfit for the clamshell form factor.