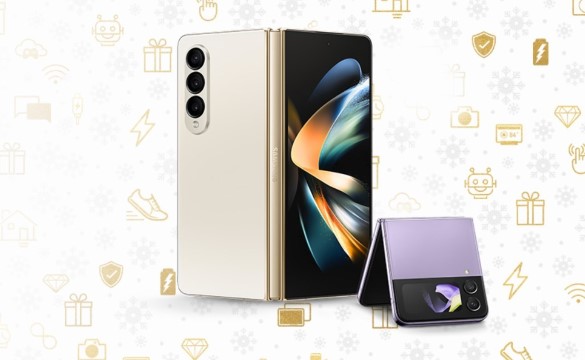 Samsung is running a bunch of special offers as part of their Black Friday deals. However, there is an offer that might entice you towards getting yourself a foldable. On top of the massive Black Friday discounts, you can get boosted trade-in credits for your old Samsung Galaxy devices or iPhones towards the Galaxy Z Fold 4 or the Galaxy Z Flip 4.

The best part about this boosted trade-in deal from Samsung is that the trade-in devices can be in any condition, and it doesn’t matter when they were released. The boosted trade-in deal is live on the official website, and there are a bunch of deals on other Galaxy devices. The company is offering $225 off on the flagship Galaxy S22 Ultra, along with a $600 trade-in credit.

The Galaxy Tab S8 Ultra is $650 off (60% off), while the Windows-powered Galaxy Book 2 360 is available to grab for $400. The year-old Galaxy Z Fold 3 is running $600 off before any applied trade-in for Black Friday. You will also get awesome The Freestyle projector for free with your purchase. There is a $315 trade-in credit on offer for devices with broken screens.

So, if you have an old device lying around, you should trade it in and get yourself a new phone for some extra bucks. For instance, you will get $300 for a broken Galaxy S7, which is a price that is not possible to get when you try to sell it privately.