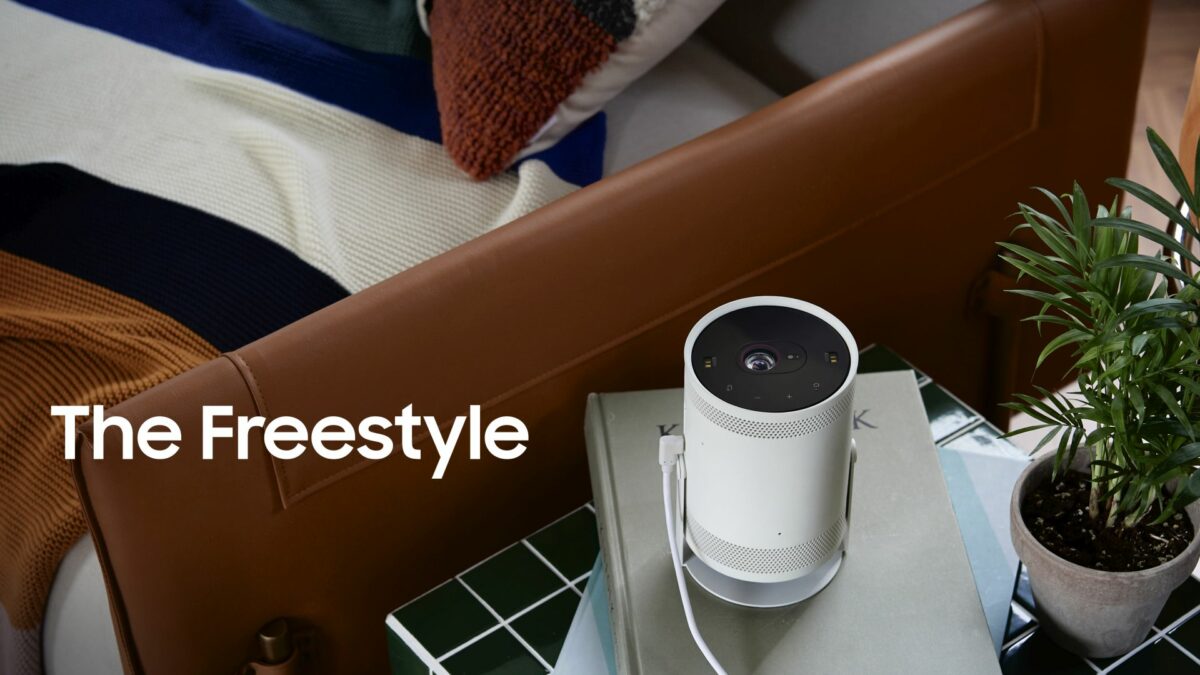 The Freestyle was a surprise announcement at the Consumer Electronics Show 2022 in Las Vegas. It’s a completely new type of product from Samsung. The company describes it as a “portable screen for entertainment wherever you are.” This is basically two devices fused into one. The Freestyle is both a smart speaker and a projector. It’s very versatile in its functionality, making it the perfect device for people to use both indoors and outdoors.

The Freestyle has a very compact cylindrical design that features an integrated cradle with which it rests flat on a surface. The cradle allows for 180-degrees of rotation, enabling easy adjustment of the projector screen. 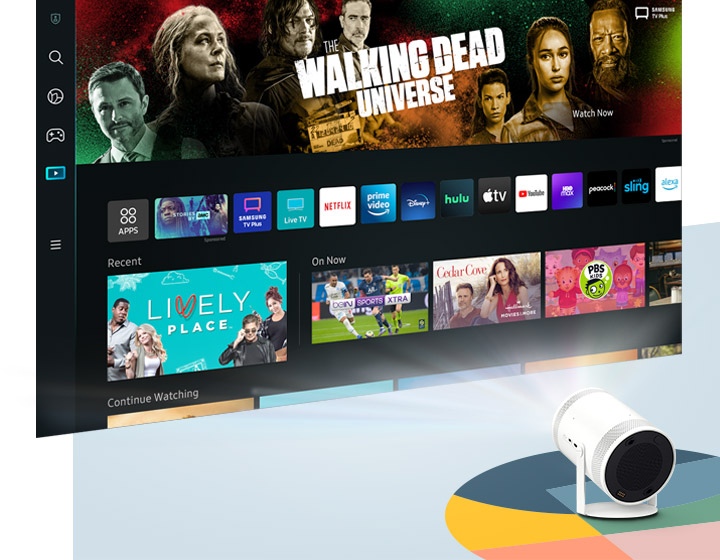 The entire package weighs just 830 grams, making it extremely portable for a device of its capabilities. You’ll find the power and other relevant control buttons at the top alongside the projector lens.

The Freestyle is more than just a Bixby-powered smart speaker. Its projector is capable of displaying crystal-clear images on any surface and at any angle up to 100-inches in size.

Samsung has also built its smart TV features inside The Freestyle. This means it can access apps, streaming services and even allow content mirroring from Android and iOS devices. Major streaming services support the device and Samsung TV Plus will be available out of the box.

The device is USB Type-C compatible and also works with external batteries that support USB-PD and 50W/20V output or above.

Samsung opened up pre-orders for The Freestyle in the United States on January 4, 2022. It costs $899.99. The company has said it will eventually release the device in other markets across the globe.