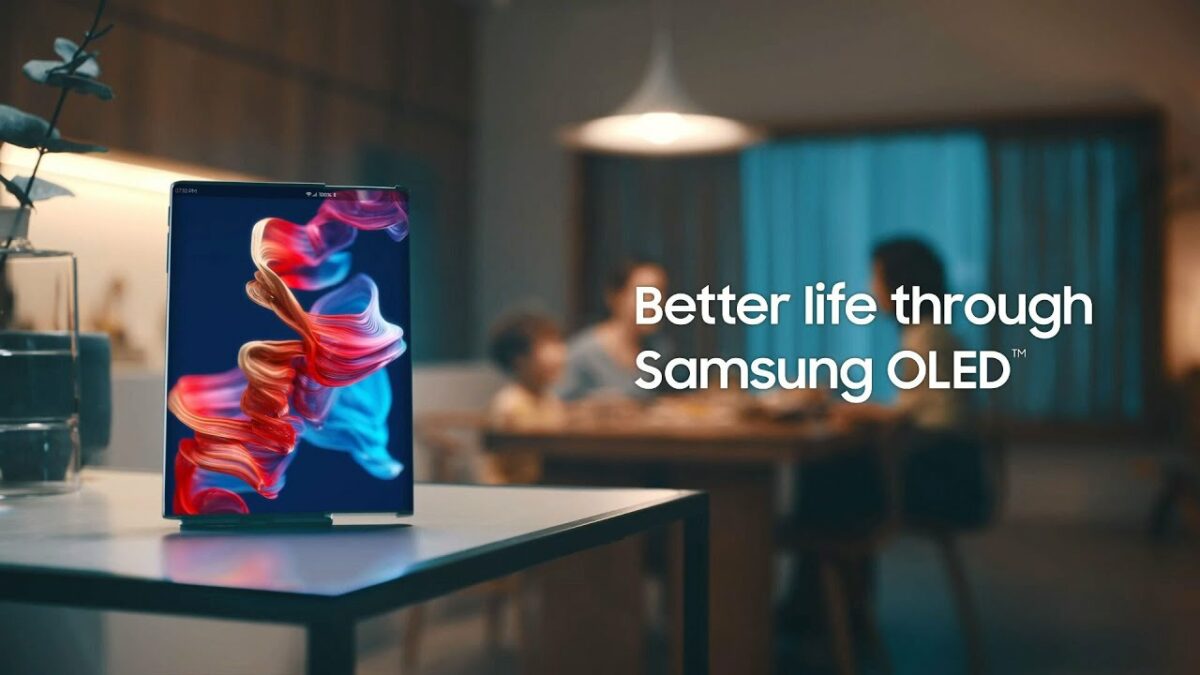 After teasing some of its new display innovations through images yesterday, Samsung has just released a video that demonstrates them in motion. And what a glorious motion that is, all 91 seconds of it. Unveiled as part of this year’s Display Week, the promo in question allowed us a glimpse of a device with a triple-folding display, a 17-inch foldable laptop concept, Samsung’s new under-display camera technology, and then some.

Samsung thus delivered an immensely exciting look at the future of its display technology, as you can see for yourself by checking out the video below.

The flexible-display smartphone that you can see near the beginning of the clip is the so-called S-Foldable concept. Obviously inspired by the Galaxy Z Fold 2, its main selling point is the addition of a third screen fold. As a result, seeing it unfolded on video for the first time is a one-two jaw-dropper. Just where does this screen end?

Of course: It’s all about the OLED

We’ve been waiting for Samsung to give us some hint of its foldable strategy for a while now; at least since it became clear that Huawei won’t have anything to do with it. Alas, this teaser does just that. What it doesn’t do is indicate how far away these innovations are from consumer-grade products. This was to be expected, seeing how it was revealed as part of the annual SID Display Week organized by the Society for Information Display. Meaning that far-reaching but deliberately vague promises of possibly revolutionary tech were pretty much par for the course.

That isn’t to say any of these solutions, from the triple-foldable smartphone to the craziest-looking laptop we’ve seen in a while, won’t be hitting the store shelves in the near future. Just that no one can define how “near” we’re talking about here. Not even Samsung, in all likelihood.

All in all, this was a pretty strong showing for Samsung Display; even relative to its previous SID appearances, and to such a degree that it’s genuinely difficult to find something blatantly wrong with it. Its most disappointing omission might be the lack of any hints that would suggest Samsung’s so much as considering doing a high-end AMOLED PC monitor – now or in the foreseeable future.

We were kind of hoping that wasn’t the case, seeing how much the tech giant has been trying to cater to gamers lately. Even in much smaller, less profitable niches like mid-range laptops. Smaller relative to Samsung’s market share, of course, but the point stands; some of the Galaxy Book deals currently being offered the world over are almost as bonkers as this display tech showcase which we’ve just witnessed.