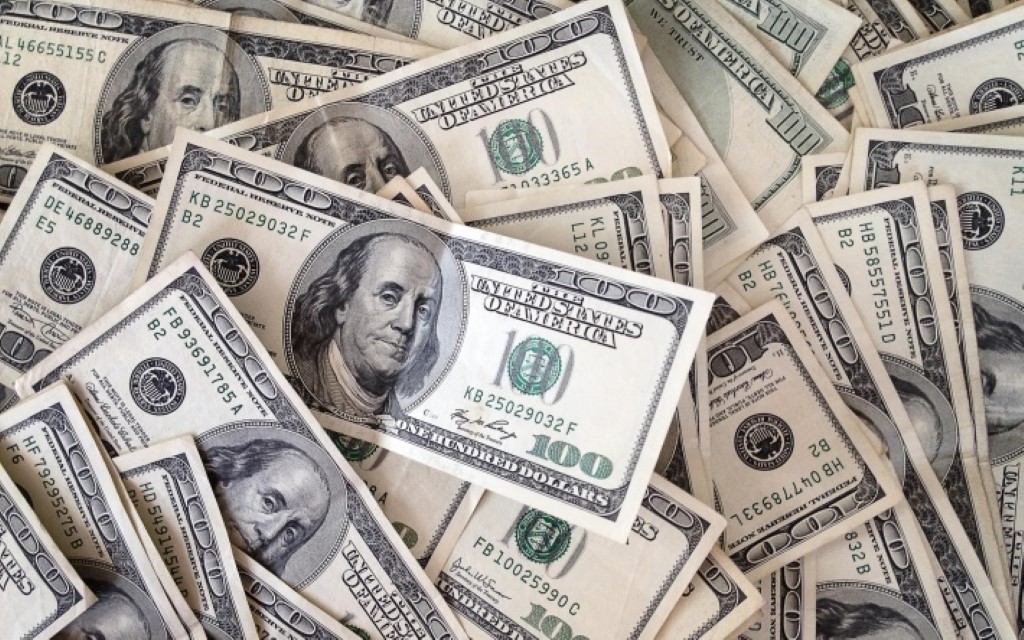 Samsung revealed its Q4 2017 earnings a couple of days ago and announced record operating profit of $14.3 billion for the quarter on revenue of $61.6 billion, posting a 64 percent increase in profits year-over-year. 2017 has been the year of Samsung as it posted a full-year record operating profit of $50 billion, but the bulk of it came from a side of the company that not many people are familiar with.

Samsung’s stellar performance in recent quarters has primarily been driven by its semiconductor division as the company has leveraged its dominant position in the memory market to basically mint money. It has also been backed up by its display-making affiliate which is one of the largest suppliers of OLED panels in the market.

Most people know about Samsung’s mobile business since it makes the products that they’re most familiar with: smartphones and tablets. The average consumer probably doesn’t know that the display panel in their iPhone X is made by Samsung or that the storage solutions inside their notebook also comes from the same company.

Samsung earned close to $11 billion in profit from its smartphone and tablet sales this past year, which accounted for nearly 22 percent of all profits. Its semiconductor division raked in profits of $36.8 billion, accounting for a whopping 72 percent of its yearly profit. The rest was contributed by its consumer electronics division which sells home appliances and other products. The company mentioned in its earnings release that smartphone shipments decreased in Q4 2016 because of lineup optimization of its low-end models.

Apple released its Q1 2018 earnings yesterday, and they tell a different story. The figures are for the quarter ending December 2017; Apple’s financial year starts in October, which is why its Q1 2018 for the company. The company reported $88.3 billion in revenue for the quarter ending December 2017 and an operating profit of $20.1 billion. It sold 77.3 million iPhones and 13.2 million iPads in this period. iPhones and iPads accounted for $67.8 billion of the $88.3 billion revenue this past quarter. Apple doesn’t break down operating profit by device or division, but if iPhones accounted for almost 77 percent of its revenue for the quarter, one can reasonably expect that they accounted for a big chunk of its $20.1 billion profit.

iPhone shipments surged 66 percent compared to the quarter ending September 2017 while iPad shipments were up 28 percent in a shrinking tablet market. The iPhone X obviously played a part in this stellar performance. It’s the first Apple smartphone with an OLED display that is ironically supplied by Samsung, and also the first truly “new” iPhone in several years. It also happens to be the most expensive smartphone Apple has ever sold with the base model starting at $999.

Apple also emerged as the top global smartphone vendor this past quarter. Samsung doesn’t break down smartphone sales like Apple does but third-party data suggests it moved 74.1 million units compared to Apple’s 77.3 million units, thus accounting for 18.4 percent of the global smartphone market in December 2017, against Apple’s 19.2 percent. Samsung’s wide range of handsets always enables it to top full-year smartphone shipments and that was no different in 2017. IDC’s data shows that it shipped 317.3 million units in 2017 compared to Apple’s 215.8 million.

It’s a recurring theme though, Apple shipping fewer handsets than Samsung but making more money. One would expect Samsung to make more money from smartphones than Apple since it sells a lot more of them but that’s not how this works. Samsung sells devices in the low-end, mid-range and premium segments of the market with wildly different profit margins in each segment. The new iPhones that Apple releases every year are meant for the premium segment, and it caters to more budget-conscious customers with the previous year’s models that are then sold at a slight discount.

This stood true even when the mobile division was earning more than the semiconductor division. Take the quarter ending June 2016 for example. The mobile division made $24.3 billion in revenue with an operating profit of $4 billion, a 57 percent improvement year-over-year. It was the highest this figure had been in two years. Samsung attributed this to the success of the Galaxy S7 and the Galaxy S7 edge, which were in their first quarter of availability, and a streamlined mid to low-end lineup. The semiconductor division made $2.5 billion in profit on revenue of $17 billion in that same period.

The iPhone and iPad, meanwhile, accounted for $28.9 billion of Apple’s $42.35 billion revenue in the quarter ending June 2016, generating more revenue than Samsung in the months when iPhone sales are traditionally slow and new flagships from Samsung are ruling the news cycle. Strategy Analytics reported in March last year that Apple had captured 79.2 percent of global smartphone profits in 2016 compared to Samsung’s 14.6 percent.

Profit vs market share: Samsung better at the latter

Samsung’s mobile division is by no means a loss-making enterprise. It earns the company a couple of billion dollars every quarter, but it’s unlikely that the profits from its smartphone and tablet sales will ever match what Apple brings in from selling iPhones and iPads. It has a completely different way of running this side of the business than its American rival. Samsung is focused more on capturing market share, of which it has done a tremendous job.

It offers customers discounts on its products while Apple does not. It gives away freebies like Gear VR headsets, premium headphones, Gear 360 cameras and a lot more to customers who purchase a flagship smartphone (not in every market, though). Apple only gives you the iPhone you pay for. Samsung intentionally takes a hit on profit margins for the sake of market share.

While it doesn’t do this as much as it used to do before, Samsung releases many low-end and mid-range models to capture customers in emerging markets where affordability for even a two-year-old iPhone model is limited. Apple can’t compete with Samsung in the $200-$300 range, as it doesn’t sell a new smartphone for that amount of money.

It’s a double-edged sword, though, because Samsung can’t earn a lot of profit on those devices as well. There’s intense competition in that market segment, primarily due to Chinese vendors who can push out devices cheaper than Samsung’s with better specs. Retailers like Xiaomi are a headache for Samsung since they also cut down on overhead by mainly selling their handsets through online retailers and subsequently pushing prices down even further. Samsung has to price its products accordingly or risk being priced out of the market, and that further limits the profit it can make from these devices.

Samsung’s mobile division hasn’t been burdened with making a lot of profit because the semiconductor division has been minting money. Lots of it. However, even that gravy train is predicted to slow down in the coming years as prices for memory products fall and Chinese entrants try to establish themselves in this market.

The company might find itself in a spot of bother a few years from now if these predictions turn out to be true. As things stand, it’s going to get worse for its mobile division before it gets better. While it has been pouring money aggressively into consolidating its lead in the advanced memory market, falling prices will hurt profitability in the long run.

Apple mainly has to worry about selling iPhones – lots of them – every year. It has stuck to this script for over a decade and made its smartphone a veritable cash cow for the company. With a robust customer base behind it and growing influence in markets like China where Samsung has essentially been wiped out, we can expect Apple to continue beating Samsung in the smartphone market as far as profits are concerned.