Expect Samsung to launch UFS 3.0 storage solutions in the near future 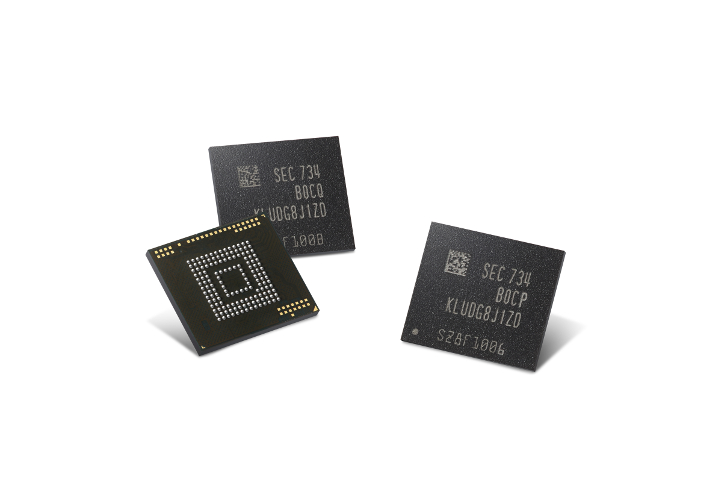 The JEDEC Solid State Technology Association is the global standards organization for the microelectronics industry. It has now announced version 3.0 of the Universal Flash Storage (UFS) standard. The UFS 3.0 standard has been developed for mobile applications and computing systems that require high performance with low power consumption.

UFS storage solutions are used in a variety of products such as smartphones, tablets and Chromebooks. With Samsung being a dominant force in the advanced memory technology market it’s only a matter of time before it comes out with UFS 3.0 storage solutions.

The new UFS 3.0 standard doubles the bandwidth from the current UFS 2.1 standard with a data rate of 11.6Gbps per lane for a maximum peak data transfer rate of 23.2Gbps with two lanes. It’s also more power efficient with a new 2.5V power supply mode that enables lower power consumption with support for the latest NAND technology.

Simply put, this means that storage solutions based on this standard will be faster while requiring less power. This should, at least in theory, deliver a small improvement in battery life for devices that use UFS 3.0 memory products.

The standard also introduces new reporting mechanisms on the storage controller that are primarily meant for the automotive market. Memory solutions based on UFS 3.0 must support the extended temperature range of -40°C to 105°C for automotive applications.

Samsung started producing the industry’s first UFS solution for use in automotive applications back in September last year based on the then most up-to-date UFS 2.1 standard. Samsung was also the first company to introduce 128GB embedded memory based on the UFS 2.0 standard in 2015.

We can be certain that Samsung will soon launch new storage solutions based on the UFS 3.0 standard as the company seeks to further cement its position as a leader in the memory market.

It was rumored last year that the Galaxy S10 storage might adopt the faster UFS (Universal Flash Storage) 3.0 standard. It was announced earlier in the year and the Galaxy S10 was expected to be Samsung’s first smartphone to ship with UFS 3.0. That’s not going to be the case, though. A teardown of the […]

The Galaxy S10 could be the first smartphone on the market to come with UFS 3.0 storage. The UFS (Universal Flash Storage) 3.0 standard was announced earlier this year, and Samsung has confirmed at Qualcomm’s 4G/5G Summit in Hong Kong that we will see UFS 3.0 storage in products in the first half of 2019. […]

Samsung today announced that it has started mass production of the industry’s first 256GB embedded universal flash storage for advanced in-car solutions. The company says that the new 256GB eUFS 2.1 for cars is the first storage device on the market to incorporate the advanced features of the recently announced UFS 3.0 standard. This new […]