According to market research firm Canalys, Samsung’s smartphone shipments in India fell 13.7 percent during Q1 2020 when compared to the same quarter in 2019. The South Korean firm managed to ship 6.3 million units in the quarter and managed to grab 18.9 percent of the Indian smartphone market. In comparison, Xiaomi and Vivo shipped 10.3 million (30.6%) and 6.7 million (19.9%) smartphone units, respectively.

Realme showed a tremendous growth of 200% in Q1 2020 and shipped more smartphones in the country than its parent firm OPPO. It sold 3.9 million smartphones and managed to acquire an 11.7 percent market share, while OPPO shipped 3.5 million units to capture 10.4 percent of India’s smartphone market.

Despite launching various Galaxy A and Galaxy M series smartphones, Samsung’s shipments fell in the first quarter of this year. The company is facing a lot of heat from Chinese firms Xiaomi, OPPO, Vivo, and Realme, all of which are offering smartphones with better hardware at comparatively lower prices. The situation could get even worse in Q2 2020 due to the COVID-19 crisis. 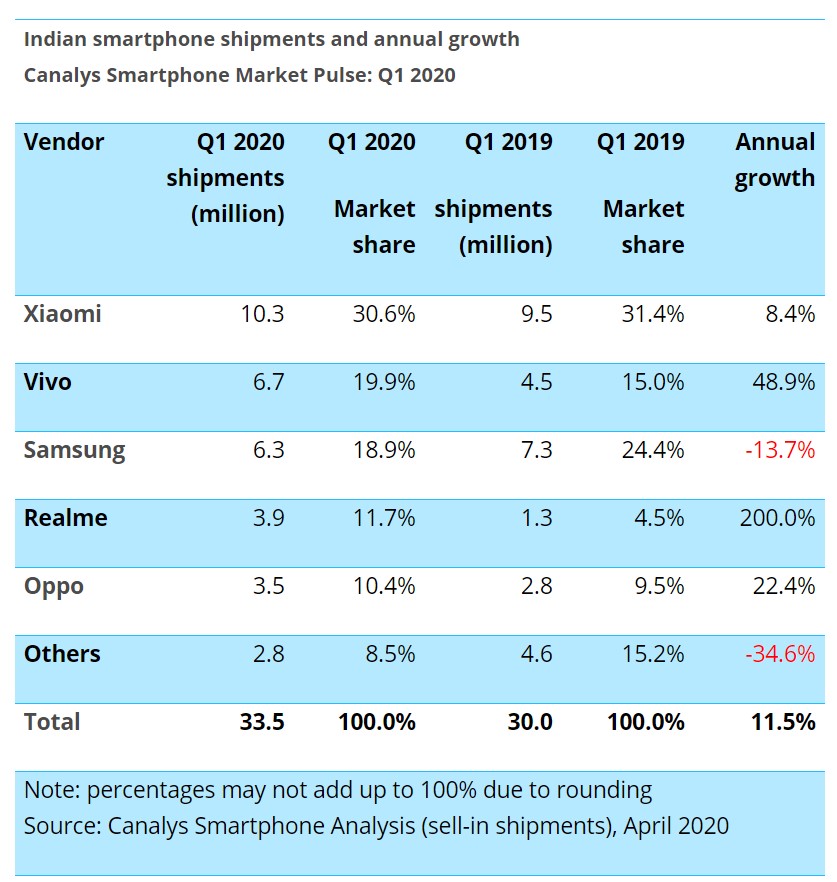