Samsung managed to recapture India’s premium smartphone segment by shipment market share in Q1 2020 even if zero shipments were recorded in the last week of March due to the COVID-19 lockdown, according to fresh data from Counterpoint Research. This was the first time in the last four quarters when Samsung led the premium market segment in India.

To be precise, Counterpoint Research defines the premium segment at a price point above INR 30,000, or roughly $400. In other words, the data covers more than just flagship phones.

The source claims that affordable premium phones like the Galaxy S10 Lite and Galaxy Note 10 Lite, along with the ultra-premium Galaxy S20 series were the main drivers for the company’s success in India throughout Q1. Incentives and Galaxy S20 cashbacks have also contributed to boosting the company’s share.

Samsung’s premium smartphone shipments in the first quarter helped the company secure 34% of the market. But despite this newfound success, Samsung is unlikely to carry forward this momentum, according to the research firm. This is due to the shutdown of all retail activities in the first half of the second quarter.

On one hand, Samsung is already bringing 20,000 retailers online to increase sales, so it remains to be seen how the company will perform throughout Q2. On the other hand, the company recently lost second place in India to Vivo, so even though Samsung is winning some key battles, it seems to be losing ground in the bigger war. Things could still turn around, especially since the marks left on the economy by COVID-19 might be reshuffling the cards to a degree. 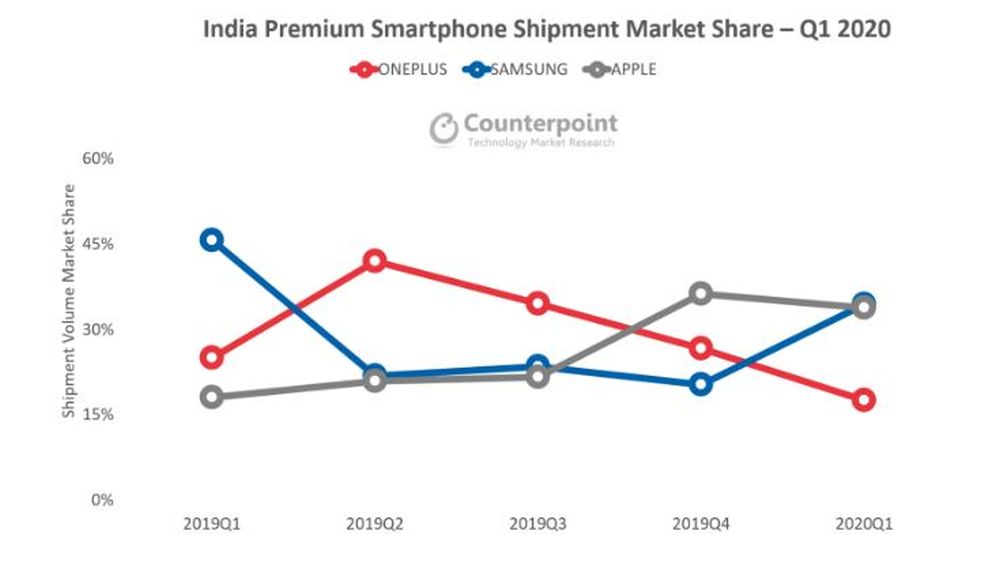