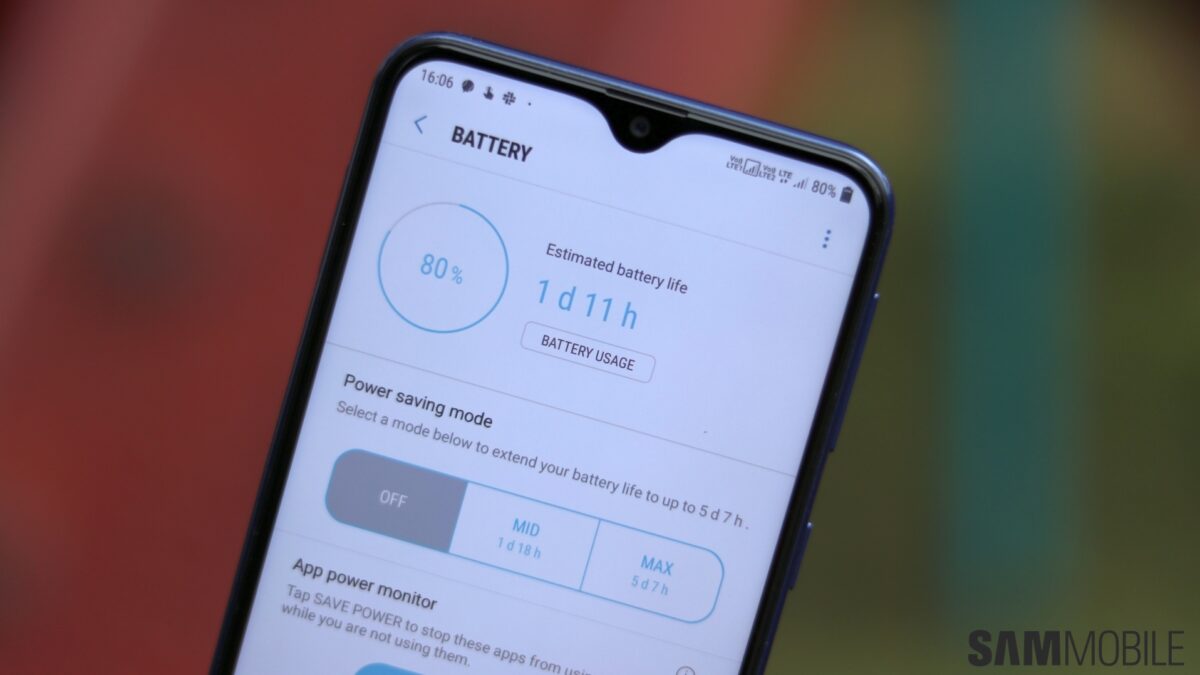 An image from a South Korean test lab confirms recent rumors about a Samsung device packing a 6000 mAh battery. The alleged Galaxy M20s will apparently outdo the battery of the original Galaxy M20 by quite a margin.

Some time ago, the first rumors surfaced about a Galaxy M20s with a battery that surpasses even the M20’s large 5,000 mAh cell. Now, GalaxyClub points to a photo that emerged from the belly of South Korea’s testing facilities, confirming the earlier mentioned information. Pictured is a Samsung battery with product code EB-BM207ABY, which logically belongs to a device with model number SM-M207F.

Despite the rather crappy quality, one number can be made out more or less clearly: the 22.45 Wh capacity. Given that phones operate at 3.85 Volt, a quick calculation gives us the capacity in mAh: 5,831. Mind you, this is the battery’s rated capacity. The typical capacity is not very legible but seems to be a round number. A 6,000 mAh typical capacity fits both the image and the confirmed rated capacity.

Aside from the battery information, not a lot is known about the Galaxy M20s (SM-M207F). We could guess it might arrive alongside the Galaxy M30s, but that still leaves us with no idea when the device will launch, and where. Still, Samsung seems committed to offering bigger batteries in affordable phones, which is not something anyone will object to. 2019 is proving a busy year with many devices launched, and it does not look like Samsung is slowing down anytime soon.