Samsung had already revealed that it won’t launch a Galaxy Note series smartphone this year. However, the company confirmed that a new Galaxy Note device could be coming next year. But what about the Galaxy Note lineup’s long-term plan? Well, it looks like the company has no interest in refreshing the lineup.

Our friends at GalaxyClub have managed to dig up information related to Samsung’s renewed trademarks. The South Korean firm seems to have renewed the Galaxy A, Galaxy M, Galaxy S, and Galaxy Z trademarks. The Galaxy Note trademark is notably missing from the list. While we can’t say for sure what it exactly means, it could hint towards Samsung’s long-term plan for the Galaxy Note lineup. The company might not launch any major Galaxy Note device in the future. Instead, it could market the Galaxy Fold lineup as a credible replacement.

Samsung brought S Pen compatibility to the Galaxy S21 Ultra earlier this year and the Galaxy Z Fold 3 last month. Most Galaxy Note fans have largely dismissed those devices because they don’t have a dedicated S Pen slot. However, it looks like Samsung might not launch any ultra-high-end Galaxy Note device in the coming months, especially with the company getting higher pre-orders for its new Galaxy Z lineup.

Do you think Samsung is making a mistake by discontinuing the Galaxy Note series? Let us know in the comments section below. 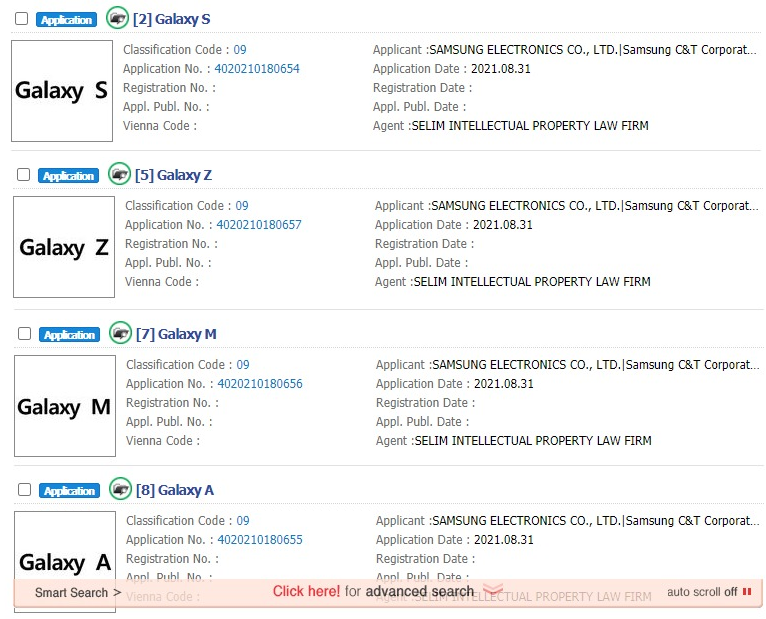