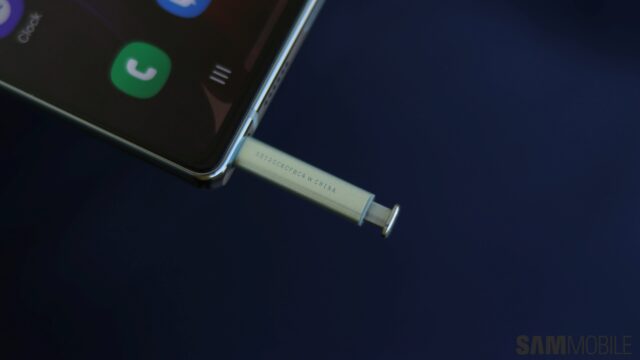 The Galaxy S22 series will be highly unusual, or rather, the Galaxy S22 Ultra model will. That’s true, at least according to the recent leaks that gave us a first hands-on look at the upcoming flagship. It has a dedicated S Pen holster, and it looks very much like a Galaxy Note device, which means that the future of the Galaxy Note series itself might be in jeopardy. We explore these thoughts in our latest episode at SamMobile TV.

Beyond the moniker, we define a Galaxy Note as a Samsung smartphone that has an S Pen and a dedicated S Pen holster built into its chassis and comes with all the necessary productivity software tools. According to the latest leaks, the Galaxy S22 Ultra is shaping up to tick all those boxes, essentially becoming a proper Galaxy Note device despite its final moniker possibly saying otherwise.

We discuss the future of the Note series, the S Pen, and other Galaxy phones that might borrow this accessory in the future in our latest episode at SamMobile TV. So, without further ado, join us on YouTube or one of our other social media networks linked below, and feel free to share your thoughts on the matter.

Download these Galaxy S22 wallpapers and decorate your existing phone