Samsung confirms that the Galaxy Note series will live on 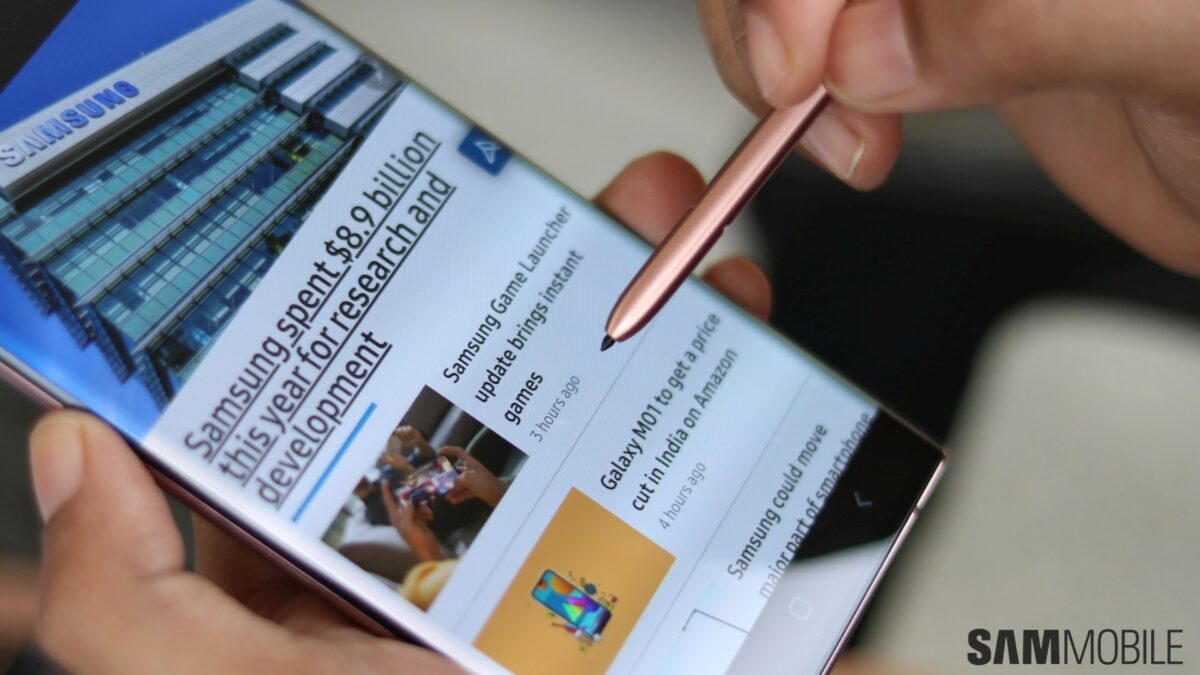 Multiple rumors had claimed over the past few months that Samsung will end the extremely popular Galaxy Note series. With the launch of the Galaxy S21 Ultra, which supports the S Pen, it appeared as if the South Korean firm had really made its decision to discontinue the Galaxy Note lineup. However, the company has confirmed today that it will continue to launch more phones in the series.

During Samsung’s 52nd annual shareholder’s meeting, DJ Koh, co-CEO of Samsung’s IT and Mobile Communications division, mentioned that it might be difficult for the company to launch the Galaxy Note 21 series this year due to a severe shortage of chips and the clash with existing products (the Galaxy S21 Ultra). However, he said that Samsung intends to launch a new Galaxy Note model in 2022. DJ Koh also said that launch timelines for next year’s Galaxy Note might differ from previous launches.

DJ Koh said, “Galaxy Note is an important product category to us that has been continuously loved by consumers for the past 10 years in the global market. The S Pen user experience is an area that Samsung’s mobile business has worked harder on than anybody else. Their launch timing may be different, but we will make sure that we don’t let Galaxy Note consumers down.”

Since the Galaxy S21 Ultra supports the S Pen, it was being speculated that the company will replace the Galaxy Note series with the Galaxy S series and simplify its smartphone lineup. The company also wants to cement the Galaxy Z Fold series’ position as the ultra-premium model and make the Galaxy Z Flip more affordable so that consumers can upgrade to foldable phones easily.

The Galaxy S22 series will be highly unusual, or rather, the Galaxy S22 Ultra model will. That’s true, at least according to the recent leaks that gave us a first hands-on look at the upcoming flagship. It has a dedicated S Pen holster, and it looks very much like a Galaxy Note device, which means […]

Samsung had already revealed that it won’t launch a Galaxy Note series smartphone this year. However, the company confirmed that a new Galaxy Note device could be coming next year. But what about the Galaxy Note lineup’s long-term plan? Well, it looks like the company has no interest in refreshing the lineup. Our friends at […]

To the massive disappointment of Galaxy Note fans, the rumors turned out to be true. Samsung didn’t reveal any new Note models at Galaxy Unpacked this year, but instead, it focused on pushing the new Z3 foldable lineup in the limelight. Samsung tried to make things better for Galaxy Note fans by adding S Pen compatibility […]

Update: More than 25,000 people have signed this petition in three days. Clearly, the Note loyalists haven’t gone anywhere. If you haven’t already, go ahead and sign the petition to show Samsung that you mean business. For the first time in about a decade, there’s not going to be a new Galaxy Note flagship. This […]

Samsung may be going all in on its foldable offerings, but there’s no denying the fact that more people are interested in seeing a new Note flagship and the Galaxy S21 FE (Fan Edition). But, as has been made abundantly clear, Samsung isn’t launching a new Galaxy Note smartphone at all this year. The Note […]