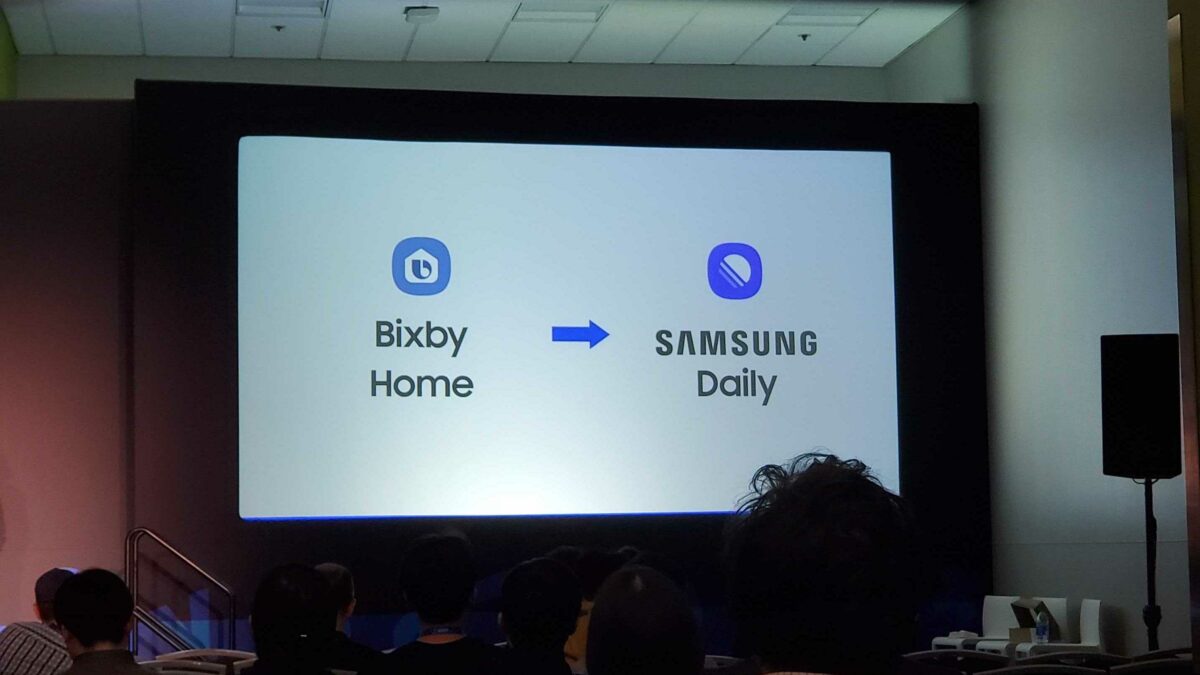 We reported three weeks ago that Samsung had applied for a trademark on “Samsung Daily.” The filing was a little light on details but it seemed that this would likely be for a newsfeed app for the company’s mobile devices.

That’s exactly what it is. Samsung officially unveiled Samsung Daily at its annual developer conference in San Jose, California today. It also confirmed that Samsung Daily will be replacing Bixby Home as the primary content discovery platform on its devices.

For those who are unaware, Bixby Home is a card-based contextual information hub. It pulls in a whole host of information from supported apps and displays all of it in a card-based interface. You can have cards for the weather, your calendar, Samsung Health, email, news, etc.

The company has decided to replace it with Samsung Daily. The core functionality remains the same. It will pull in information which will be displayed as cards that you can interact with. You’ll get cards for news, sports, video, games, music and recipes in Samsung Daily. Some improvements have been made to the interface as well so that it’s more easier for users to digest all of the information that’s presented to them.

Samsung is also making it easier for developers and content creators to bring their content to the app. They will even be able to take advantage of interactive templates that allow them to best showcase their content. This will result in a wide choice of sources for users who wish to rely on Samsung Daily.

Since Bixby Home exists as a separate app, Samsung doesn’t really need to wait for the One UI 2.0 update to release Samsung Daily. We were told that Samsung Daily may start rolling out in November. 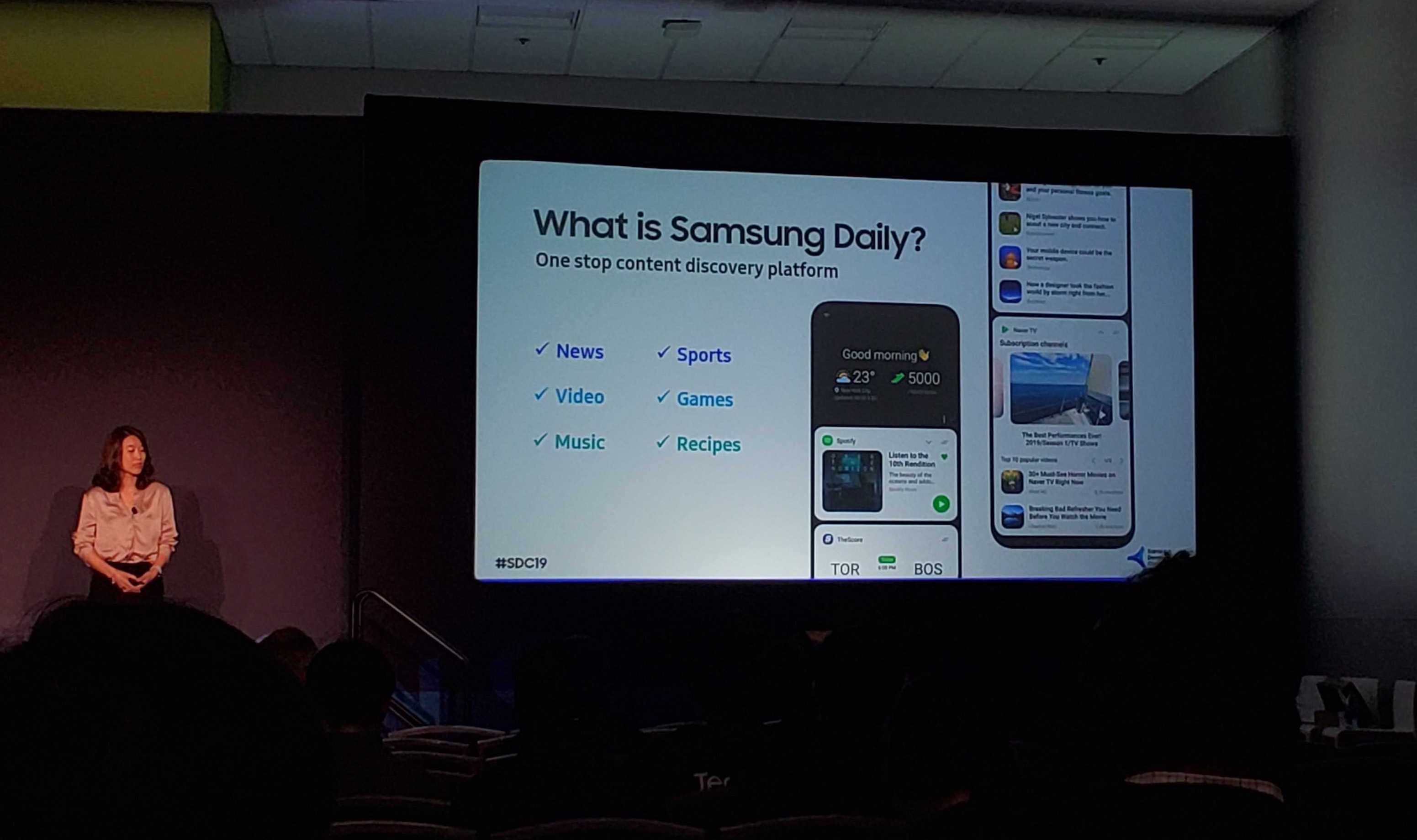 Samsung Daily rolling out as Bixby Home replacement, but there’s a catch

Samsung has announced the winners of the Mobile Design Competition at SDC 2019. The competition was first revealed in June and it’s the product of a collaboration between Samsung and design magazine Deezen. Over the past few months, contestants have had a chance to submit designs to one of two categories labeled Next Mobile Wallpaper […]

Samsung has brought the Galaxy Tab Active Pro to SDC 2019 in San Jose, marking the rugged tablet’s official release in the United States. The Wi-Fi-only variant is now available for purchase in the US through Samsung’s partner retail channels, while the LTE model will launch on November 15. US market gets a new rugged […]