Samsung Daily rolling out as Bixby Home replacement, but there’s a catch 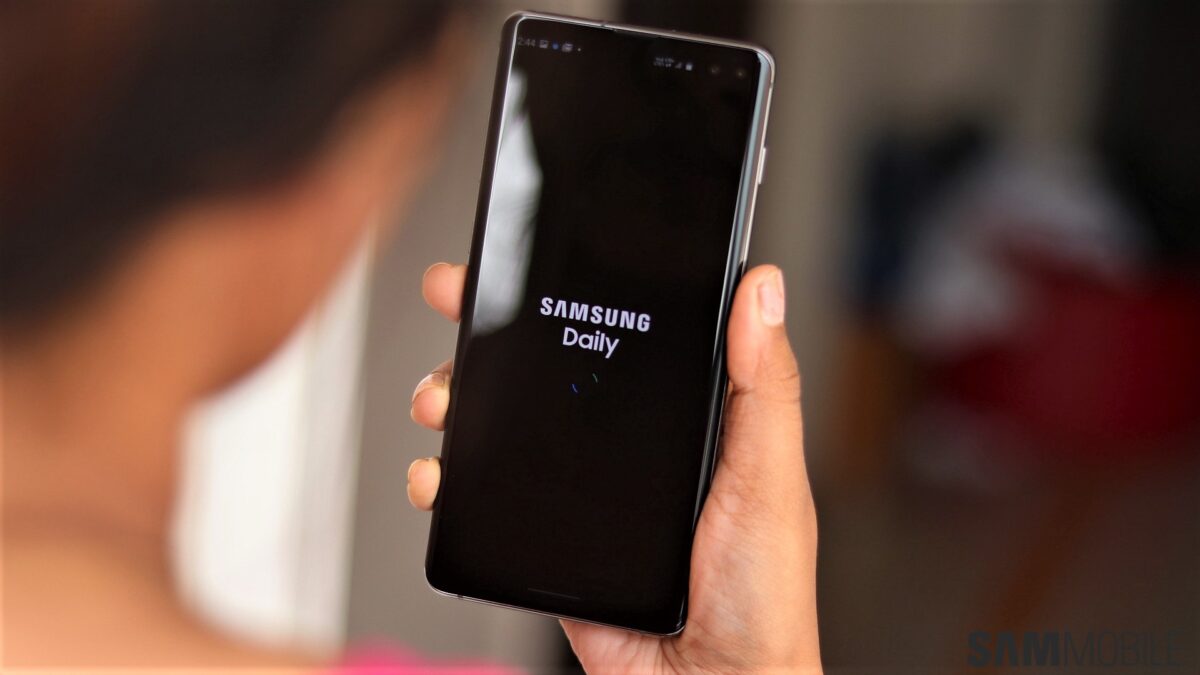 Samsung Daily is a rebranding of Bixby Home, which resides on the leftmost home screen on Galaxy devices and shows you news and other content from various services and websites in a card-based UI. Samsung Daily has no new functionality and the user interface remains the same as well. However, a few new services for news, videos, sports, and other content have been added. Some existing ones, like Flipboard, are still present, while services like Uber and Foursquare seem to have been removed. 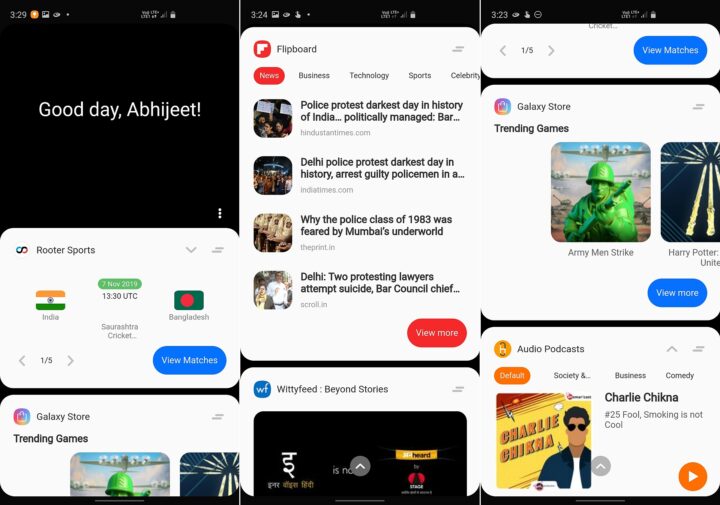 Samsung had said at its developer conference last month that Samsung Daily would start rolling out in November, but according to the app’s changelog, the worldwide rollout will start by the end of the year, no doubt once the stable Android 10 update gets released. That doesn’t mean that Samsung Daily won’t be available on Android Pie, but for now, it’s only available for those that are running the latest Android 10 beta on their Galaxy S10e, Galaxy S10, Galaxy S10+, or Galaxy S10 5G. It’s not available on the Android 10 beta on the Galaxy Note 10.

To get Samsung Daily, open the Galaxy Store on your phone, tap the three-dot button on the top right, tap My page, tap Update, then look for an update to Bixby Home and download it. You can also try tapping this link to open the Samsung Daily page directly on the Galaxy Store, although this will only work on Android 10 on a Galaxy S10 (you’ll be taken to the Bixby Home store listing on Android Pie). 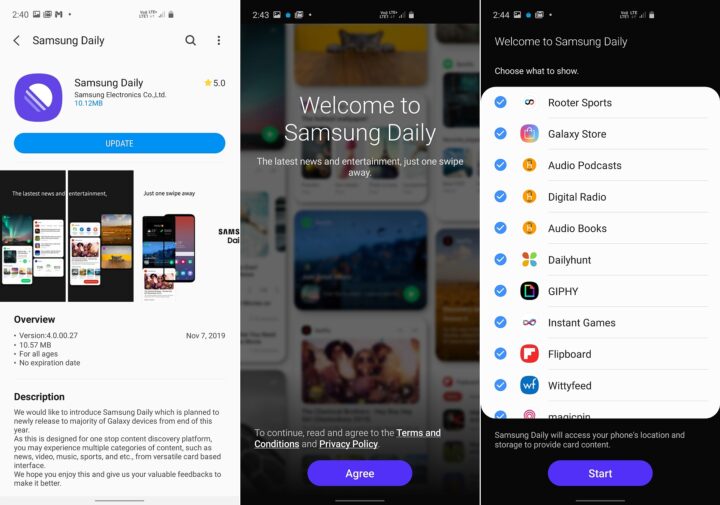 We reported three weeks ago that Samsung had applied for a trademark on “Samsung Daily.” The filing was a little light on details but it seemed that this would likely be for a newsfeed app for the company’s mobile devices. That’s exactly what it is. Samsung officially unveiled Samsung Daily at its annual developer conference […]

Samsung has applied for the ‘Samsung Daily’ trademark with the European Union Intellectual Property Office (EUIPO) yesterday (via Galaxy Club). While the trademark itself doesn’t reveal much, the description in the application suggests a Flipboard-meets-Bixby style newsfeed app for smartphones and tablets. Before we speculate any further, it’s worth reminding that Samsung applies for hundreds […]

Bixby Home is one of the core components of Samsung’s virtual assistant Bixby. It proactively offers information about news, weather, fitness, upcoming appointments, etc. to the users. Sports content from the popular sports website theScore.com is joining the list now. TheScore has announced the launch of sports news and scores on Bixby Home for users […]