Samsung has brought the Galaxy Tab Active Pro to SDC 2019 in San Jose, marking the rugged tablet’s official release in the United States. The Wi-Fi-only variant is now available for purchase in the US through Samsung’s partner retail channels, while the LTE model will launch on November 15.

US market gets a new rugged tablet for the workforce

The Galaxy Tab Active Pro was first unveiled a couple of months ago as a purpose-built tablet for work outside the office. Harsh environments are this device’s natural habitat, making it a perfect fit for industries ranging from manufacturing to public safety.

Samsung has treated the Galaxy Tab Active Pro with a rugged anti-shock Protective Cover, which should allow the tablet to survive drops from heights of up to 1.2 meters without a scar. The tablet itself is MIL-STD-810G-certified and comes with IP68 water and dust resistance. The accompanying S Pen benefits from the same level of ingress protection. 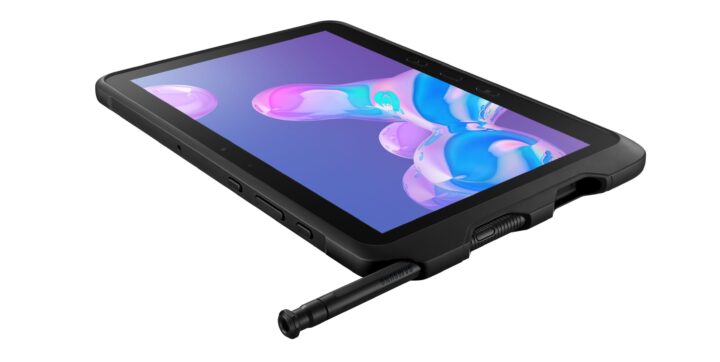 Samsung completes the Galaxy Tab Active Pro package with the usual security features like Knox, as well as productivity features including DeX. The tablet also takes advantage of Citrix Workspace, giving businesses a secure way to empower their employees with tools and apps remotely.

Back when Samsung originally introduced the Galaxy Tab Active Pro to the world, the company didn’t quite go into detail as to what makes this device tick. Of course, the internal specs are no longer a mystery.

In the United States, the Galaxy Tab Active Pro is powered by the Snapdragon 670 chipset from Qualcomm and 4GB of RAM. It has 64GB of expandable storage, a 13-megapixel main camera, and an 8MP front-facing sensor. All of the components rely on a 7,600mAh battery. The slate benefits from NFC and Bluetooth 5.0 connectivity, while boasting a wide range of sensors including a fingerprint scanner.

More news »
You can now buy the Galaxy Book Go in the US Asif S.|1 hour
US Carrier variant of the Galaxy A51 starts getting the May 2021 security update Asif S.|3 days
Galaxy Watch 3 series gets massive discount as the end of Tizen draws near Mihai M.|3 days
Unlocked Galaxy Note 9 units in the USA get new update Abhijeet M.|4 days
SamMobile Weekly Giveaway
Best Picks More »
Best Samsung Phones in June 2021 – Picked by experts
2 weeks ago