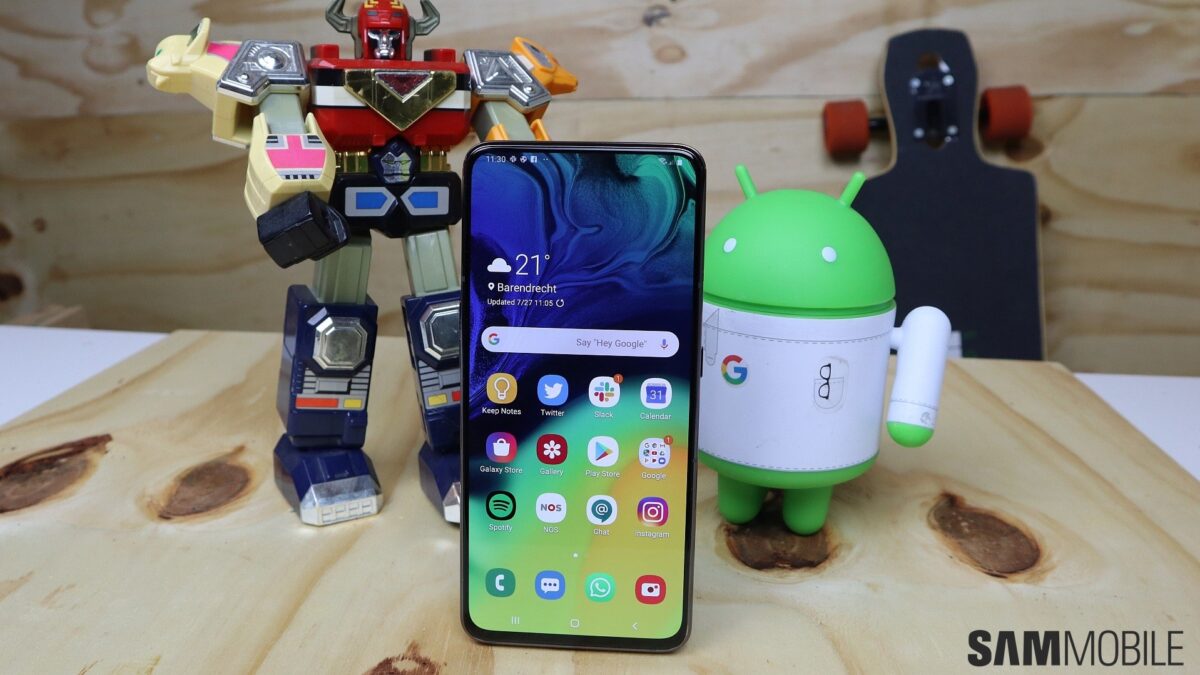 Samsung has just confirmed the existence of two upcoming Galaxy A phones, the Galaxy A91, and the Galaxy A90 5G. The listing on Samsung Hungary’s website also reveals one of their key hardware details. The Galaxy A91 will support 45W charging speeds, while the A90 5G will come with support for 25W fast charging.

The Galaxy Note 10+ (and its 5G variant) is the first smartphone to support Samsung’s new 45W Super Fast Charging 2.0 tech, but it certainly won’t be the last. The official list of compatible models for the 45W charger reads “Galaxy Note 10+, Note 10+ 5G, A91 and higher”, suggesting that the technology will be making its way into more phones soon. Samsung is yet to ship the 45W charger globally, though.

The Galaxy A91 will be Samsung’s top-of-the-table offering in the 2020 Galaxy A lineup. It is said to feature a quad-camera setup consisting of a 108MP main camera, 16MP wide-angle lens, a 12MP telephoto lens with 5x optical zoom, and a ToF sensor. No other info about the handset is available yet.

The Galaxy A90 5G, on the other hand, is rumored to feature a triple rear camera setup with “Tilt OIS” tech. The handset is Samsung’s attempt at a cheaper 5G smartphone. The Galaxy A90 5G has already picked up the necessary certifications from various agencies, hinting at an imminent launch.

Samsung is preparing its Galaxy A (2020) series for release and we already know what the new models will be called. The Galaxy A91 will be one of the more premium models in the new series. Unofficial CAD renders of the Galaxy A91 have been leaked online today. They highlight the new design direction that […]