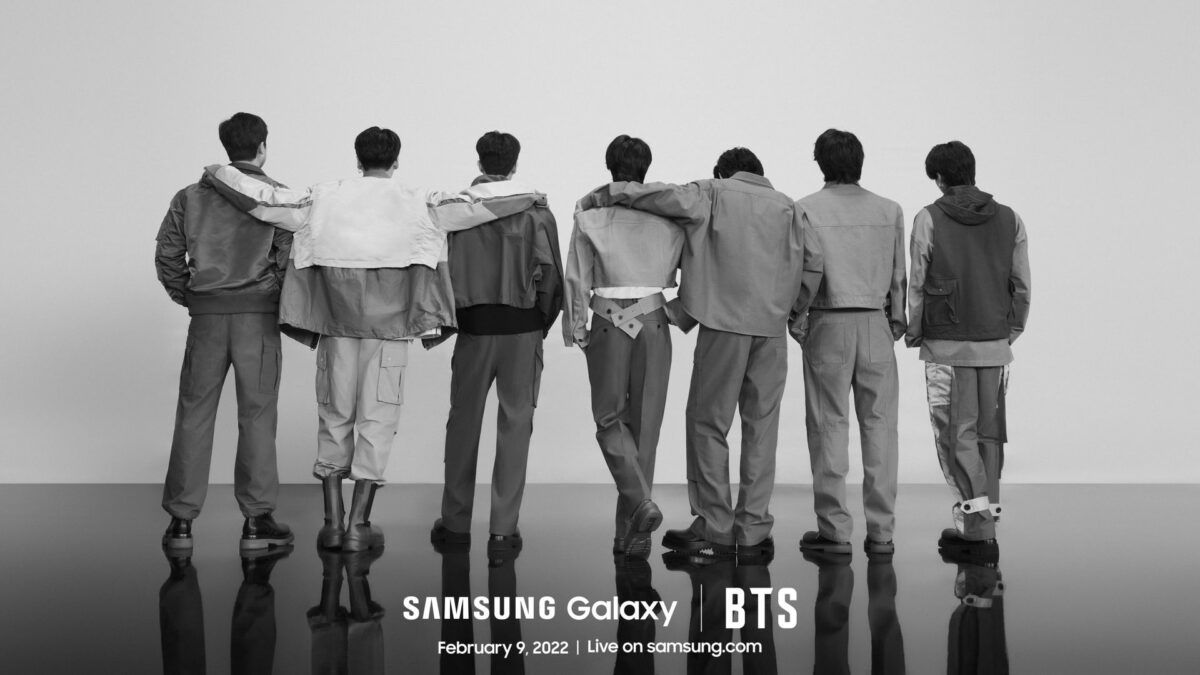 BTS is coming to Galaxy Unpacked 2022! The collaboration between Samsung and the K-Pop group turned global phenomenon continues this year, though the scope of the partnership for this year remains unknown.

Samsung teased via Twitter that BTS is coming to Galaxy Unpacked 2022 on February 9. As we all know, the tech giant plans to unveil the Galaxy S22 and Galaxy Tab S8 flagship lineups on that day.

BTS was also present at Galaxy Unpacked 2021 when the S21 series was introduced, but unlike in previous years, Samsung didn’t release a purple Galaxy S21 BTS Edition device. Instead, the company invited BTS members to try out its latest devices and, essentially, leverage their influence to promote the flagship phones.

Will there be a Galaxy S22 BTS Edition this year?

That’s the thing. Nobody knows if Samsung will release a Galaxy S22 BTS Edition this year, as the company hasn’t revealed anything else aside from the fact that the popular K-Pop band will somehow be involved in the event.

Assuming there’s no BTS Edition device coming at Unpacked 2022, Samsung will at least invite BTS members to unbox the latest phones and tablets on camera. BTS unboxing and reaction videos have proved to be very successful for Samsung’s mobile business from a marketing standpoint, so it’s no wonder that the collaboration continues this year, BTS Edition device or no.

But, once again, the precise nature of this partnership at Unpacked 2022 is unknown. Either way, we’ll make sure to keep you up to speed, so stay tuned. And if you don’t want to miss out on anything at Unpacked, here’s how you can watch the show once it’s live.

Every new Galaxy Fold generation has introduced significant upgrades beyond the usual improvements to performance. The Galaxy Z Fold 2 added the larger cover display, and the Galaxy Z Fold 3 adopted the optional S Pen. But by the looks of it, the Galaxy Z Fold 4 might be the first device in the series […]

Samsung is seemingly trying to take the spotlight away from leaks ahead of Unpacked 2022. It took it upon itself to build up some hype for the upcoming event, and last night, the company revealed another teaser trailer for Unpacked and the next-gen foldable phones. We’re following up with a video of our own, so […]

Samsung: 2022 will mark a turning point for Unpacked events

Samsung’s yearly Unpacked events are going through some exciting changes. These launch events have been the best place to be for Samsung fans since 2009, and over the past couple of years in the COVID era, the formula shifted from offline to online events for safety concerns. Now, as the Galaxy Z Fold 4 and […]