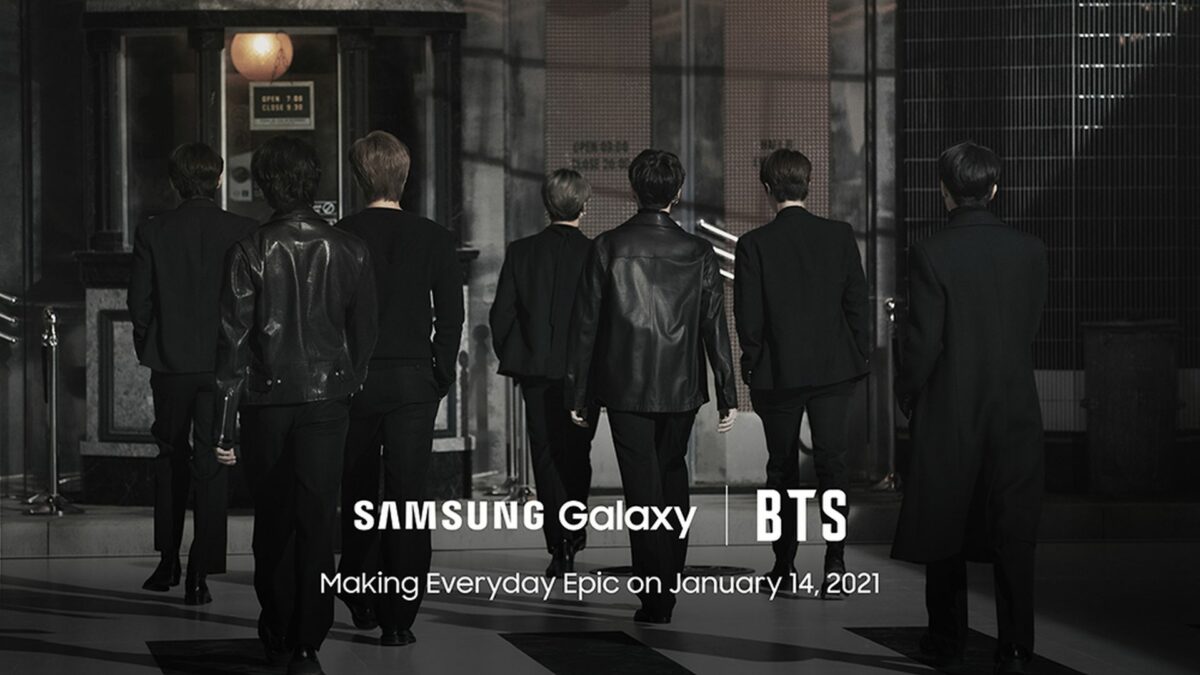 Samsung’s fruitful collaboration with the K-pop group BTS began in February last year around the time the Galaxy S20 series was introduced. BTS participated in Samsung’s marketing events surrounding the flagship series, and the latter was enriched by a Galaxy S20+ BTS Edition variant and a pair of Galaxy Buds+ BTS Edition earbuds. They were all wrapped in a new purple color that would appeal to the group’s fans, aka BTS ARMY.

In 2021, Samsung is strengthening its partnership with BTS to provide unique mobile experiences set to make your everyday epic, revealed the company in anticipation of Unpacked 2021. The event is scheduled for January 14 and, of course, it will be centered around the Galaxy S21 series and the Galaxy Buds Pro.

Samsung’s official announcement regarding BTS in 2021 is more of a teaser than anything else, and because no purple Galaxy S21 BTS Edition variants have leaked so far, there is a possibility that Samsung and BTS have no plans to release a unique color option for the flagship series this year.

After all, BTS also promoted the Galaxy Z Fold 2 and the Galaxy S20 FE, but these marketing campaigns culminated in a few unboxing videos and no purple variants. On the other hand, given that Samsung’s partnership with BTS began with the Galaxy S20 series, it would be fitting for the Galaxy S21 to mark the year with a special edition.

If nothing else, you can be certain BTS will make an appearance at Unpacked 2021 on January 14. And if a purple Galaxy S21 BTS Edition variant exists, it will be interesting to see how it fits in the standard color scheme alongside Phantom Violet.