Samsung doesn’t have many Fan Edition smartphones under its belt. It doesn’t have enough of these devices for us to determine what exactly prompts Samsung to create one, but the Galaxy S20 FE exists and it was released roughly half a year after the standard Galaxy S20 series.

The Galaxy S20 Fan Edition is aimed at customers who are willing to give up on certain specs or characteristics in favor of buying a Galaxy S20-branded smartphone for a lower price. It shares a few characteristics with the standard Galaxy S20+ but the two models still remain largely different.

The design is one of the areas in which the Galaxy S20 FE draws inspiration from the standard Galaxy S20. The back panel carries a similar camera cutout accomodating a triple-camera setup, but the Galaxy S20 Fan Edition changes the formula at the front by employing a completely flat screen as opposed to one with curved edges. Even so, the display has a centered Infinity-O cutout for the selfie camera and the bezels are fairly thin but not quite as unobtrusive as they are on the standard Galaxy S20 series. The phone has a metal frame and a plastic back panel that has a matte finish. It carries physical buttons on the right edge, a SIM card tray at the top, and it was released in six colors: Cloud Navy, Cloud White, Cloud Pink, Cloud Red, Cloud Blue, and Cloud Gold.

The Galaxy S20 FE will be available in two main variants; one limited to 4G and the other taking advantage of the new 5G standard. Aside from different connectivity features, these two models also adopt different chipsets. This seems to go against the nature of Fan Edition devices as customers expect them to address whatever gripes they might have had with the original models. But the Galaxy S20 Fan Edition – or at least the 4G model – throws that philosophy out the window. 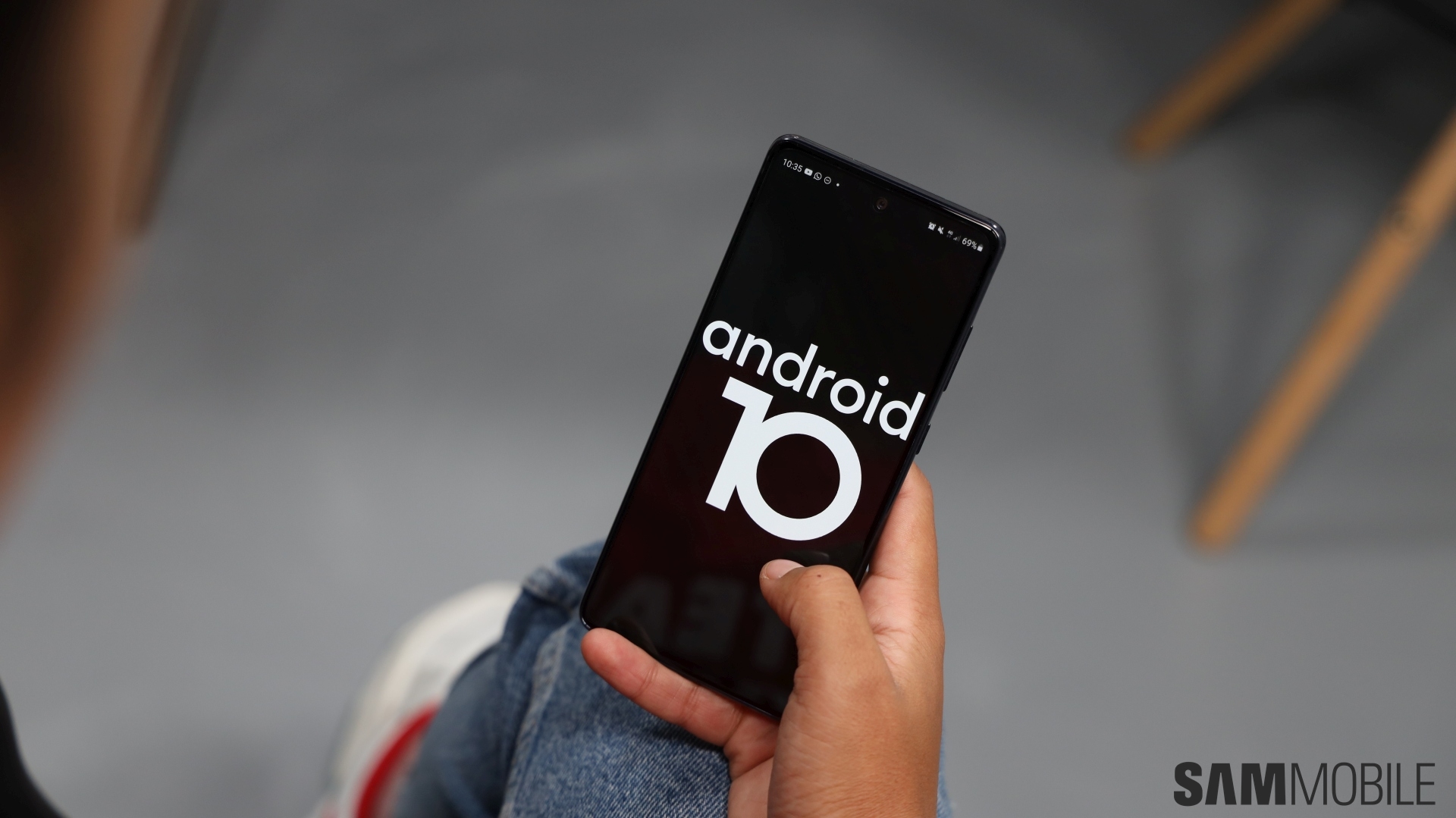 In other words, the Galaxy S20 Fan Edition 4G is powered by the controversial Exynos 990 SoC, whereas the Galaxy S20 Fan Edition 5G is equipped with the superior Snapdragon 865 chipset. Some markets have gotten the 4G model, while others were lucky enough to get the 5G variant. In either case, the chipset is paired with 6GB of RAM and 128/256GB of UFS 3.0 storage. An 8GB RAM variant is also available.

A 4,500mAh battery powers the device and the components are wrapped in a body that is IP68-rated. Other details include expandable storage and 25W super fast charging, although the phone ships with a 15W charger. The device supports fast wireless charging 2.0 as well as reverse wireless charging.

As mentioned previously, the Galaxy S20 FE is quite an unusual member of the Galaxy smartphone family in 2020 because it has a completely flat display. Most of Samsung’s devices have displays with curved edges but the Galaxy S20 FE does away with that convention. The smartphone’s Super AMOLED display has a 6.5-inch diagonal, a resolution of 2400 by 1080, and a pixel density of around 405 pixels per inch. It’s compliant with the HDR10+ standard and much like the Galaxy S20, the Fan Edition’s display is capable of a 120Hz refresh rate which contributes to smoother animations.

Two of the three rear-facing cameras used by the Galaxy S20 Fan Edition are identical to the standard Galaxy S20. The device has the same 12MP wide-angle shooter with PDAF and OIS, as well as the same 12MP ultra-wide module. However, it replaces the 64MP telephoto lens with an 8MP sensor with 3x hybrid optic zoom and up to 30x digital zoom. 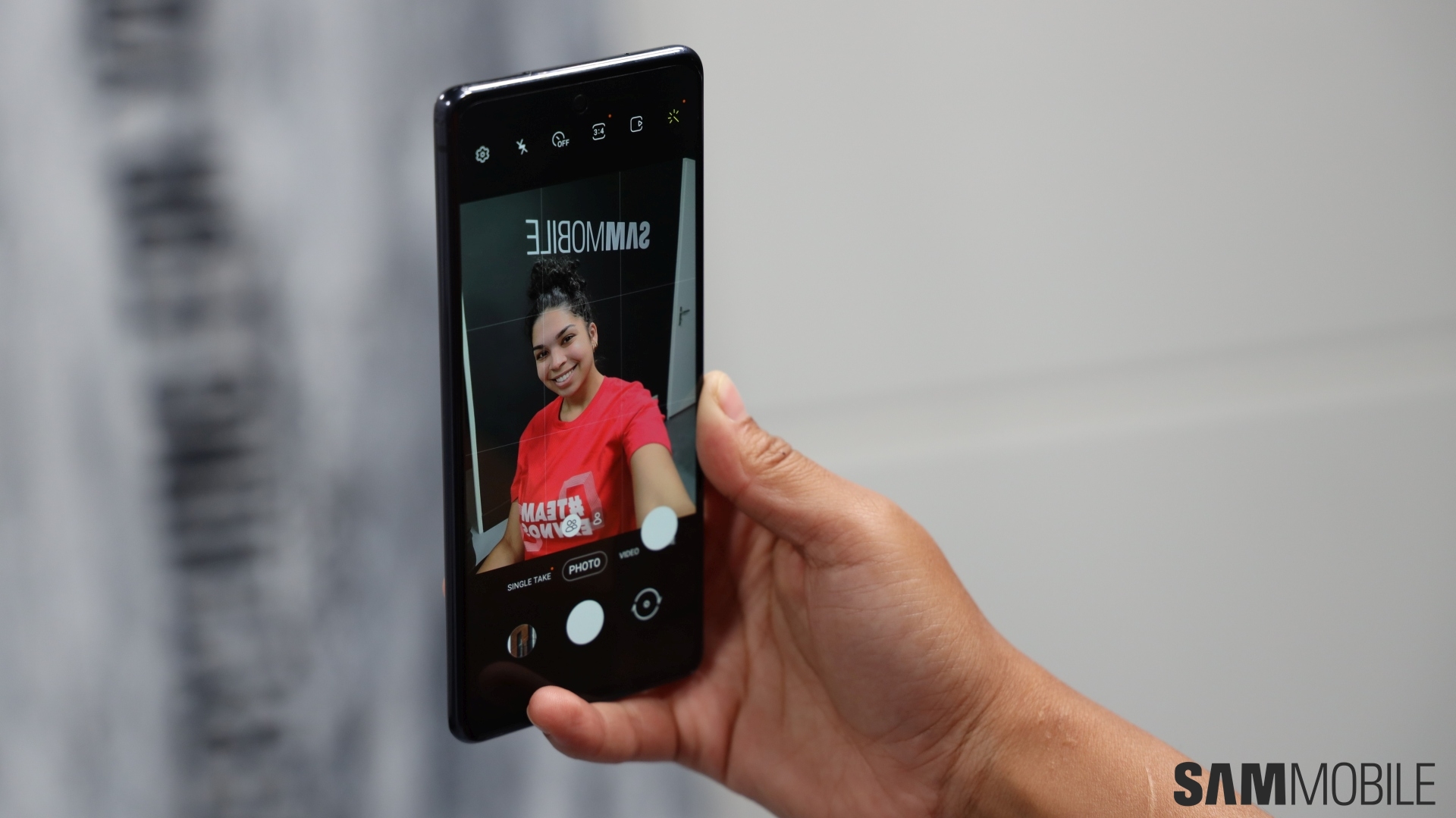 The camera combo takes advantage of features such as Night mode and Single Take. The selfie sensor has a resolution of 32MP and boasts 4K video recording capabilities.

The Galaxy S20 FE offers a user experience very similar to the standard Galaxy S20, and that’s because it ships with Android 10 and One UI 2.5 out of the box. It takes advantage of features like Quick Share, Wireless Dex, and more. Samsung has confirmed that the Galaxy S20 FE will receive three years of Android OS upgrades.

Pre-orders for the Galaxy S20 FE began on September 23, 2020. The base model of the Galaxy S20 FE 5G costs $699 in the United States. Prices start at 649 and 749 euro for the LTE and 5G variants in Europe, respectively. The Galaxy S20 FE hit shelves on October 2. Reports suggest that Samsung is aiming to sell 10 million units of the device this year so it’s going to be pretty widely available.

SamMobile has been covering the story of the Galaxy S20 FE ever since the publication got a hold of exclusive information in the summer of 2020. The phone is now official but its story continues, so make sure to follow our coverage if you want to keep up to date.

You can also download a variety of resources from our website for free, including Samsung firmware, APKs, and wallpapers. Our optional premium plans offer additional benefits such as faster firmware download speeds, ad-free browsing on our website, expert support, product giveaways and more.