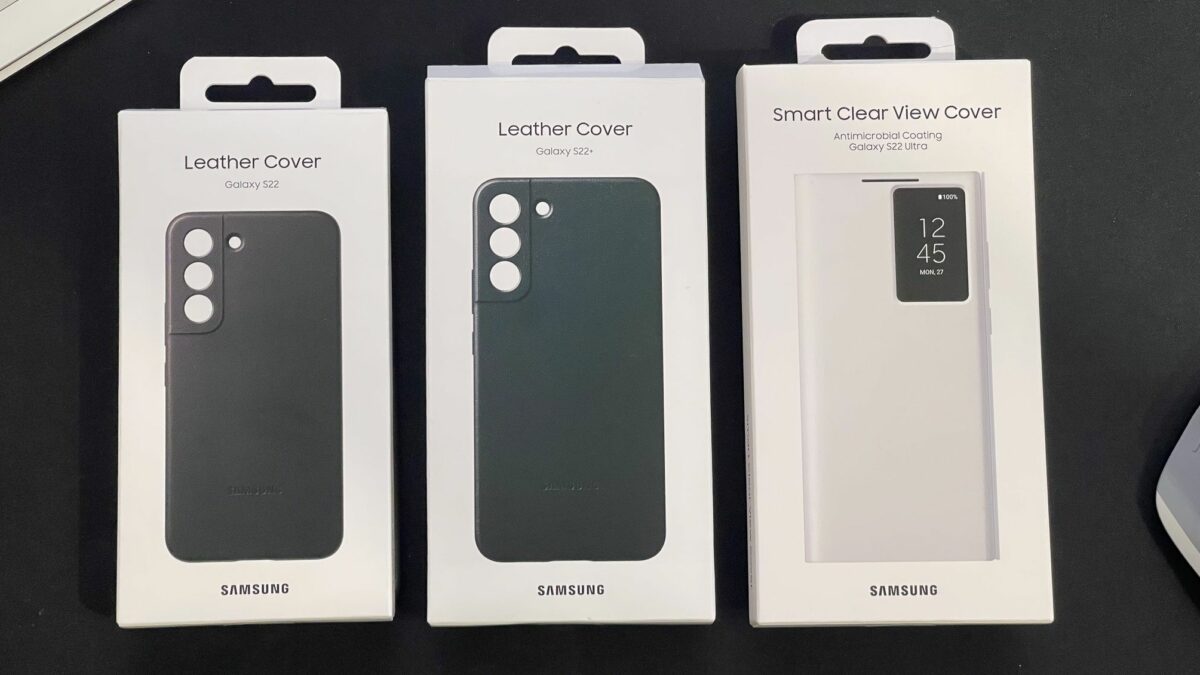 We got a hold of real-life photos depicting a few official case models for the Galaxy S22 series. The hands-on photos showcase the Galaxy S22 and S22+ Leather Covers and the unusual Galaxy S22 Ultra Smart Clear View Cover. The latter was revealed in renders yesterday, and today’s real-life photos present the same odd design featuring a square cutout for the Always-On Display.

The official covers are wrapped around dummy Galaxy S22 units, as you can tell by the small aperture of the fake rear-facing cameras. However, the cases appear to be very real, and once again, they reconfirm a few of the things we already suspected about the Galaxy S22 lineup.

The Galaxy S22 and S22+ will have a similar design and remain true to the S-line design language, while the Galaxy S22 Ultra will be very different from the rest. It has a built-in S Pen holster, a different camera housing design, and squarer corners.

Even when wrapped in a protective case, the Galaxy S22 Ultra looks a lot like a sequel to the Galaxy Note 20 Ultra, and that’s because it essentially is, even though it doesn’t bear the “Note” name. Although nothing’s official until it is, most leaks so far — including the images below — reveal that Samsung has settled on the “Galaxy S22 Ultra” moniker for its next premium device.

Samsung will unveil the Galaxy S22 series at Unpacked 2022 on February 9. It should cost about the same in Europe as the Galaxy S21 lineup did at launch last year, though all three models will probably ship with fewer accessories in the box. 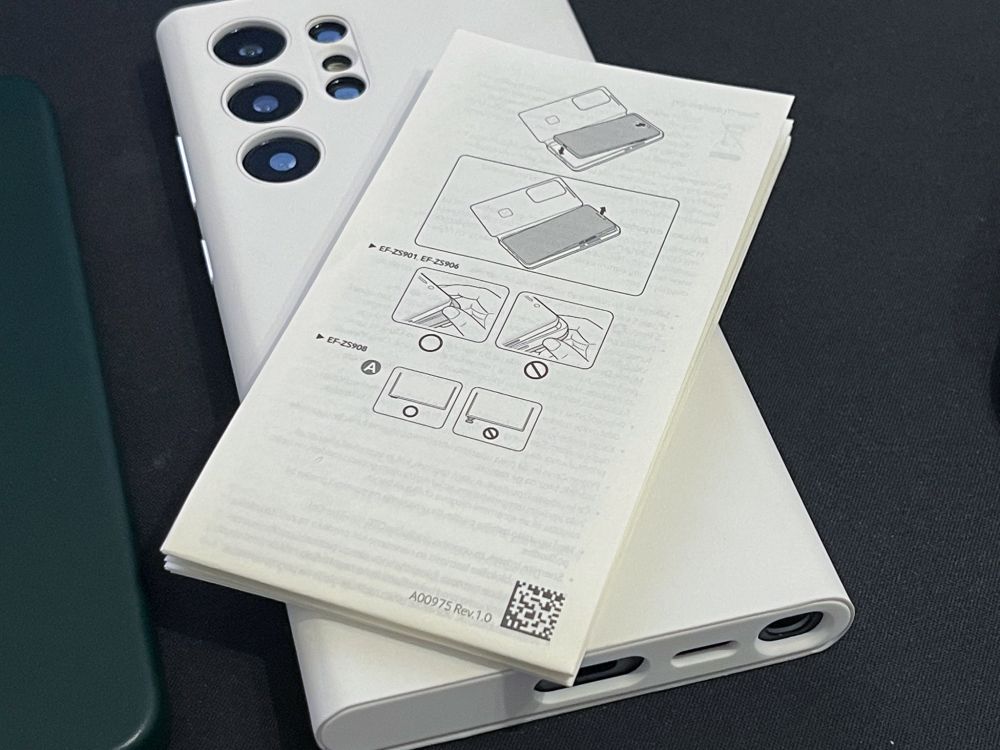