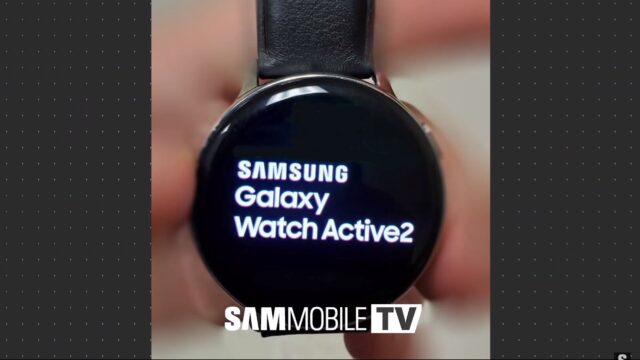 We first reported two weeks ago that Samsung already has a Galaxy Watch Active 2 in the pipeline. There is now an expectation that perhaps we might see this wearable device being unveiled alongside the Galaxy Note 10 on August 7.

Much has already been revealed about the new features of this smartwatch. As you’d expect, Samsung is going to offer it in multiple finishes. A leaked image shows that the Galaxy Watch Active 2 will be available in rose gold as well.

Galaxy Watch Active 2 will be offered in rose gold

We leaked the first live images of the Galaxy Watch Active 2 a couple of weeks ago. It was also confirmed that this smartwatch will be available in both 40mm and 44mm sizes. Customers will be able to choose from a Wi-Fi and LTE model.

The Galaxy Watch Active 2 is going to bring a lot of new features. It will allow users to take an ECG right from their wrist and even receive Afib notifications. Fall Detection will be present onboard as well. These new features will certainly elevate Samsung’s smartwatch game.

The rose gold color option seen here appears to have a slightly more pinkish hue to it. It’s going to be a good option for customers who like their smartwatches to be a bit more colorful. Women particularly like it so Samsung will be able to tap that demographic as well.

An earlier leaked image suggested that a leather band may also be offered with the device. It’s possible that it may come with the larger 44mm model while the smaller model would retain the silicone band.

There’s no word as yet on the pricing and availability information for this device. Given that its promotional images have the same style as those of the Galaxy Note 10, there’s a good chance that it may be unveiled on August 7 with the new flagship. 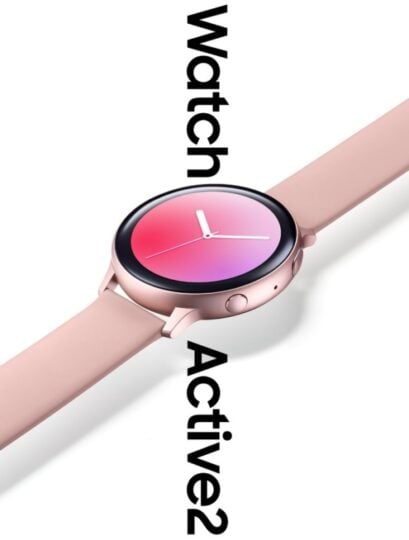