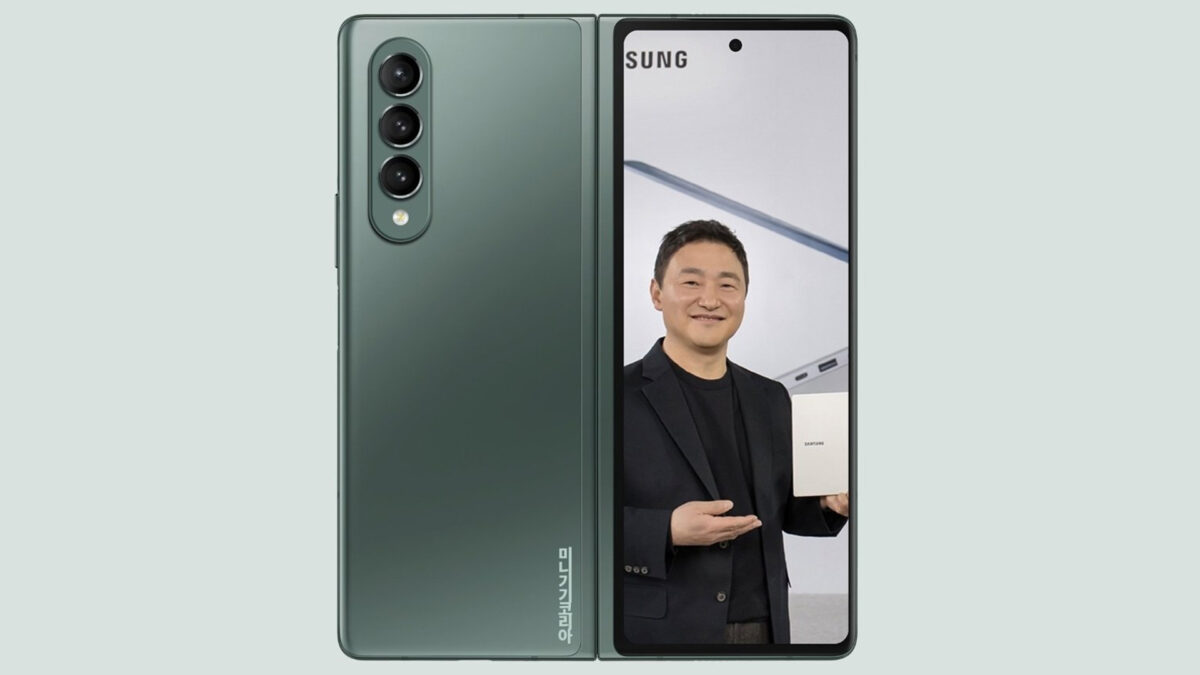 The Galaxy Z Fold 3 will be Samsung’s next big smartphone launch this year. The device is rumored to bring various improvements over its predecessor, including an under-display selfie camera that will make the foldable display devoid of any punch-hole cutout or notch. Now, more information regarding the under-display camera has been leaked.

According to Ice Universe (@UniverseIce), the under-display selfie camera on the Galaxy Z Fold 3 will have 40% higher light transmittance when compared to under-display cameras on existing smartphones. It means that the camera can absorb more light, leading to relatively brighter images and videos with less noise. However, the part of the screen above the camera might display a mosaic pattern (as visible in the image below), especially when there’s white background.

The smartphone is rumored to feature the Snapdragon 888 processor, 12GB/16GB RAM, and 256GB/512GB internal storage. It has a 6.2-inch Super AMOLED Infinity-O cover display with a 120Hz refresh rate and a punch-hole cutout for the selfie camera. The internal 7.5-inch foldable Super AMOLED display with QHD+ resolution and a 120Hz refresh rate. Both screens could have HDR10+ certification. The device is also rumored to be compatible with an S Pen.

The Galaxy Z Fold 3 will have an IP rating for dust and water resistance. It will have a 10MP selfie camera under the cover display and a 16MP selfie camera under the foldable display. At the rear, the smartphone could feature a triple-camera setup with a 12MP wide-angle camera, a 12MP ultrawide camera, and a 12MP telephoto camera with 2x optical zoom. All cameras should be capable of recording 4K 60fps videos.

The phone’s battery capacity was leaked earlier, and a 4,400mAh battery will power it. The phone is expected to feature AKG-tuned stereo speakers, GPS, 5G, Wi-Fi 6E, UWB, Bluetooth 5.0, NFC, and a USB Type-C port. The device will be launched with Android 11-based One UI 3.5 on board with enhancements to all the stock apps to behave better on both screens.